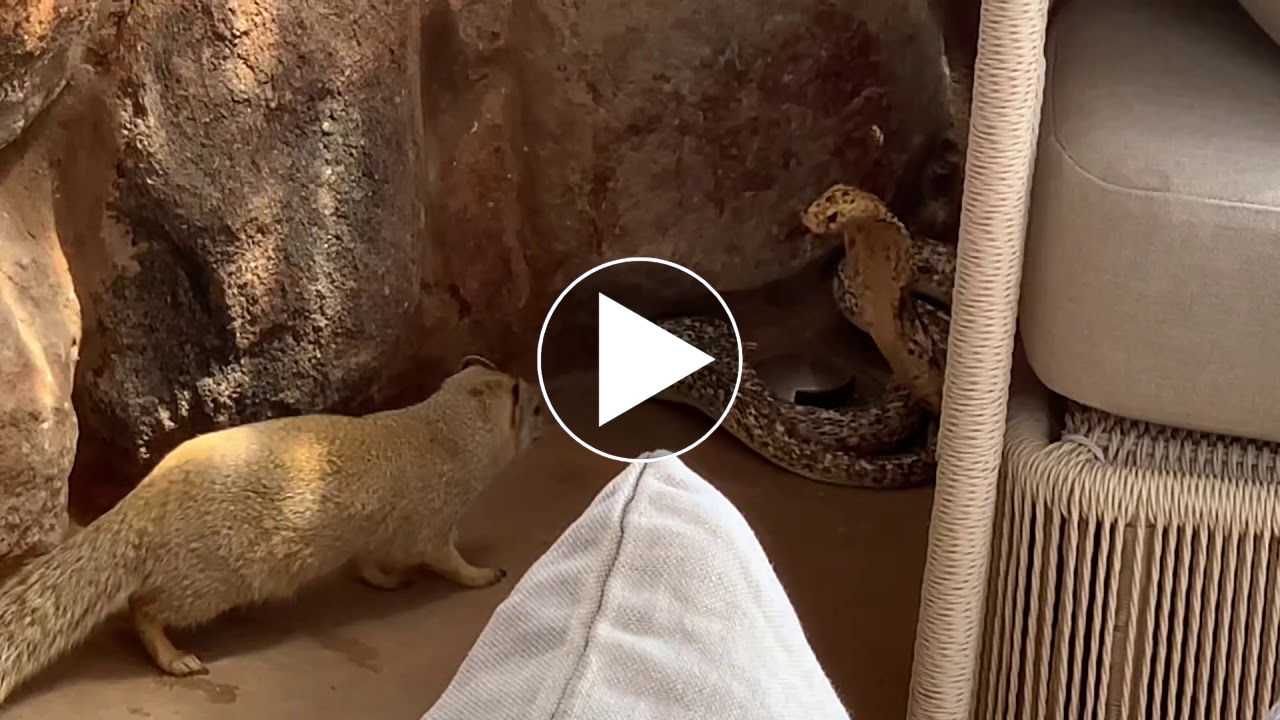 I had watched this yellow mongoose the day before moving around and checking under all the stones, The next day he was back and I had my cell phone with me so I started a video, well to my surprise the Cape Cobra appeared and what incredible interaction between the two one brave little mongoose.

Cobra was smart, The only way he’s going to survive is to evade, The mongoose’s primary tactic is to wear the cobra down until his strikes become labored, That’s when the mongoose goes in for the kill.

I hope ppl appreciate just how intelligent these creatures are, With persistence, the mongoose baited and harassed the cobra out of the corner into an open space where it had the advantage, The reflexes are impressive, but its strategy of luring the snake was more impressive.