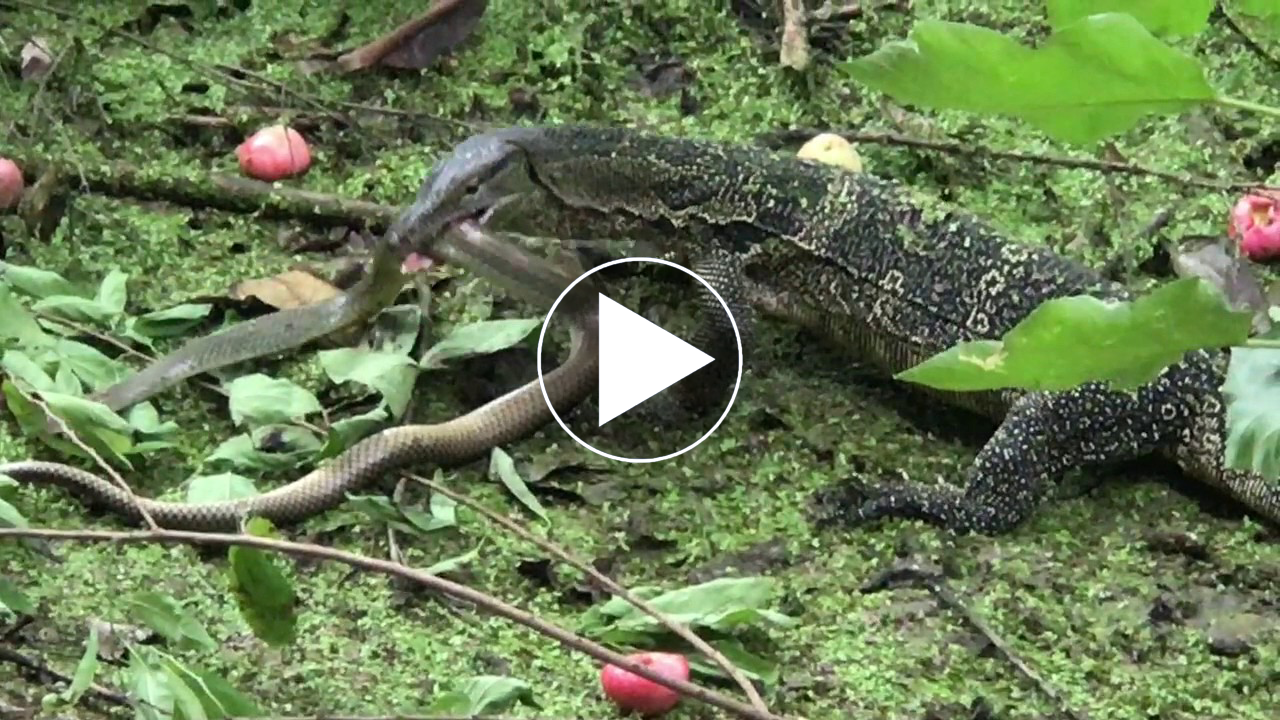 Those water monitors are amazing. They’ll pretty well eat anything they can fit in. I had one in my garden in Thailand that specialized in eating toads, Not a pretty sight! But young ones also get eaten by snakes sometimes, especially golden tree snakes and king cobras. I’ve never seen it myself, But I was lucky enough to film a golden trees snake eating a gecko once.

It’s probably early in the morning or late at night and it’s cold, that’s why they’re both so sluggish. That’s a pretty water monitor though, Nice contrast to hitting patterns. Where was this filmed?.

That snake appears to have a wound about halfway down its body. I’m guessing it went into shock, Otherwise this would’ve been an epic battle. I think the monitor broke one of the snake’s ribs. You can hear what sounds like a crunching sound, And afterward, That part of the snake is all bloody and squished. Ouch, that’s gruesome.