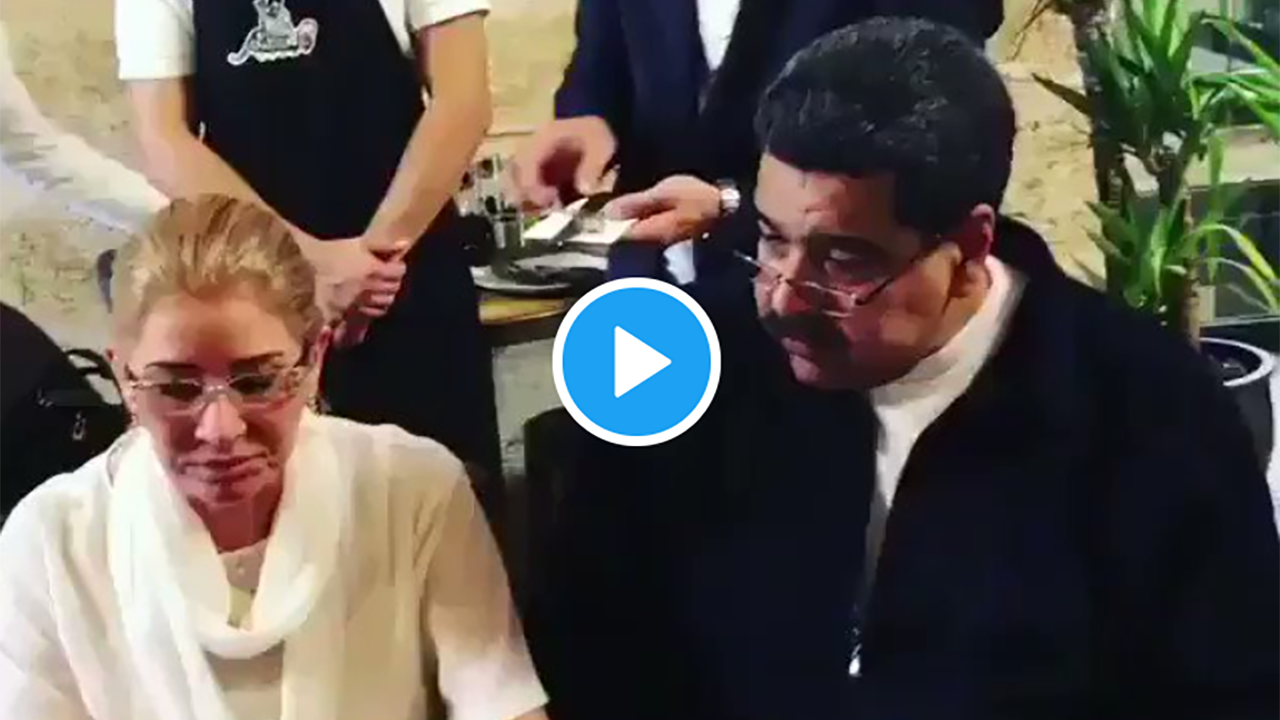 The president of Venezuela has been heavily criticized on social media after he was filmed eating at the renowned restaurant of celebrity chef Nusret ‘Salt Bae’ Gokce.

Nicolas Maduro, whose own country is currently going through a food crisis with millions of people said to be starving, was seen eating a steak and smoking a cigar in one of Gokce’s restaurants’ in Istanbul, Turkey.

In a video shared by journalist Yusnaby Perez, Maduro is seen conversing with the cook and holding up one of the ‘Salt Bae’ t-shirts, with Reuters reporting that he said: “This is a once in a lifetime moment”.

The footage of the South American leader enjoying himself at the restaurant, which sells steaks at prices ranging from $70 to $275, caused outrage given the situation in Venezuela.

A study published earlier this year found that around 87 percent of Venezuelans are currently living in poverty, with high food prices forcing millions to miss meals.

Maduro soon found himself being lambasted on social media with many commentators and politicians criticizing the socialist for dining at such an establishment.

Maduro is believed to have visited the restaurant on his way back from a trip to China where he was aiming to get more loans to assist his nation but the stop off and its subsequent coverage appears to have backfired badly.