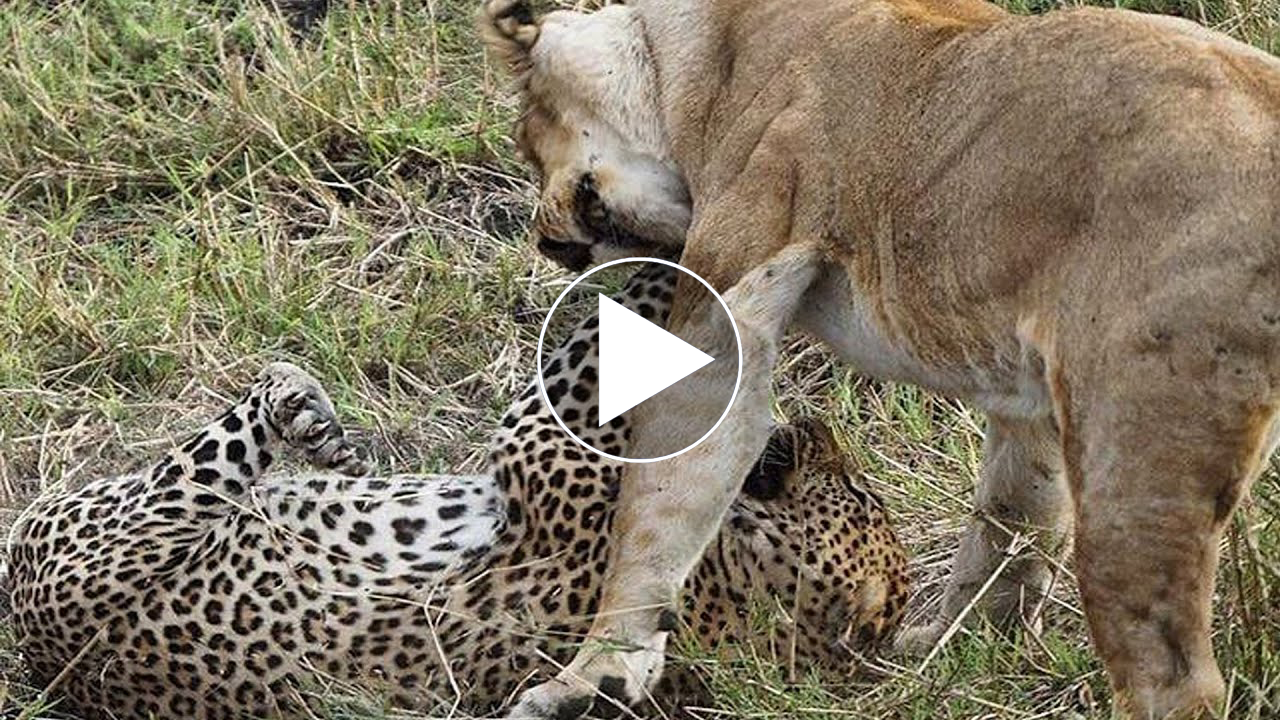 It’s got to be both bewildering and terrifying for leopards to see a lion climb up after them. They have basically lost their sole advantage. This is why you can NEVER underestimate a leopard, Shows you fierce leopards can be, even lions think twice without the element of surprise on their side. The leopard is one of the fiercest fighters amongst the big cats.

Does anyone else notice how the leopard stays lying on its back to protect its neck? Straight survival instincts, Leopards are amazing animals, they’re really intelligent and strong, and they’re the most successful hunters in the big cat’s species. Fascinating how the 1st pride didn’t attack the leopard yet were curious about it while the lion on the 2nd pride attacked it though the lionesses held back the male the 1st pride felt no threat especially since there were no cubs.

The queen was respecting life. They saw the fight and spirit of the leopard and chose to let it live. Cause if they wanted they could have killed the leopard easily, especially with 2 big males on the scene. They are the king and queens cause they have their own social kingdom their pride.