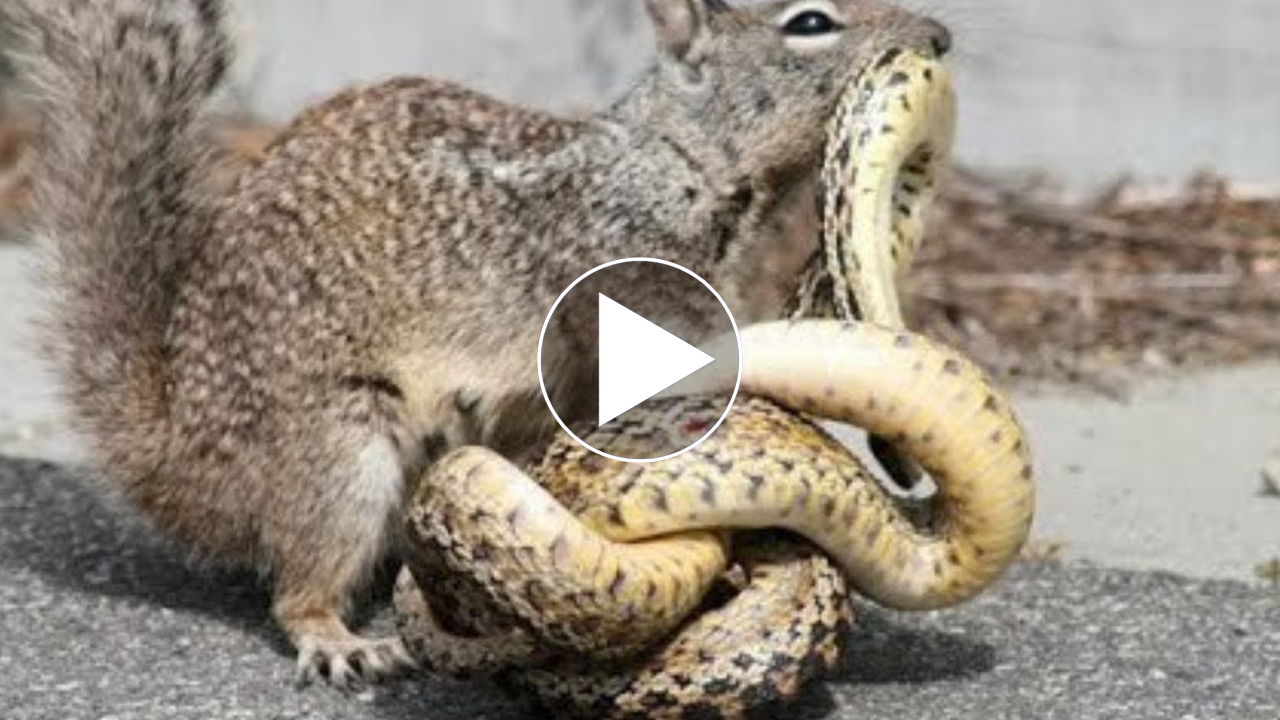 Snakes are always seen as vicious predators, but they also have enemies they must be wary of. Have you ever seen a kangaroo rat take on a snake? What about a mongoose. If you want to see some small killing machines in action, keep watching, as we look at the top 45 incredible moments when snakes were brutally defeated by rodents and mammals.

In case you didn’t know, squirrels are great at killing snakes and the squirrel in this video shows exactly how it’s done. He crushes the snake’s body with his razor-sharp teeth.

A cape ground squirrel goes up against a cape cobra, determined to keep the snake away from her nearby burrow. Mom knows the snake is out to eat her babies and it will be over her dead body. The cobra tries to intimidate the small rodent by exposing its hood, but the squirrel stands his ground and doesn’t let the snake pass.