This video will surprise you, for the first time this snake swallowed that snake alive 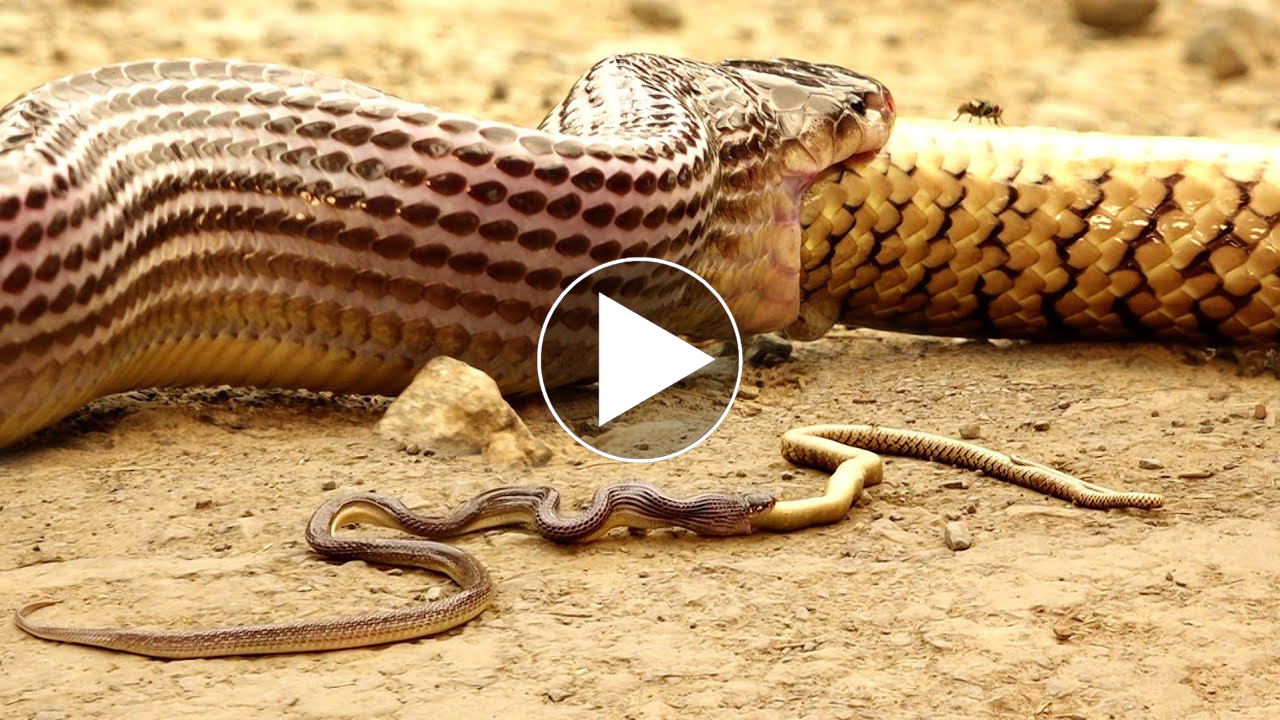 Amazing!, Today your video seems like a discovery channel, The snake swallowed the snake equal to itself till today I had only heard about this king cobra, Today for the first time I saw that a krait can also do this.

All those who are commenting here saying it’s not Krait. Let me tell you this is indeed a Krait snake but not a common Krait with white bands we generally see. This is a different species called Bungarus Lividus also called lesser black Krait which is usually not completely black in color and doesn’t have white bands.