This man saved a dying crocodile, and the two became best friends for over two decades 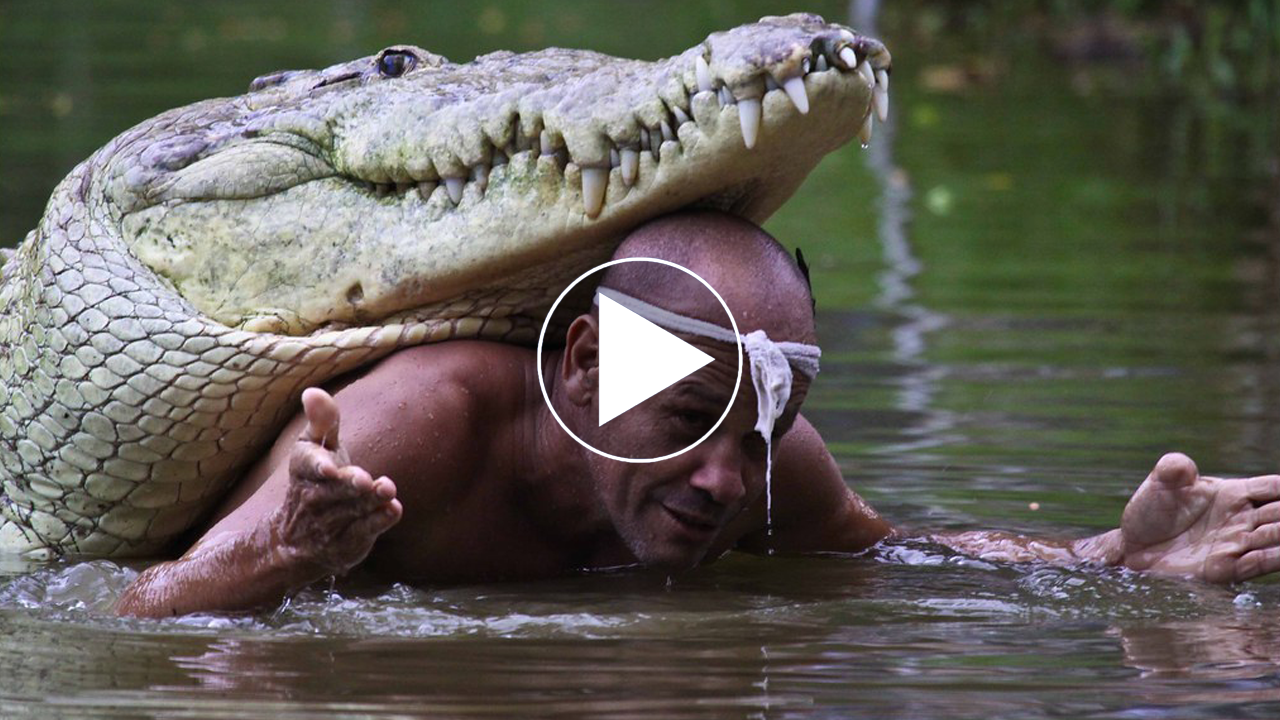 Which of your pets has been the most dangerous? Whatever it is, it is nothing compared to a five-meter-long, 500-kilogram crocodile!.

Yet, this is the pet that Gilberto Shedden, a Costa Rican, ended up with. 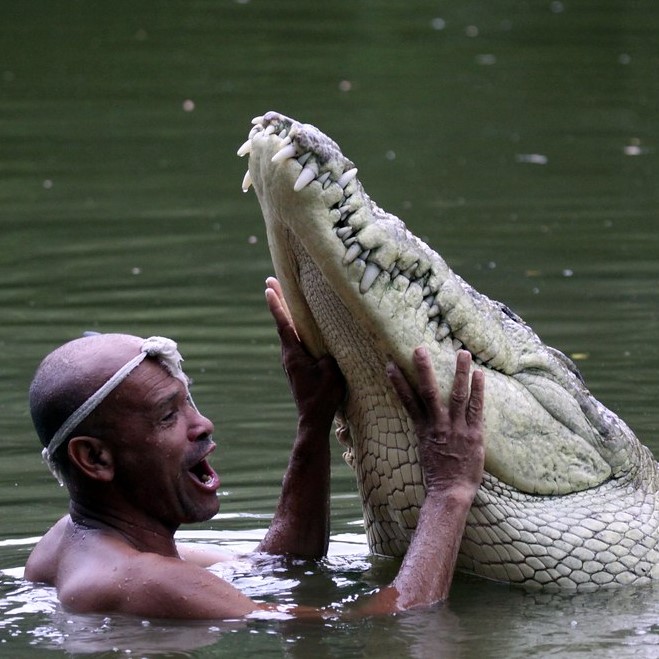 For more than 20 years, he swam in the river with Pocho, a massive and terrifying-looking crocodile.

Pocho was discovered dead on the banks of the nearby Reventazón River in 1989 by Shedden, a fisherman, tour guide, and naturalist from Siquirres, Limón Province, Costa Rica.

He realized that the crocodile had been shot in the head through the left eye upon closer inspection (as it turns out, by a local cattle farmer, enraged by the animal preying on his herd of cows). 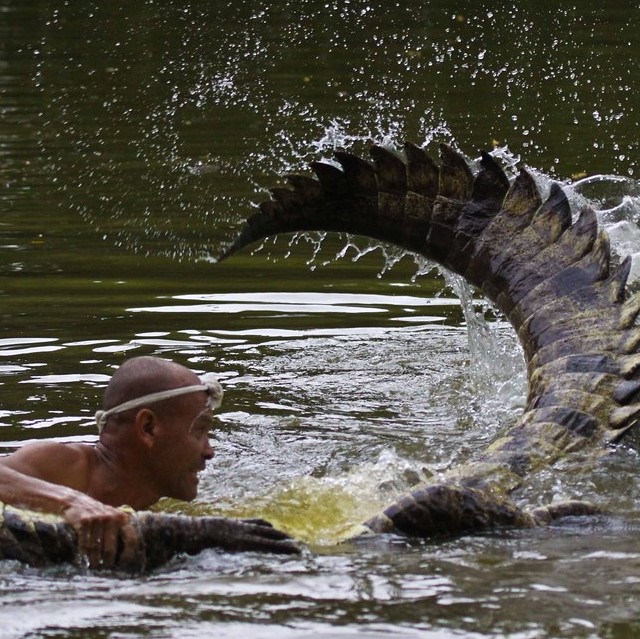 Shedden decided to bring the crocodile home in his boat and nurse him back to health.

Shedden fed the crocodile 30 kg (66 lb) of fish and chicken per week for six months and even slept with it in his home at night.

He also gave it kisses and cuddles while chatting to it and touching it to encourage it to eat by simulating food chewing with his mouth. 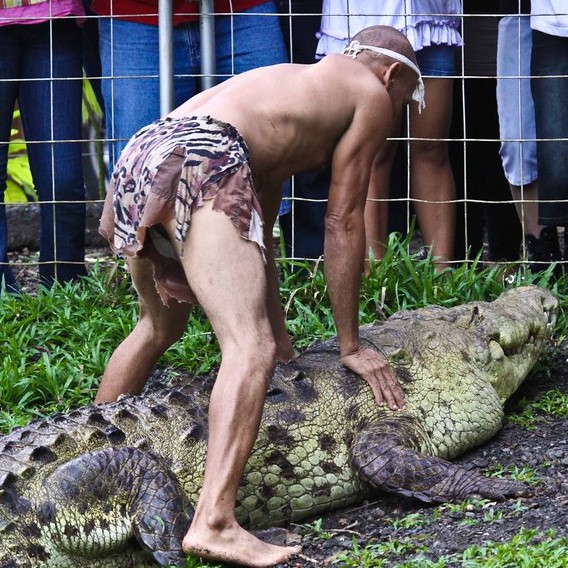 Shedden later remarked that simply feeding the crocodile would not have been enough to help it recover, and that “the crocodile needed my love to regain the will to live.”

Shedden had to secure the required wildlife permissions from Costa Rican officials before he could legally possess and rear the crocodile, which he named Pocho.

He kept the crocodile in a hidden pond deep in a nearby woodland till that happened. 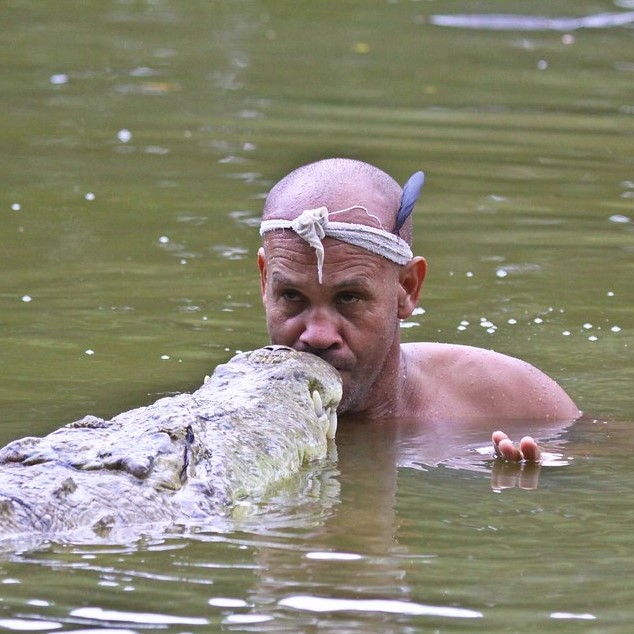 Shedden intended to reintroduce Pocho to the wild, so he released him in a neighboring river once his health healed.

The next morning, though, the man discovered the crocodile had followed him home and was sleeping on his veranda.

Pocho was allowed to stay by Shedden, The crocodile, together with Shedden’s second wife and daughter, resided in the lake outside his house from then on and was considered a member of his family. 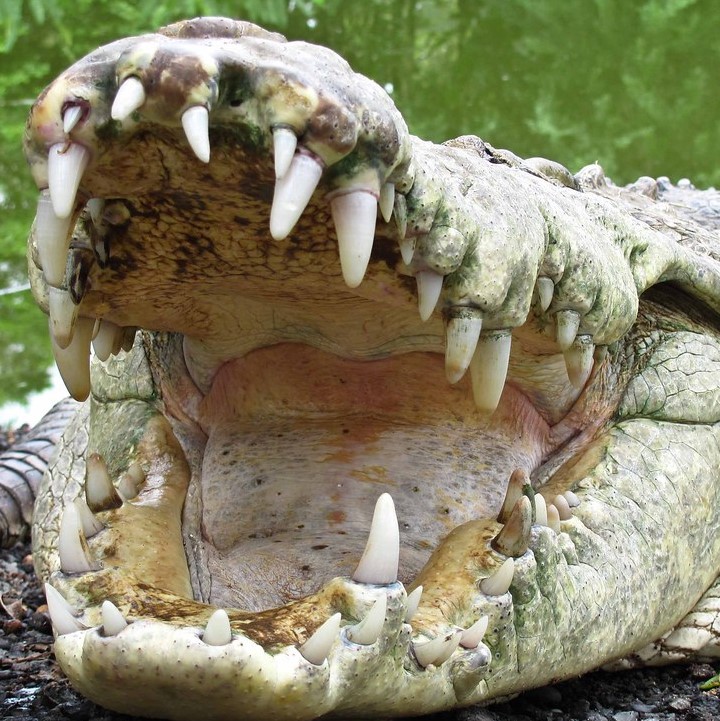 (His first wife had abandoned him because he spent too much time with the crocodile.)

Shedden swam with the crocodile in the river outside his house for more than two decades, primarily at night, conversing and playing with Pocho while hugging, kissing, and caressing him.

He even got the reptile to reply when his name was shouted. 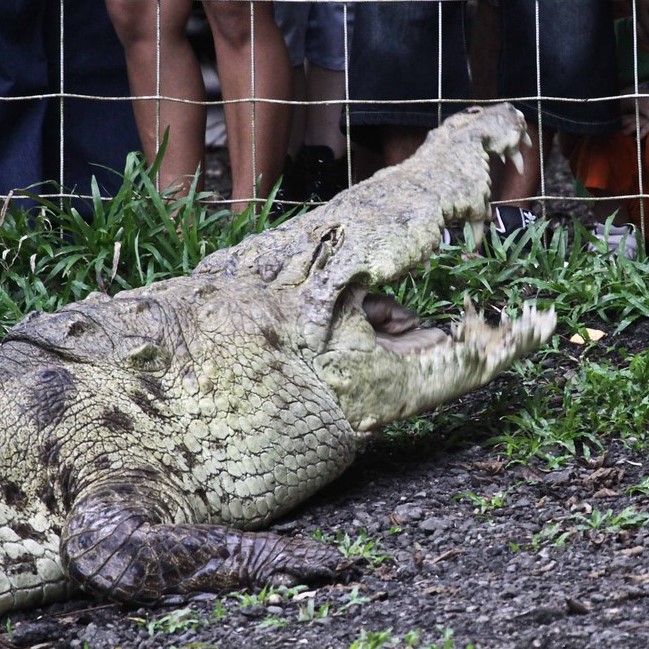 Shedden and Pocho performed a weekly routine for tourists from all over the world in a 100 m2 (1,100 sq ft) artificial lake at Finca Las Tilapias in Siquirres, Costa Rica, for more than a decade.

South African filmmaker Roger Horrocks caught the couple soon before Pocho’s death in the video documentary “The Man Who Swims With Crocodiles.” 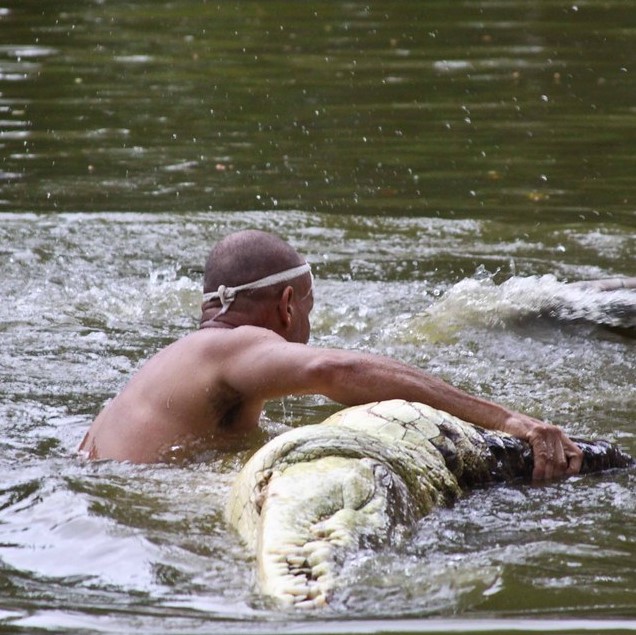 The filmmaker thought that Shedden’s life was at risk every time he stepped into the water with the crocodile, citing examples of humans being attacked by their reptilian pets even after a decade or more of intimate ownership.

“After two or three years, anything could happen, maybe,” Shedden remarked, “but nothing has ever happened after 23 years of loving each other, so I don’t think so.” 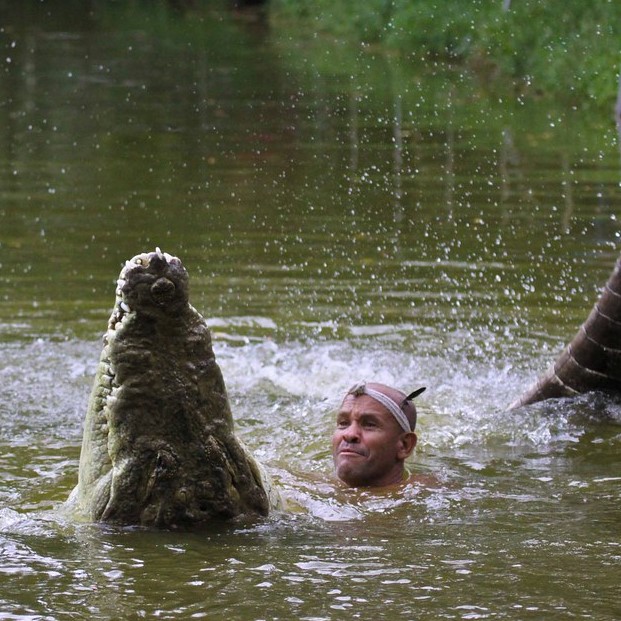 No, they were simply too close to each other for something like that to occur, Consider this: when Pocho entered the water, one of his actions was to dash at Shedden with his mouth open.

Before going too close to him, the crocodile closed his mouth and instead accepted a kiss on his nose.

On October 12, 2011, Pocho died of natural causes in the water near Shedden’s home in Siquirres. 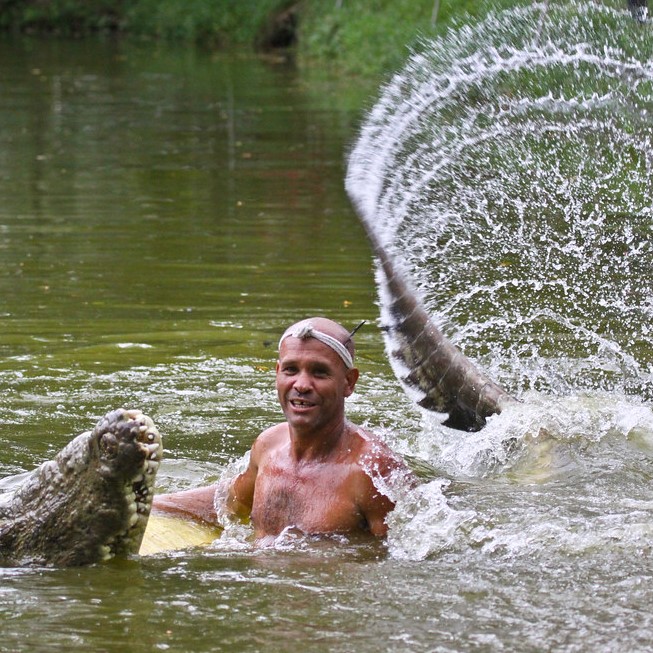 Shedden sang to the crocodile while holding its “hand” at a public burial, which was attended by friends and fans.

Pocho’s taxidermied remains are on display at the Siquirres town museum behind glass on a permanent basis.

Shedden is now working with Pocho II, a new crocodile, The man had seen the crocodile on the river near his house several times while fishing and had fed it, while the animal allowed him to pet it. 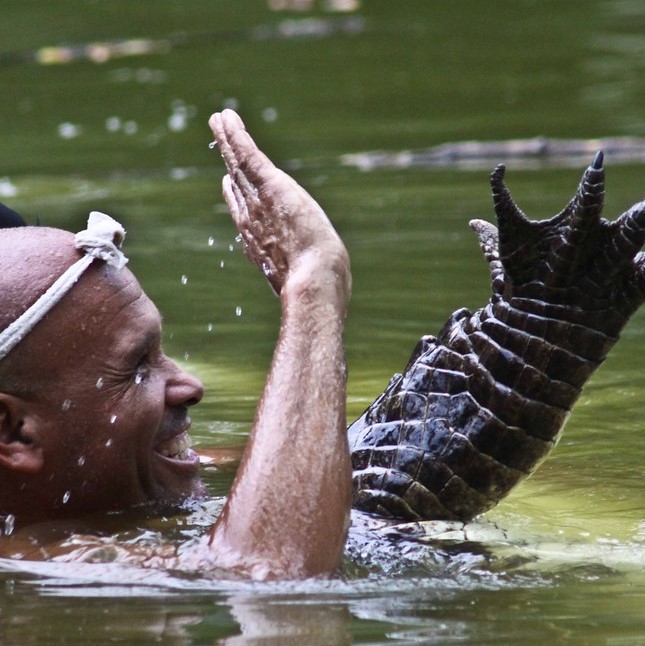 However, because the circumstances are not the same as Shedden’s bond with the original Pocho, the chances of long-term success are slim.

Pocho was most likely a once-in-a-lifetime gift, but he was surely well-deserved! Goodbye, old pal, Thanks for your like and share.