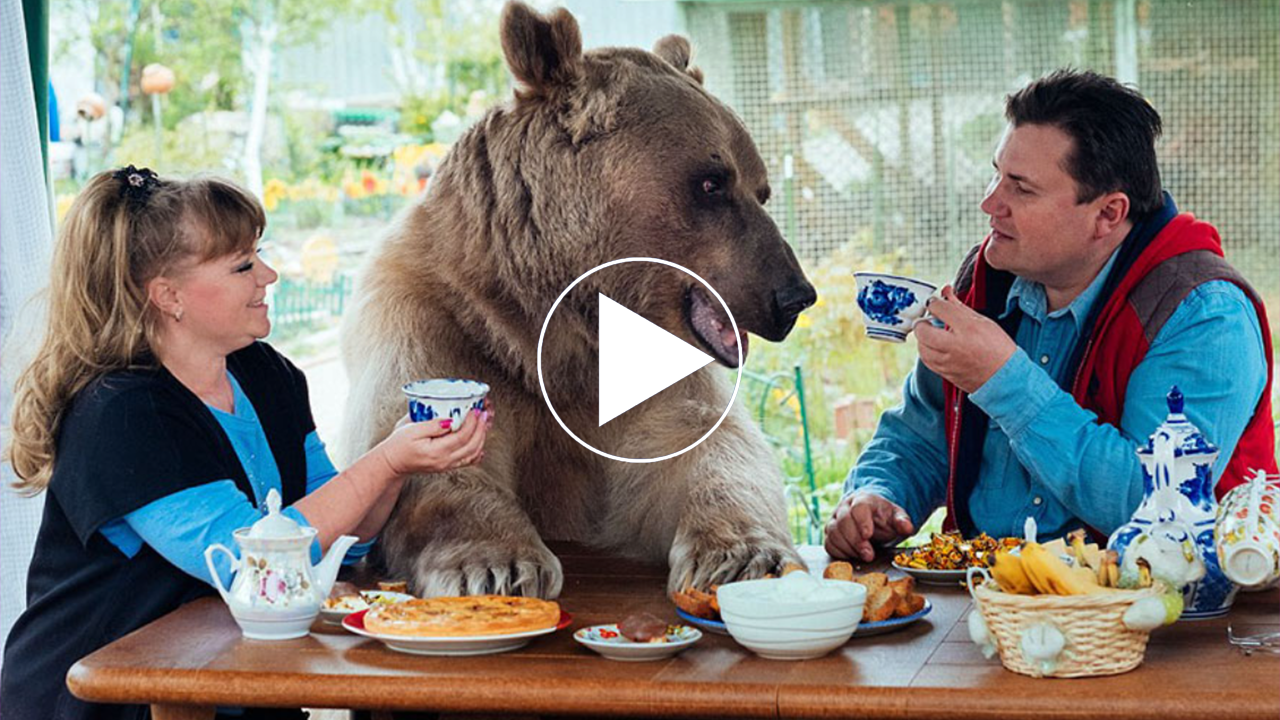 For most of us, the prospect of eating supper with a 300-pound bear is terrifying. 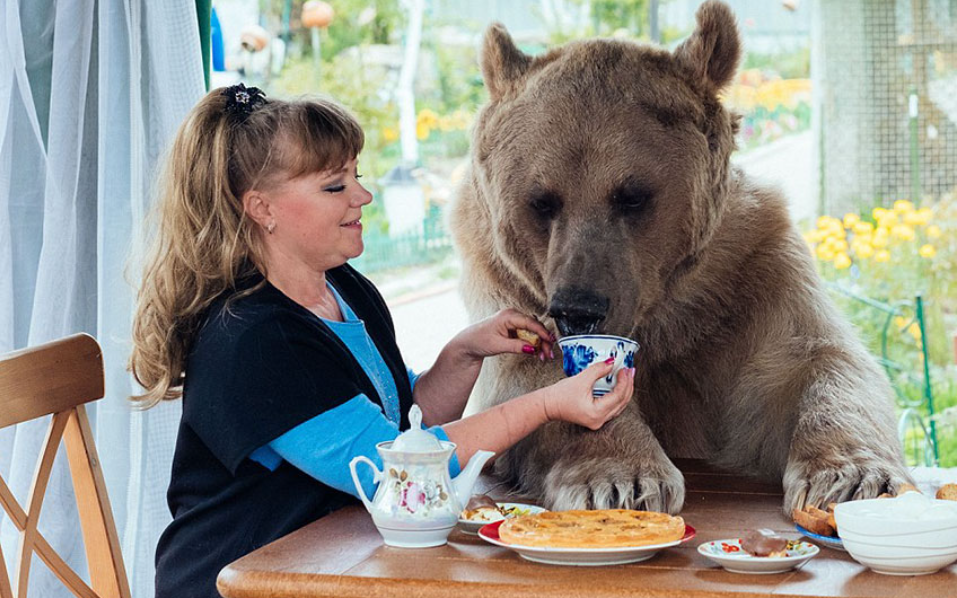 This is actually the norm for a Russian couple. Meet Svetlana and Yuriy Panteleenko of Moscow, along with their domesticated pet bear Stepan. 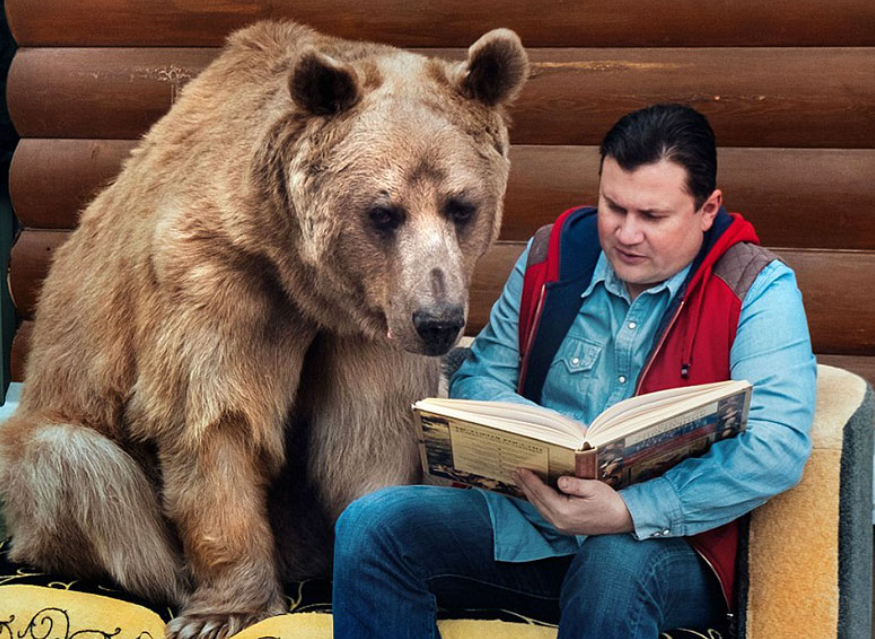 They adopted Stepan when he was just a 3-month-old orphaned cub 23 years ago. 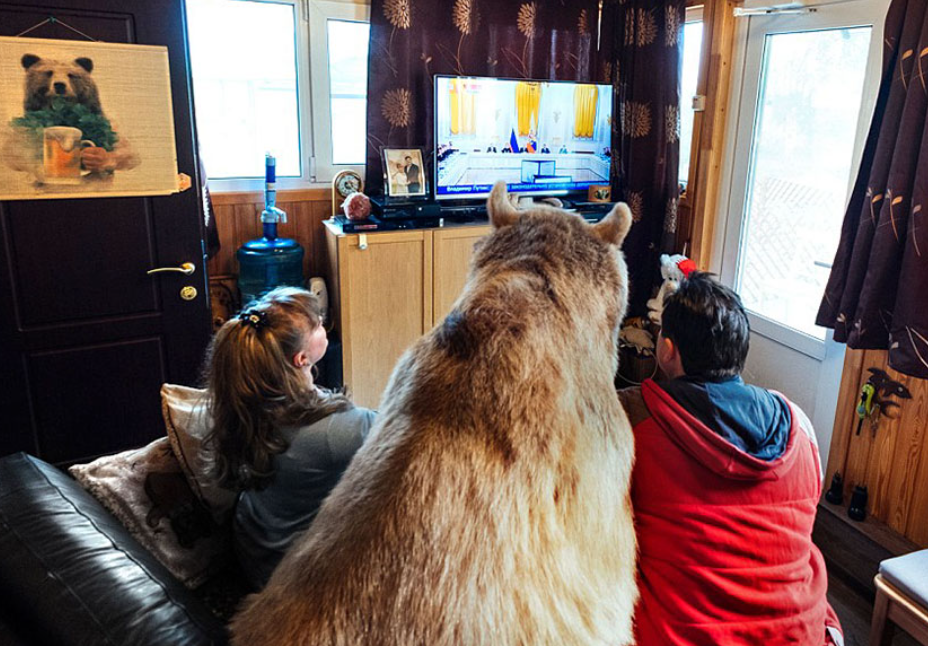 Hunters discovered him alone and in bad shape, so the couple decided to take him in and give him a home. 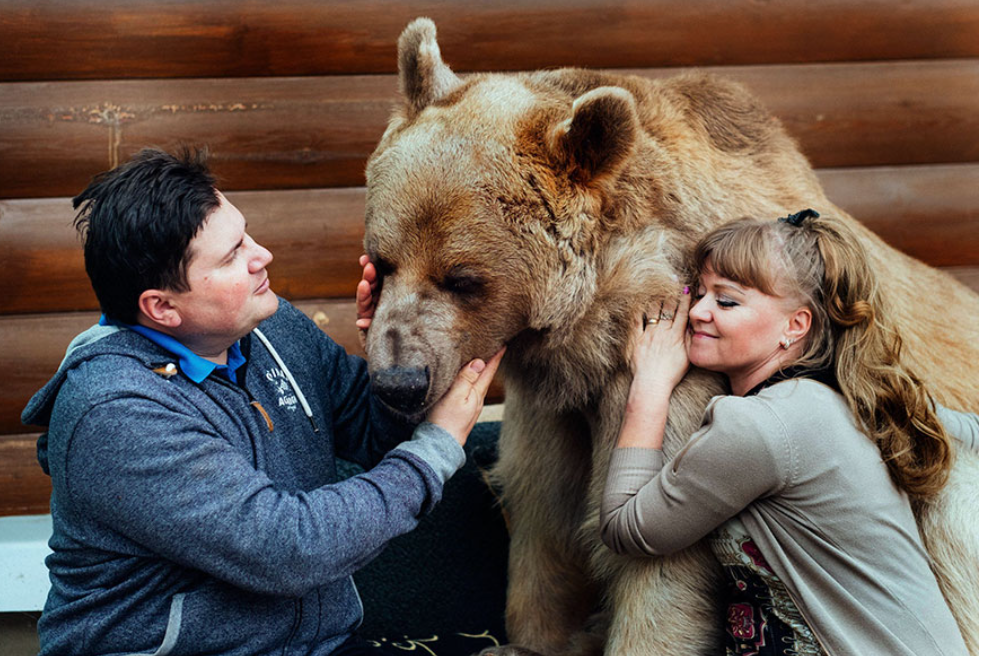 The 200kg, 7-foot brown bear has been with them for 23 years and has matured into a very cute animal. 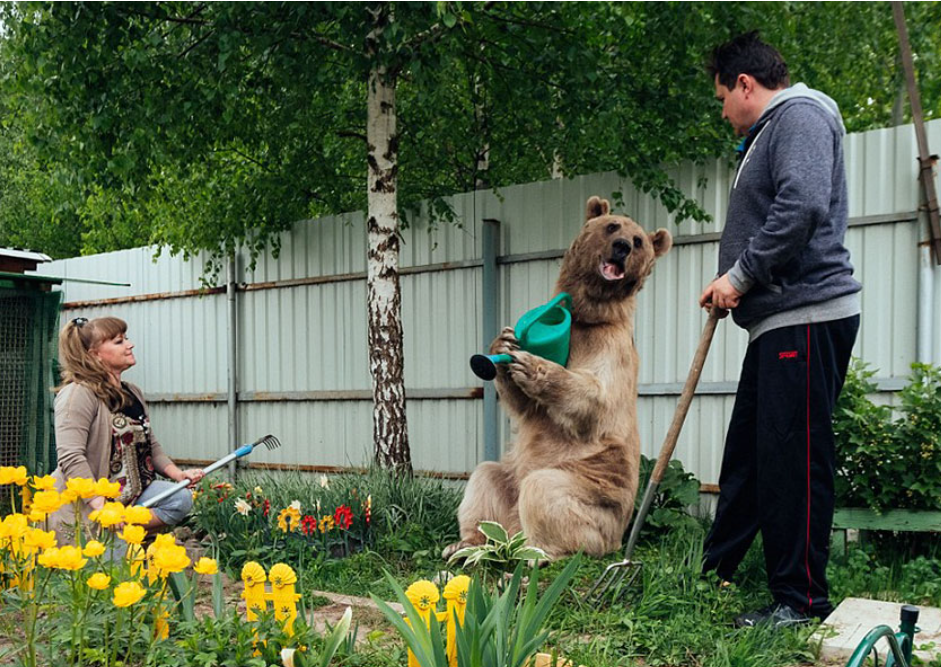 He enjoys watching TV with his humans and even assists them with household chores such as watering plants. 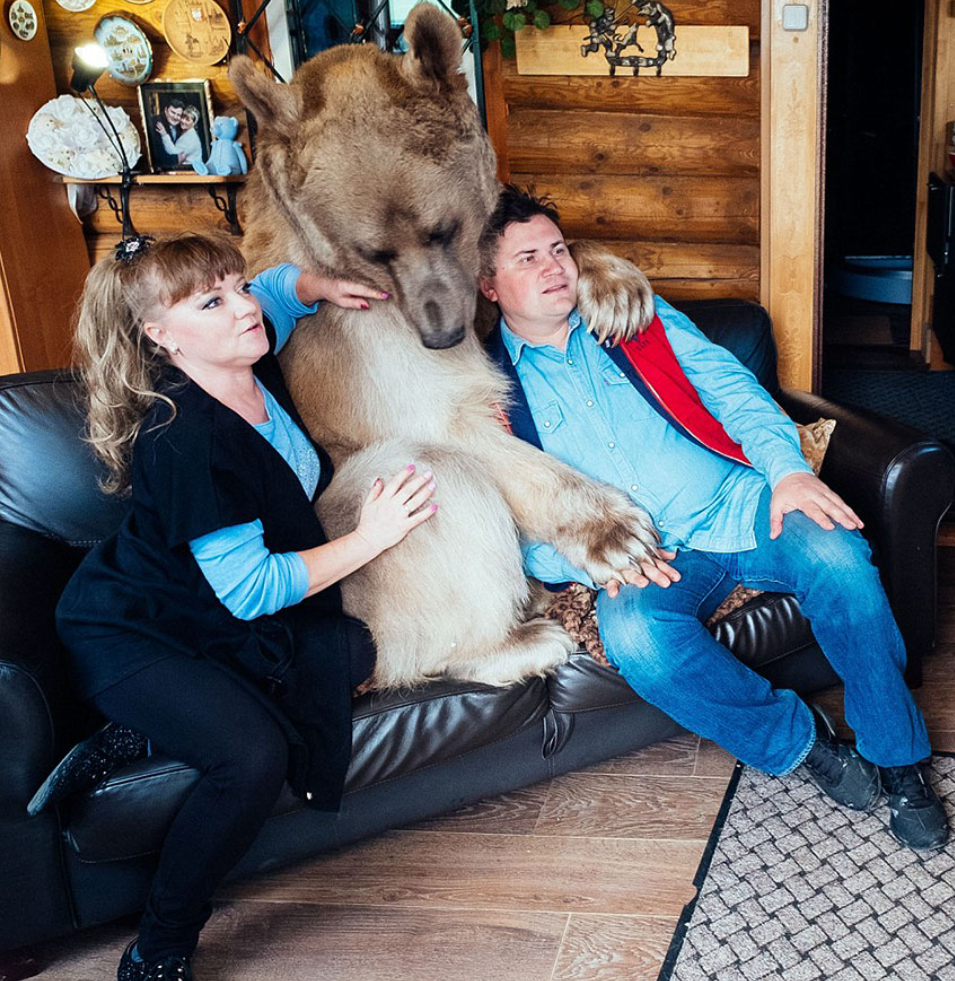 “He is a social bear that likes people and is not hostile at all, contrary to popular belief. Stepan has never bitten any of us.” 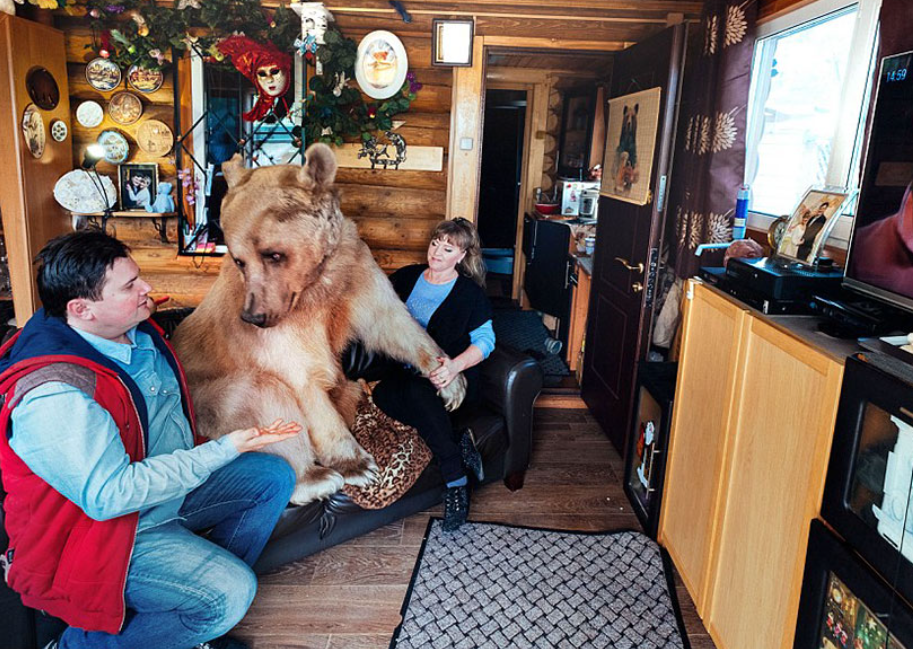 Now, contrary to popular belief, he eats more than one bowl of porridge each day and does have a sweet taste; his favorite food is a can of condensed milk. 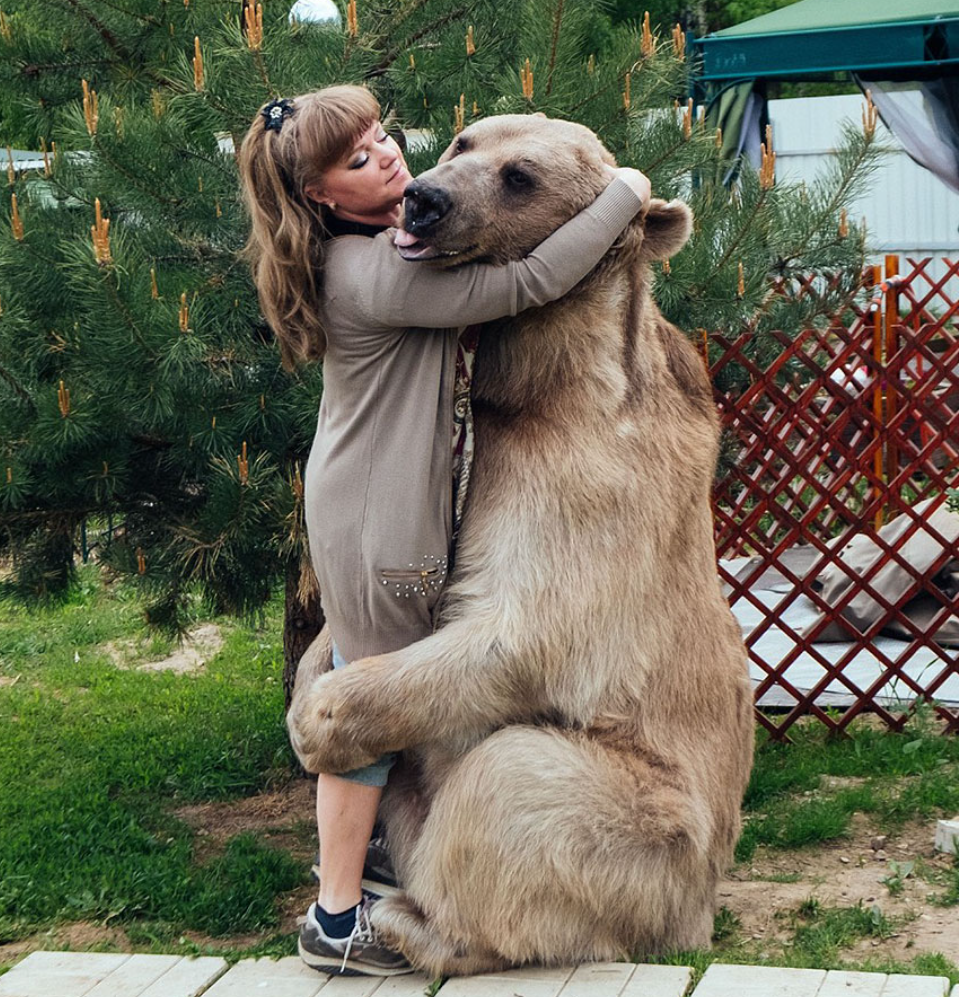 He also consumes a massive amount of food on a daily basis, consuming roughly 25kg of fish, eggs, and vegetables!

But, because of his passion for football, he manages to keep in shape; you couldn’t make this up! He also enjoys acting in movies and posing for pictures. 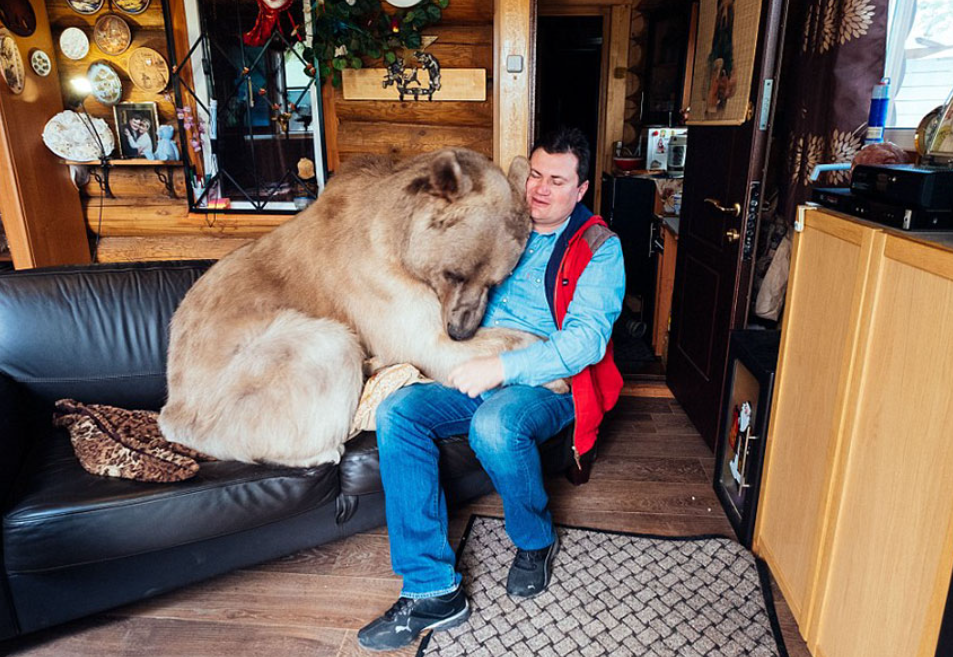 Stepan has a calm demeanor and is frequently found cuddling up to the couple on the sofa.