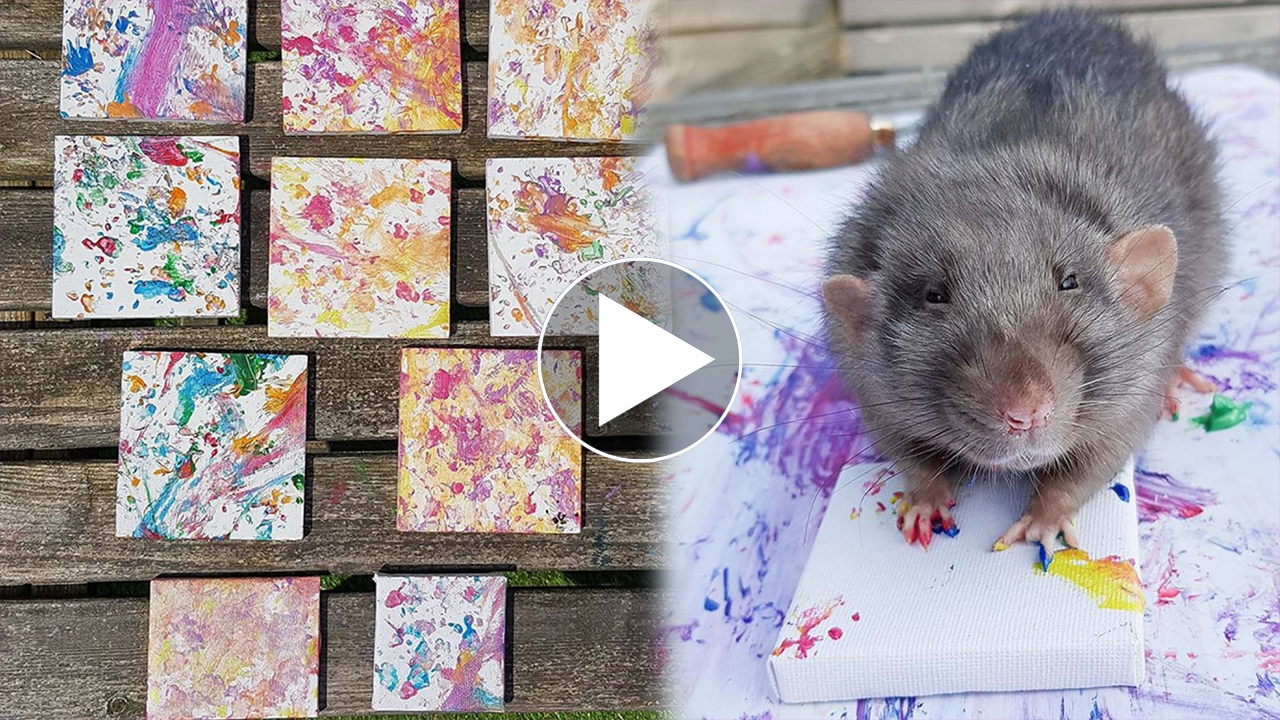 Some animals appear to have creative abilities, but we never imagined rats to be among them!. 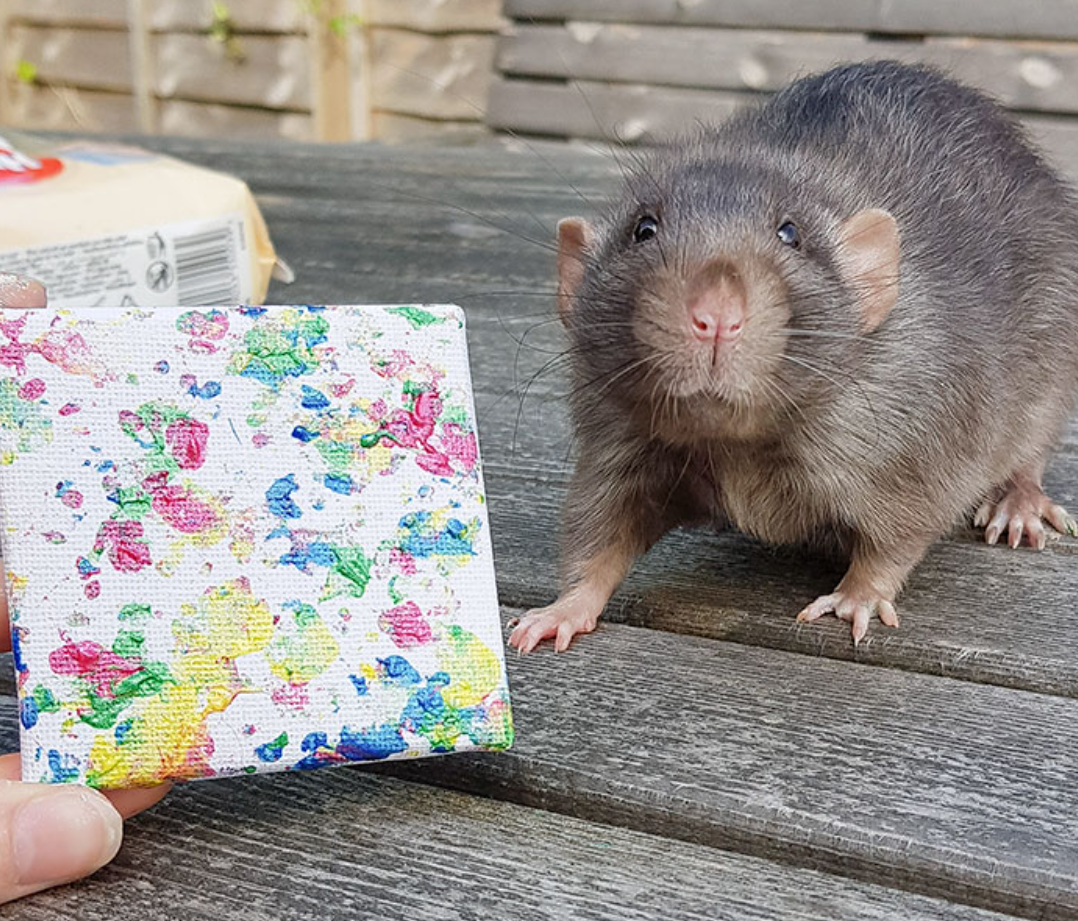 When given some paint and a canvas, Toogood’s Tiny Paws show us just how creative these sensitive and intelligent beasts can be. 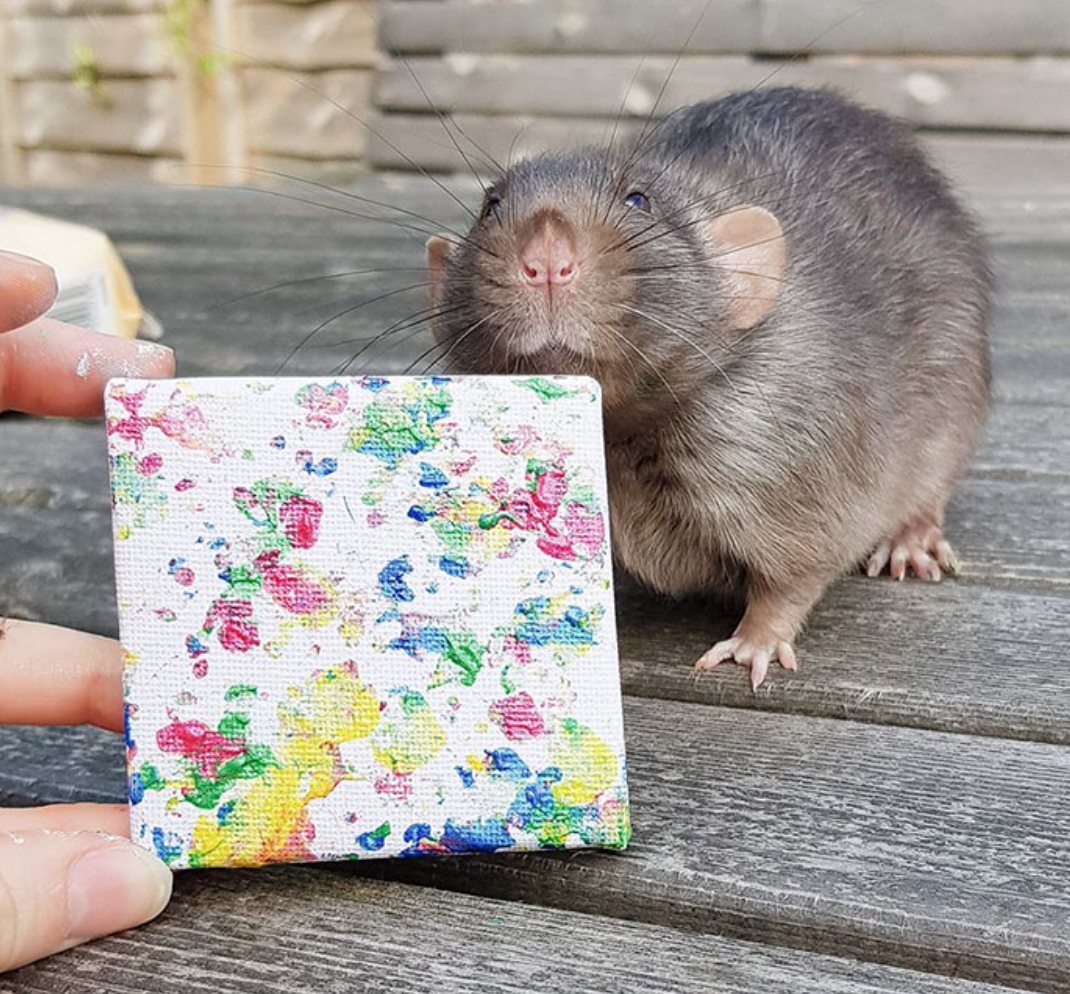 Steph Toogood, the rats’ owner, says, “The idea of painting on canvases occurred to me after I lost one of my babies, Captain Jack Sparrow (Gibbs’ brother) last year (2018).” 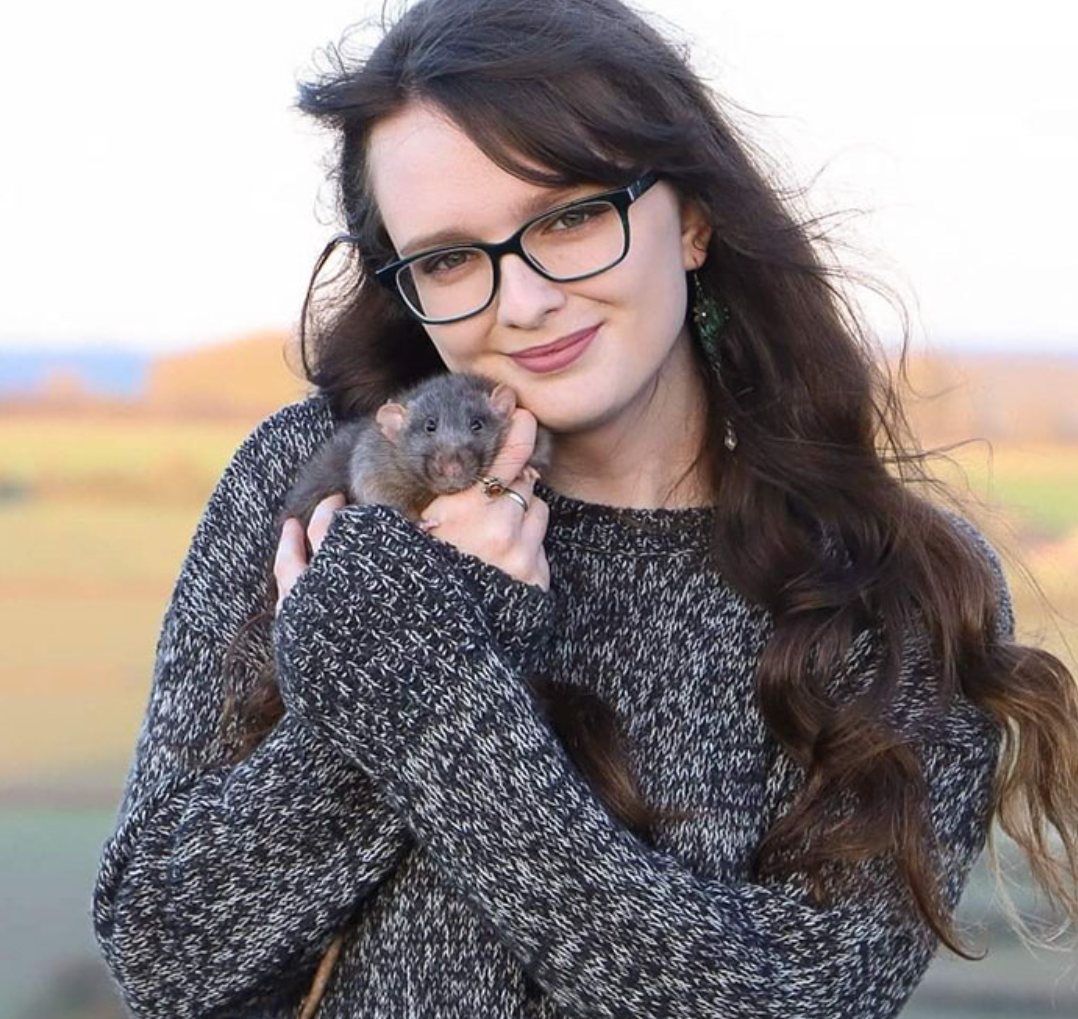 He had unfortunately undergone surgery but had not awoken from the anesthesia, Because Steph worked at a vet’s office, she was able to obtain some paw prints from the rats after Jack died. 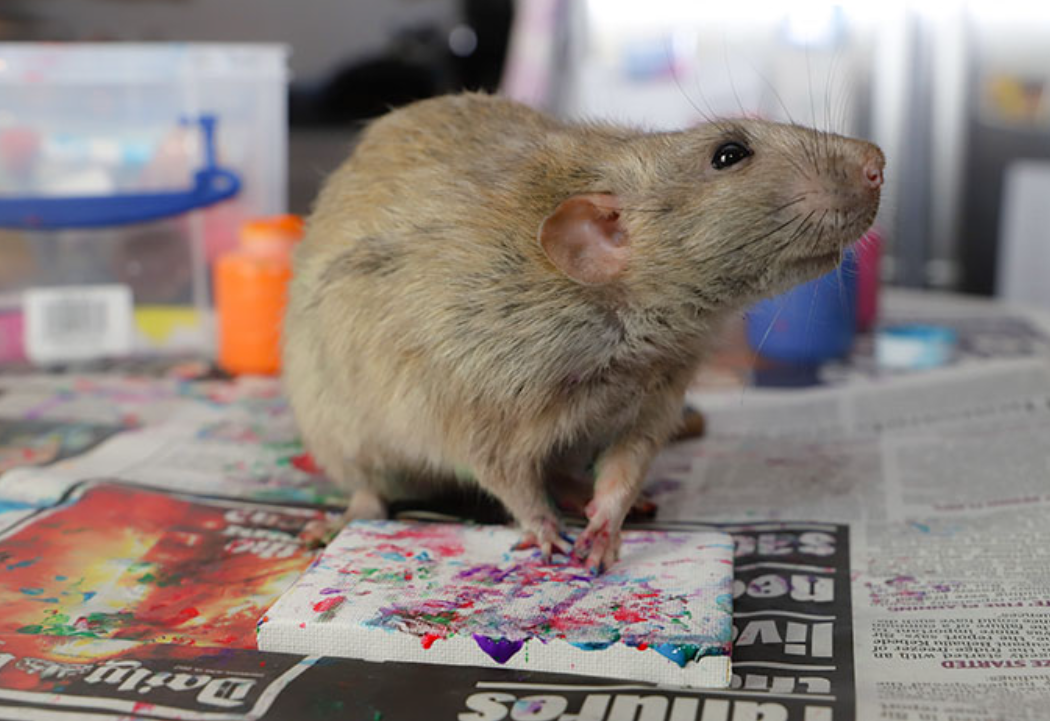 “I thought it would be nice if my boys did something similar while they were still with me to retain when they passed away, so I grabbed some little canvases and paint, and they made memorial pieces for me to keep.” 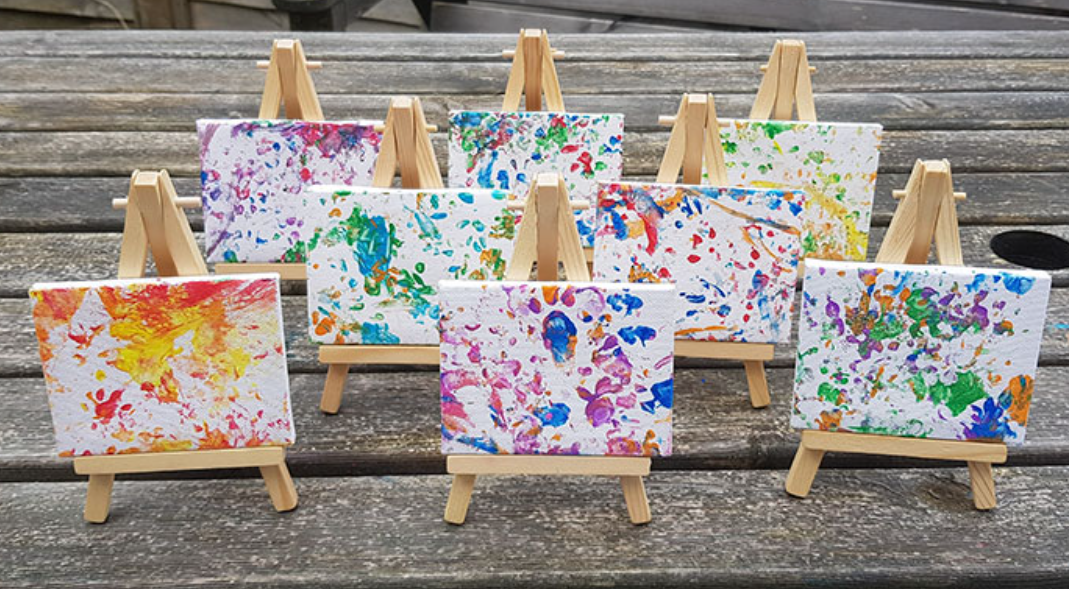 Steph shared some photos of her pets with their small art pieces because she enjoys taking photos, This is what drew the attention of many people who wanted to make their own small critter paintings. 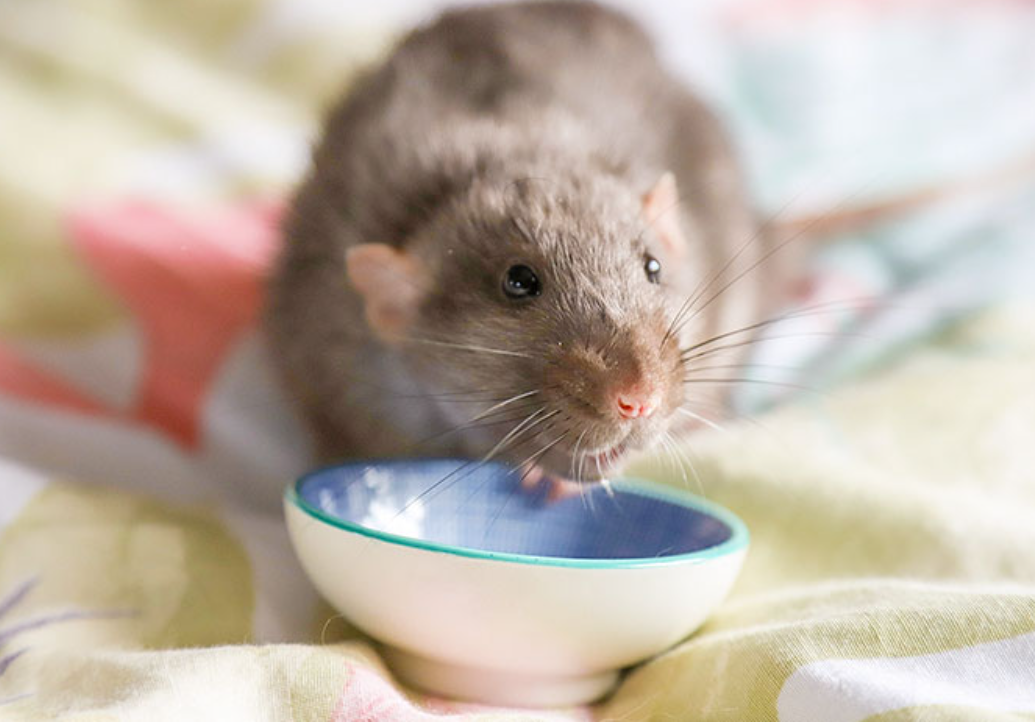 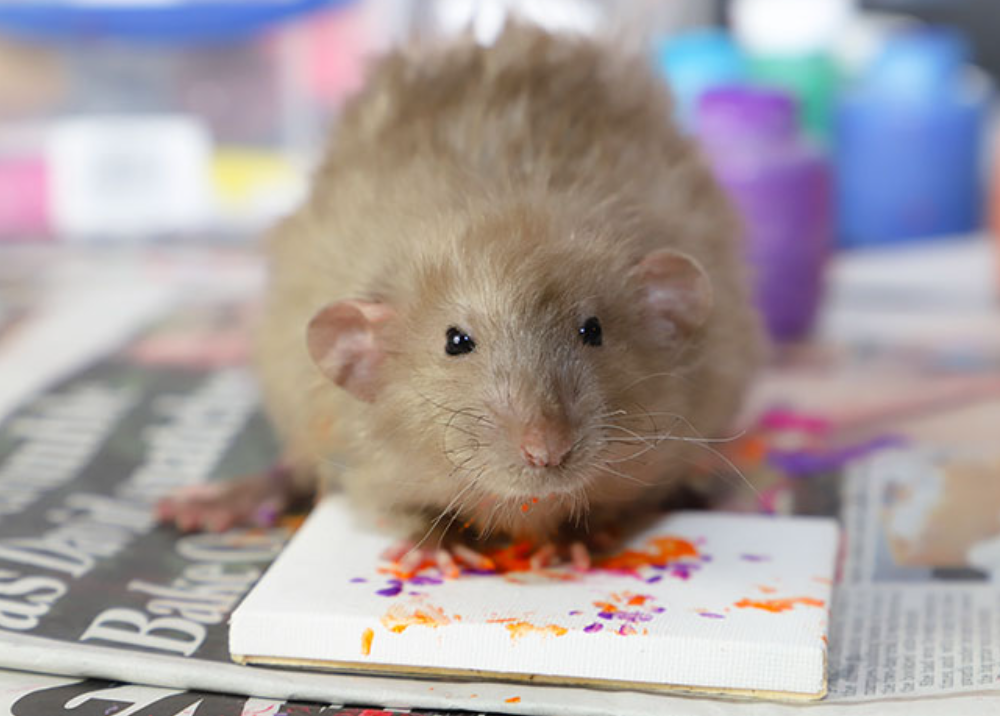 This collective has 12 rats, and before they were artists, they were Steph’s buddies!. 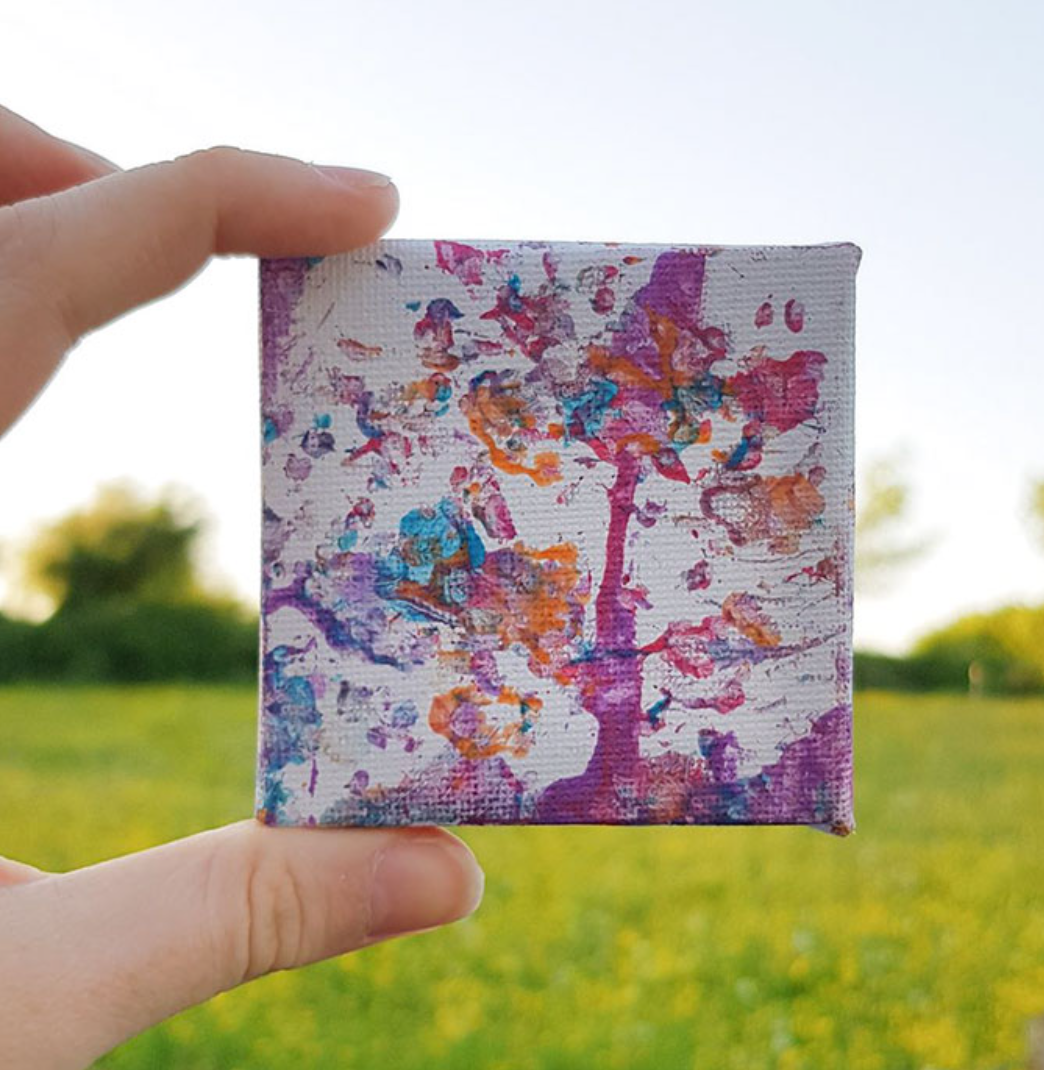 “They’re my best friends, and no matter how high the demand for their art is right now, they won’t spend their lives coated in paint,” she recently said on Facebook. 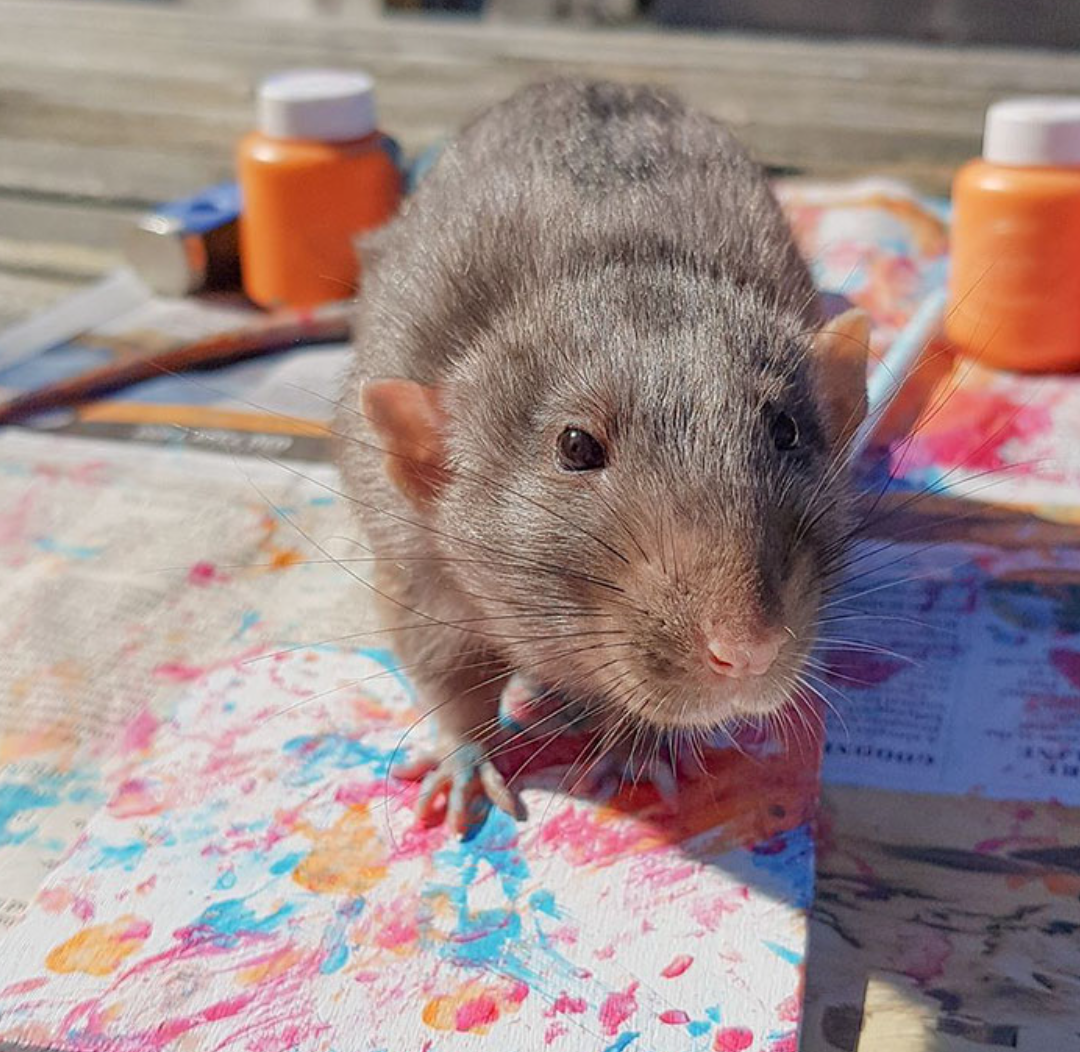 “Some of the lads have been target trained and will follow a target stick or paint by hand to make painting easier — we even have a miniature agility course where some of them excel!”. 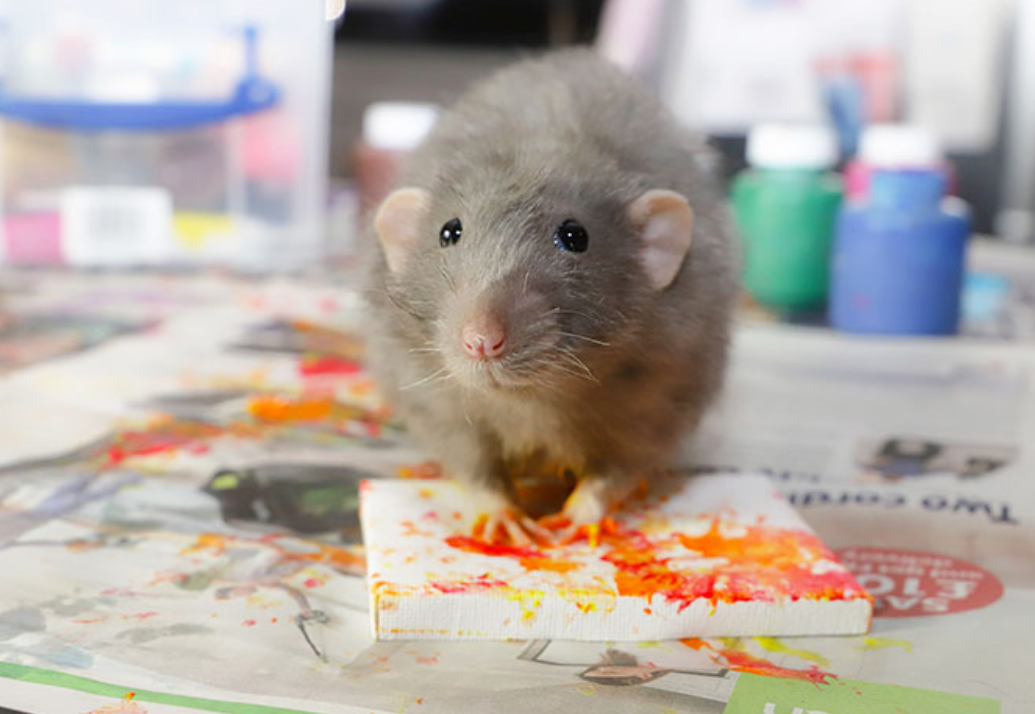 “I don’t want to use this page merely to show off their artwork; I want to promote the keeping of rats as pets and their welfare, as well as share what the boys do when they aren’t painting.” 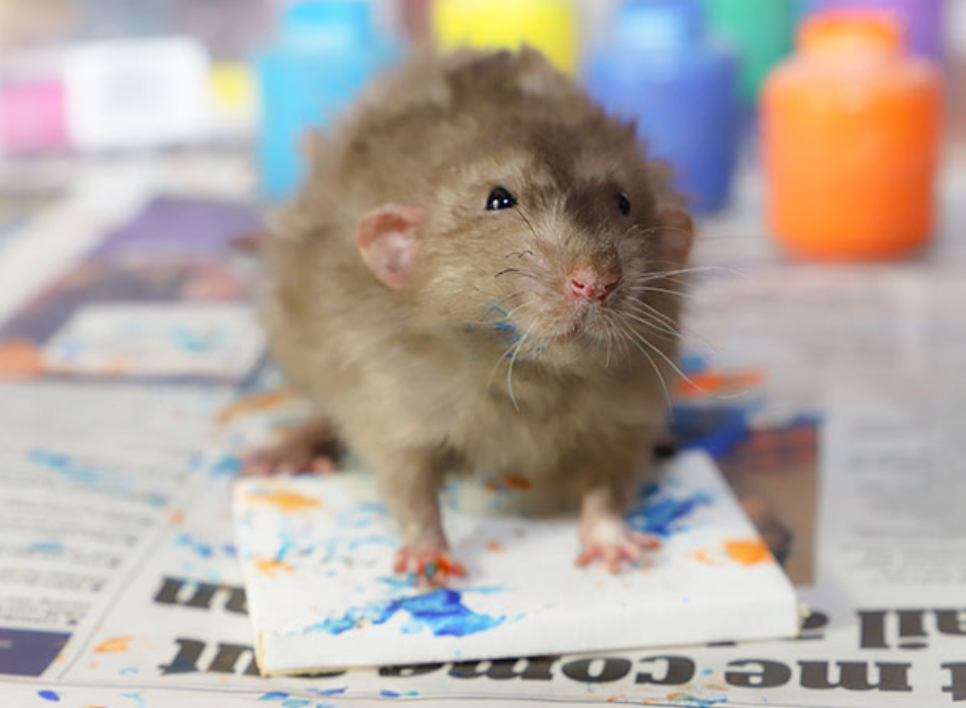 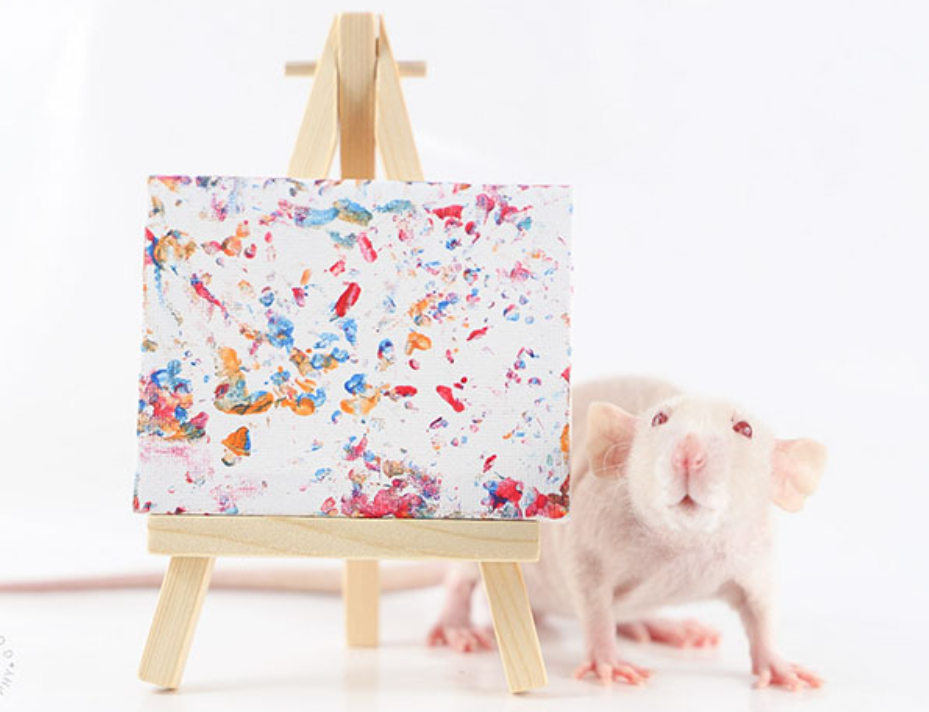 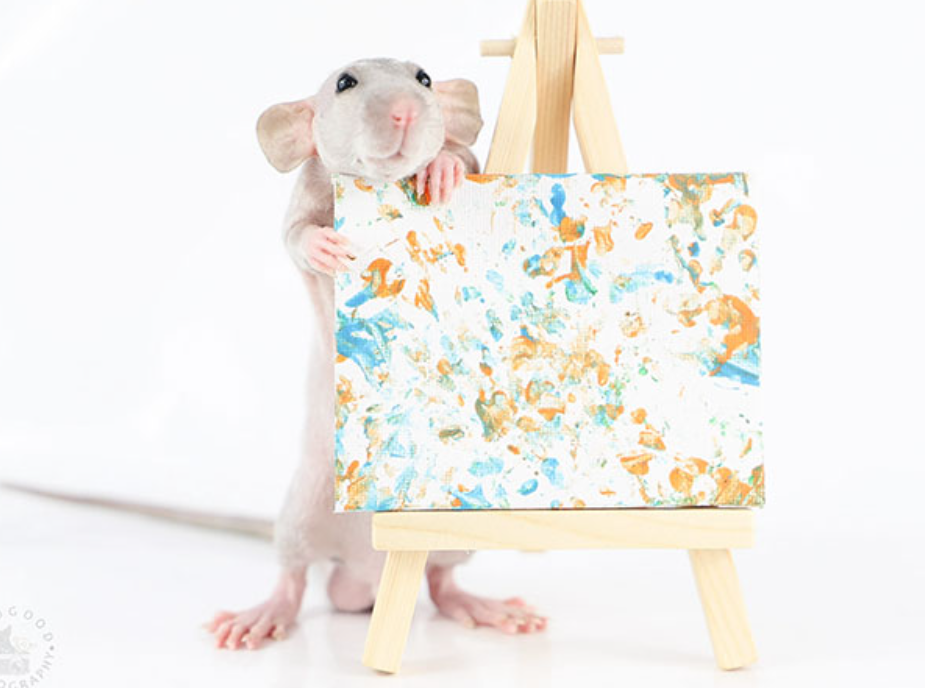 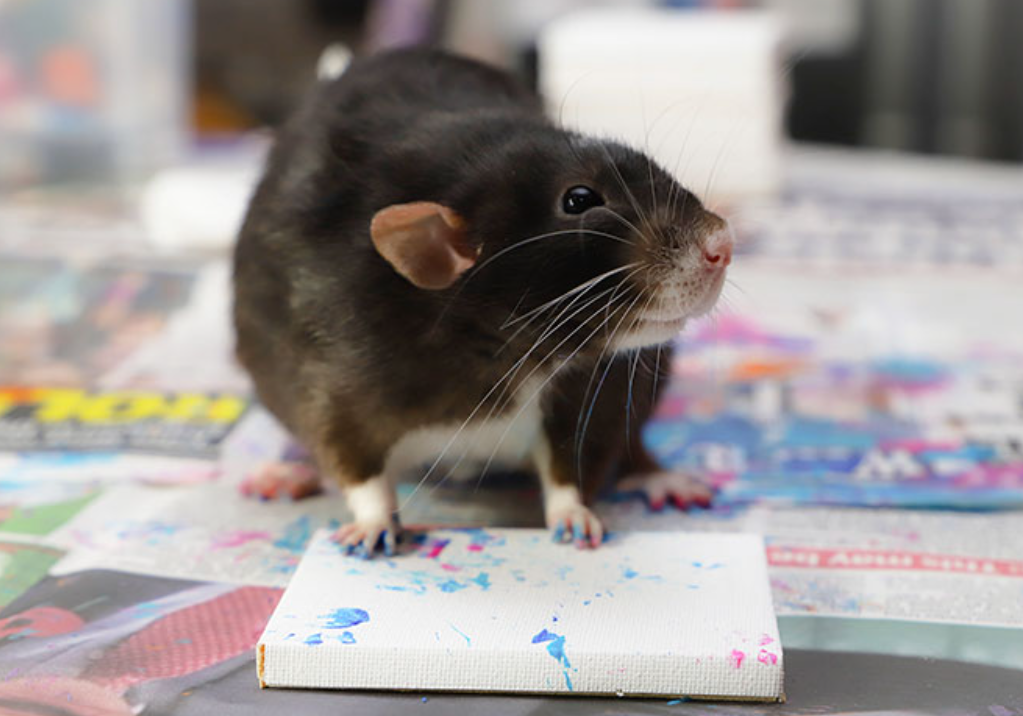 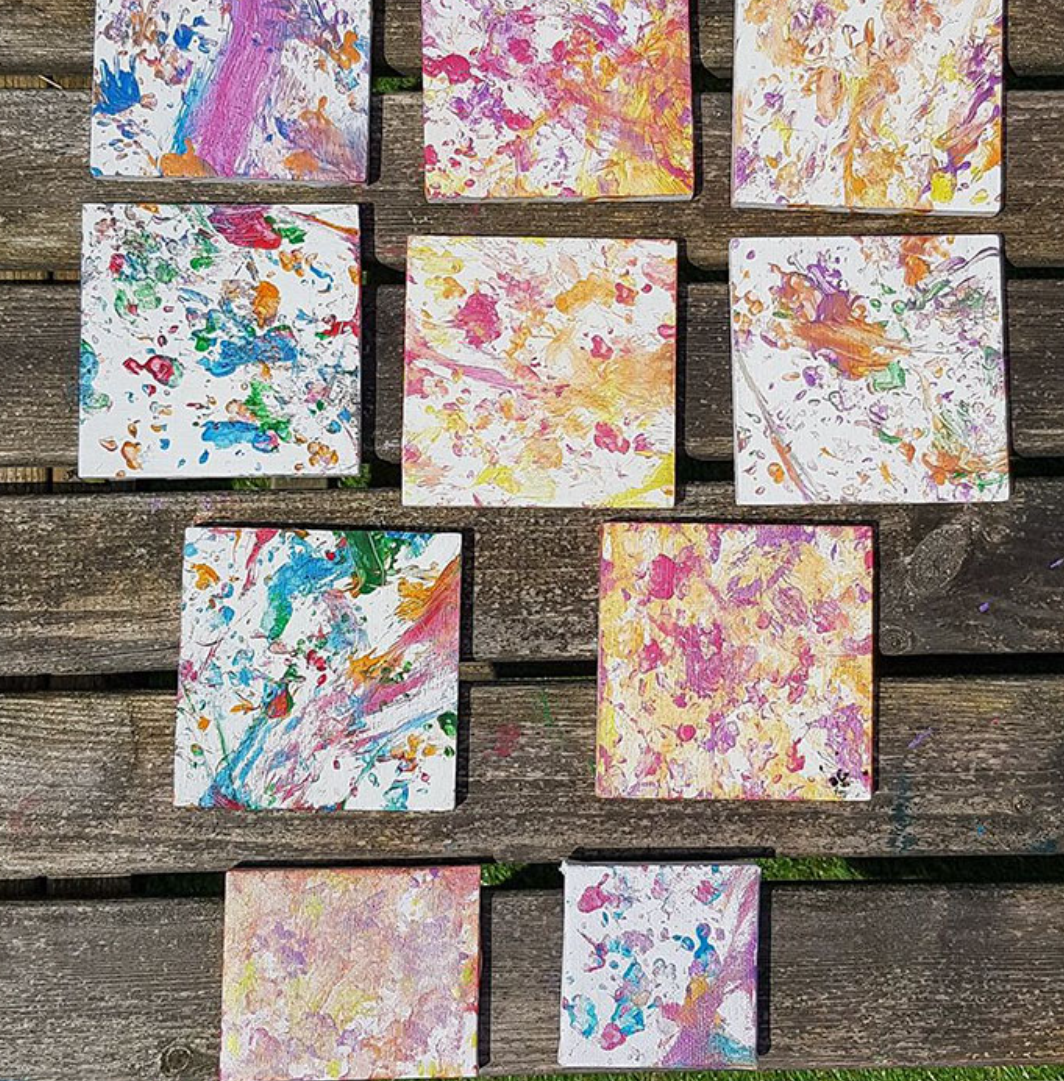 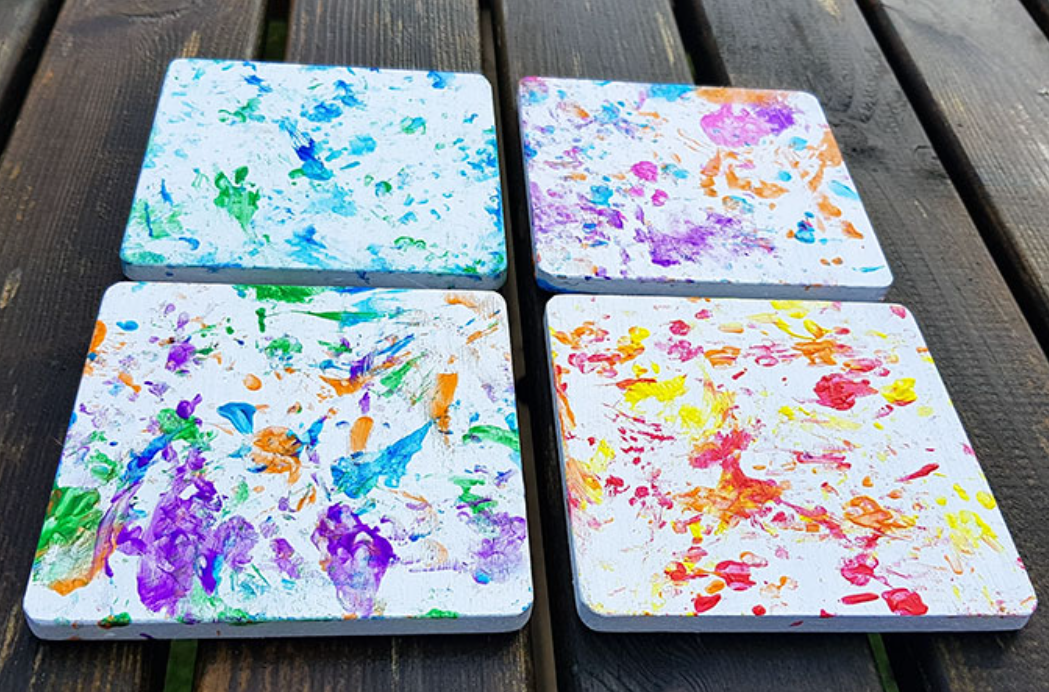 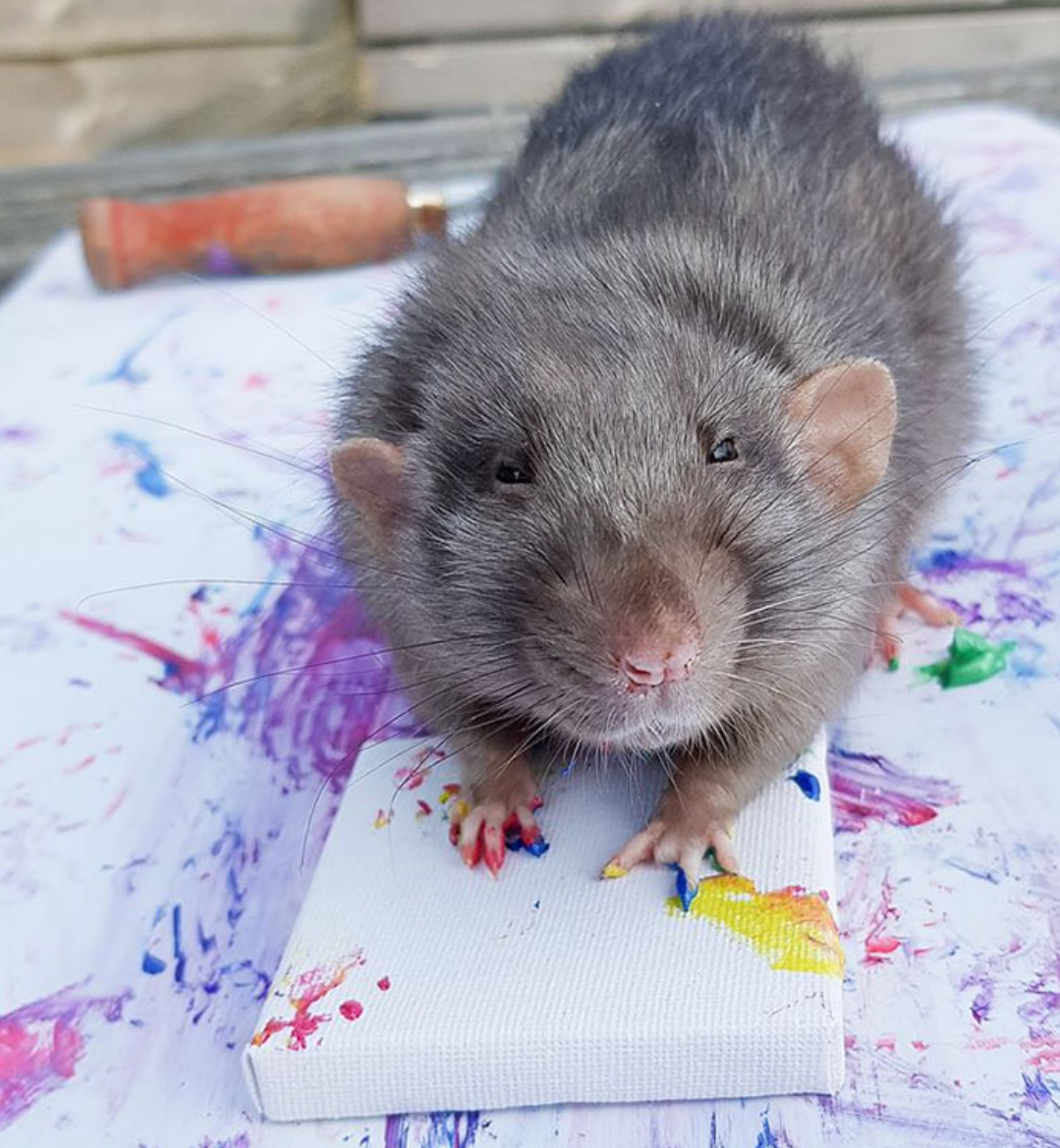