The ratel saves his baby from the leopard! 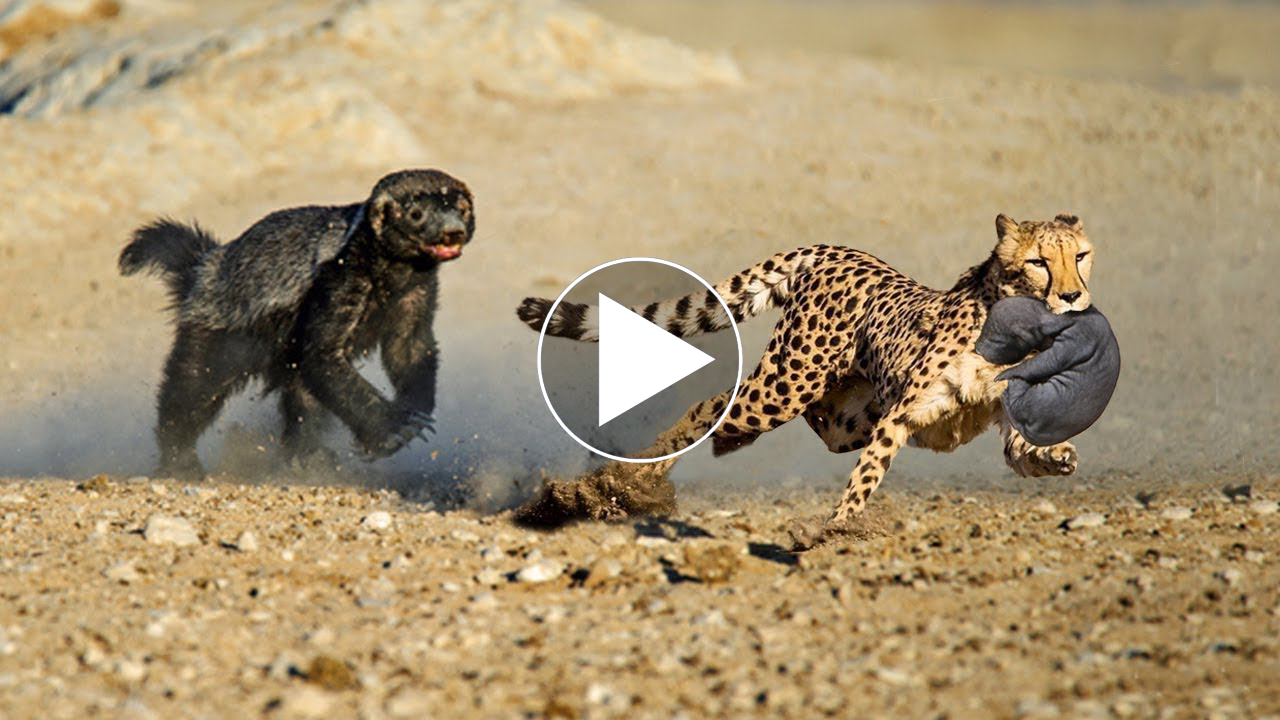 The badger or the honey badger is a small carnivore of the Mustelidae family, This leopard thought he had prey. It is a small honey badger that he holds between his fangs, but suddenly his mother is quickly coming to bite this leopard with all aggression, he runs away like a cat.

You have to understand that predators react based on their experience, We must not confuse fear and prudence. The Lion fears no one, The Lion is an intruder, Each Lion has a different character, keeping the same predatory basics. Courage, fear, the strongest, are human notions, A crocodile will flee to earth in front of a lion.

But Ratel’s character is like that, Hit or miss, It is rather the notion of Ratel’s unconsciousness that is in question. This shows that the animal is ruled by its instincts, as well as predators.