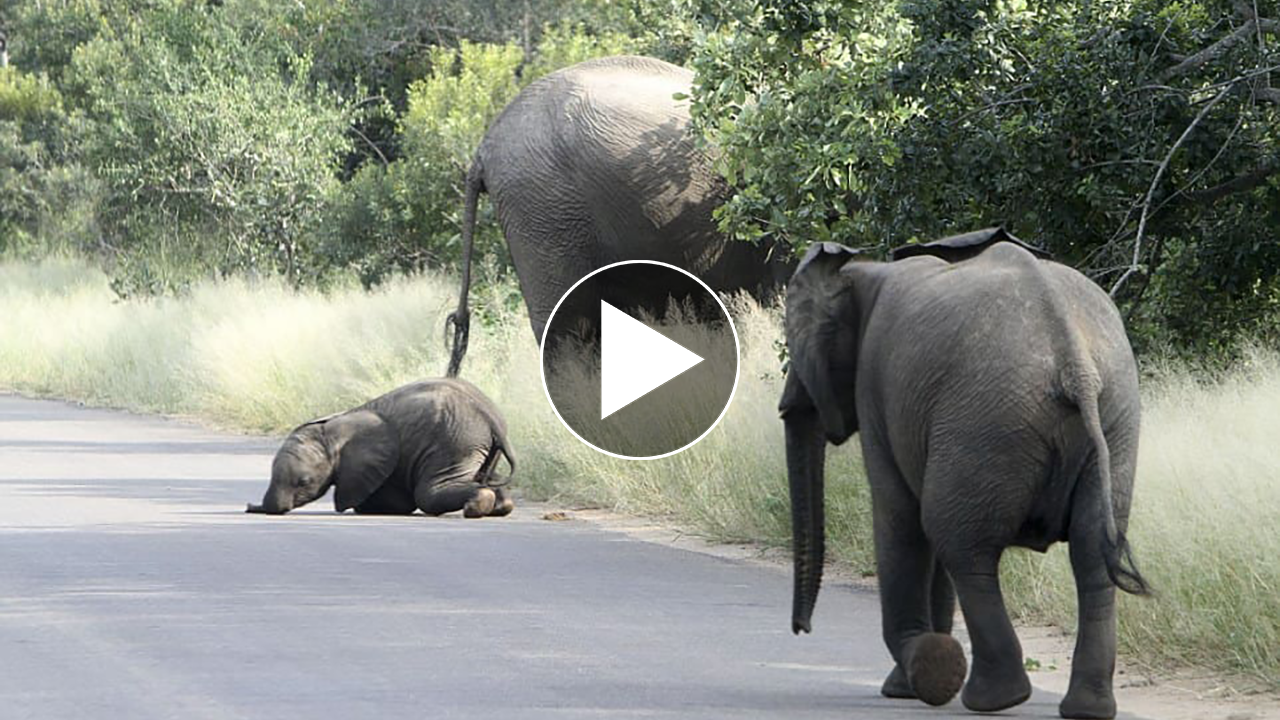 Baby elephants are already super famous for their cuteness and clumsy actions.

We just couldn’t have enough of these cuties, So this incidence told below will only strengthen that perception towards these giant babies.

This hilarious scene was caught in South Africa’s Kruger Park when a baby elephant was too tired of walking. 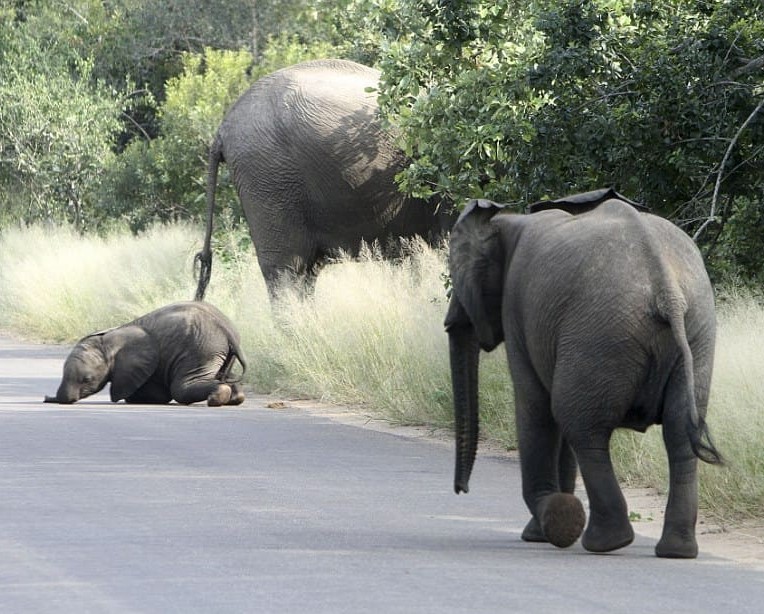 He stayed in the middle of the road, swaying back and forth, and refused to walk.

Did not gain the attention and comfort from the mother, the naughty calf pushed it to the next level. 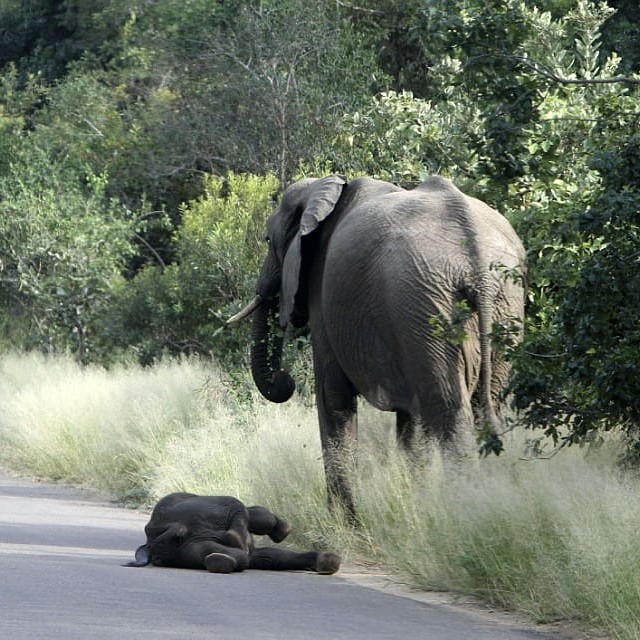 He then plonked himself onto the road, flaying his legs and trunk and tail on the air in the hope of getting his mother’s attention. 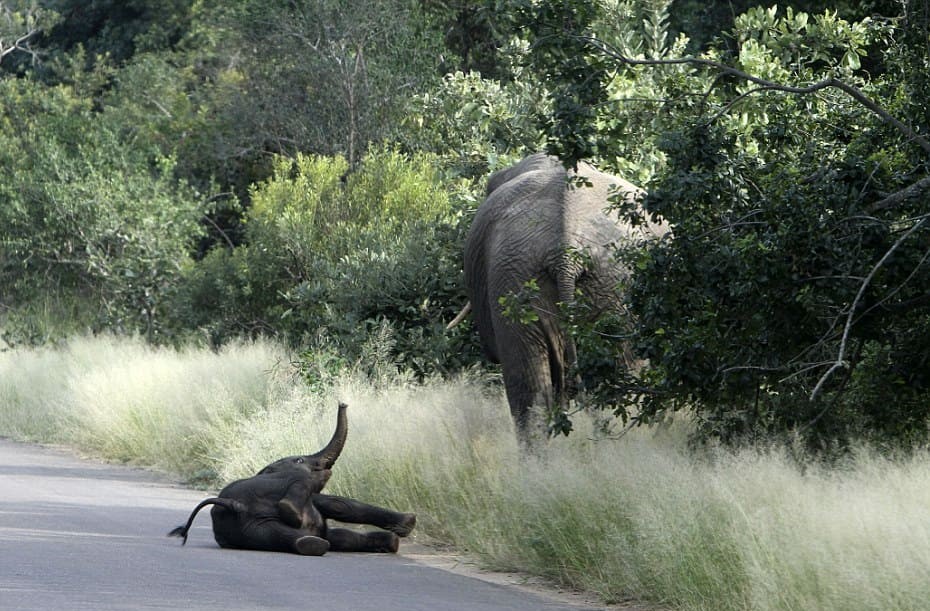 When they get tired or fed up with something, they would cry and scream, and stomp their feet to get whatever they want.

And here, who says that only human children have a tantrum, let see this baby elephant throws a tantrum.

The calf was possibly in his strop as he didn’t want to move a bit, and he was all set to wait for his mother. 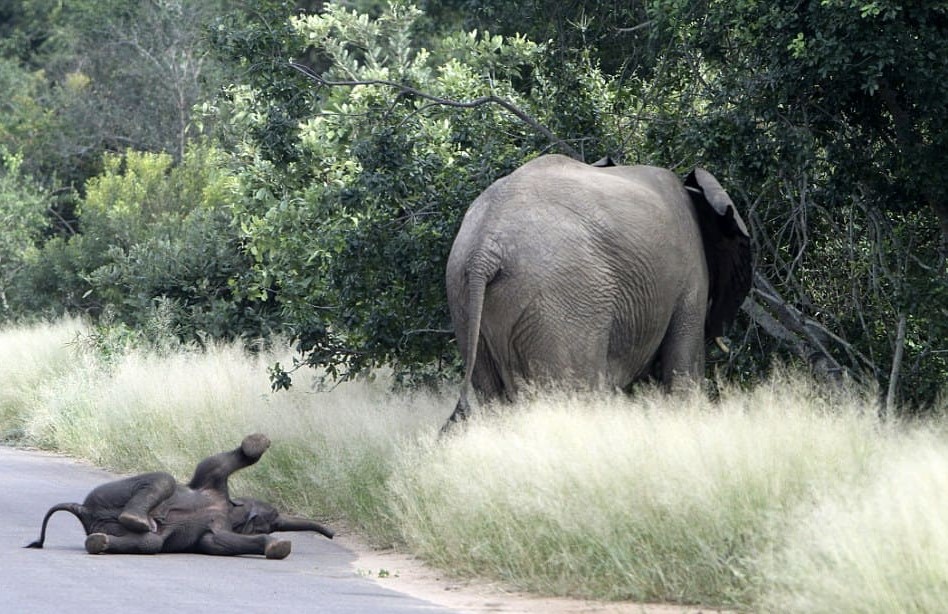 However, she seemed to get used to her cheeky tyke, She composedly walked by into the bush, leaving behind the unsatisfied needy young calf.

After flaying on the road for a few minutes without any sign that his mother would give him a look, the baby elephant got back on his feet and continued to follow his mother.

‘He quickly got up, gave us a stare, and then chased after her!’. 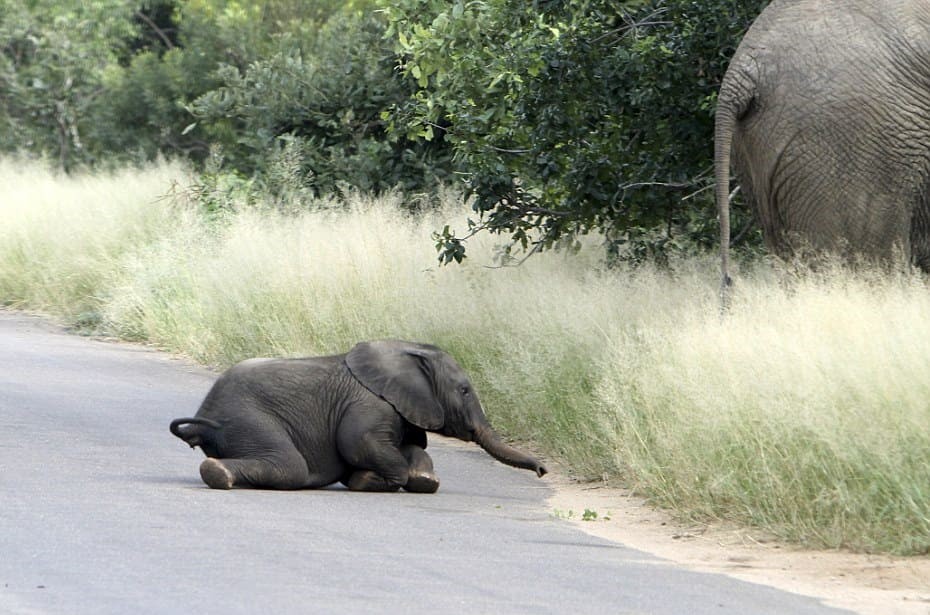 That was definitely a well-done job for the mother, She knew what she was doing to handle a baby who’s not in the mood, and this time was doing nothing.

After all, if the children want to throw a tantrum, then let them do it.

He was surprised by how the mother handled the situation, That was amazing to watch these behaviors in other species.