The co-partner of Turkey’s global Nusr-et chain of grill houses, Nusret Gökçe, who recently became a social media phenomenon for his meat-cutting and salt-drizzling skills, has served Oscar-winning actor Leonardo DiCaprio at his restaurant in Dubai. 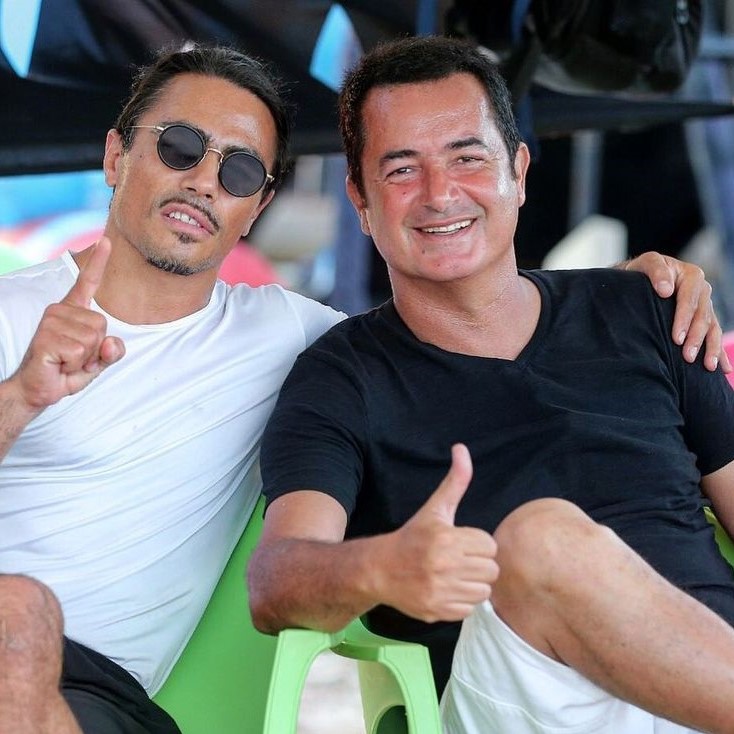 DiCaprio ordered a steak, after which “Salt Bae” Gökçe was photographed performing his famous salt-drizzling move while DiCaprio looked on in wonder.

Gökçe posted a photo of the moment on his official Instagram account, writing under the photo “He said, ‘You are the real Oscar performer’” along with the hashtag Saltbae. 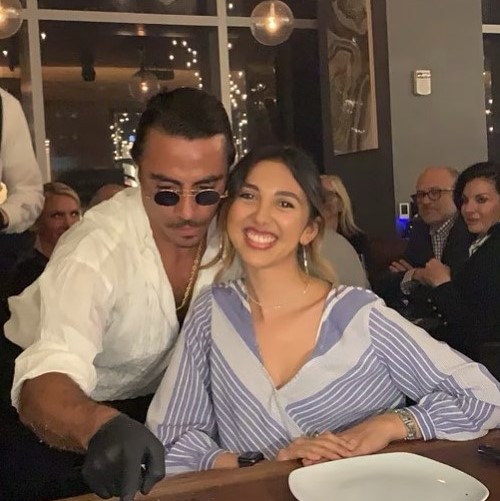 Gökçe recently spoke to Hürriyet about the viral video, which has been watched by millions of people worldwide, in which he cuts and salts meat with a huge butcher’s knife.

“That move at the end [salting] actually came automatically, I didn’t do it to show off, It’s just my signature. 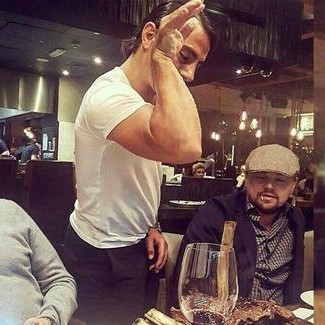 You could think of it as a kind of final touch of a painting, It was a final touch to the meat, I was blessing the meat, he said.

Gökçe also said Nusr-et would be opening branches in New York and London in the next few months, adding that success was possible by telling stories and drawing people’s attention.