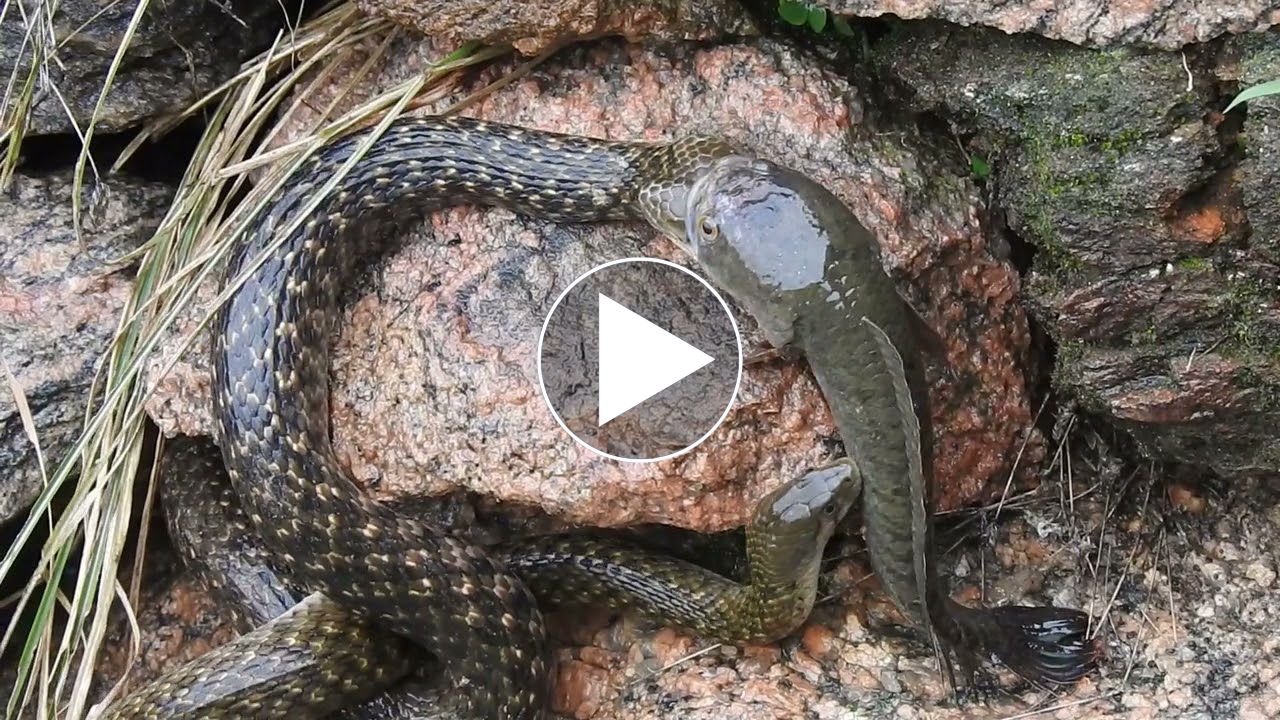 This is the astonishing moment two hungry snakes were locked in a tug-of-war over a live fish. The first Checkered keelback plucked the catfish from a stream in the Kanha National Park in Madhya Pradesh, India on July 20.

It grabbed the victim in its jaws and was lifting it out of the water to eat for lunch when a second keelback reared up and chomped on the tail. I was lucky to take a few Perfectly-timed photographs and video that shows the reptiles tussling over their lunch.

Not only were the two snakes fighting, but the fish was also trying to escape from the predicament – a feat that it managed eventually after 30 minutes. That fish was strong-willed. My passion and hobby are to capture rare moments and seeing this was unbeatable. This was my first time to see a fish that dared to fight a snake.

The three creatures were stuck in a bizarre position for around 30 minutes. The snake holding the fish’s tail became tired first and dropped back into the river. The other snake then had to let go a few minutes later and slither away when the fish started wriggling around. The fish made it back into the water and both the snakes went without food. The fish swam away so I am certain it was still alive.

The keelback snake is a common nonvenomous water snake found throughout Asia while catfish are known for their prominent barbels, which resemble a cat’s whiskers.