Sleeping Buffaloes Don’t Realize the River Is Flooding Around Them 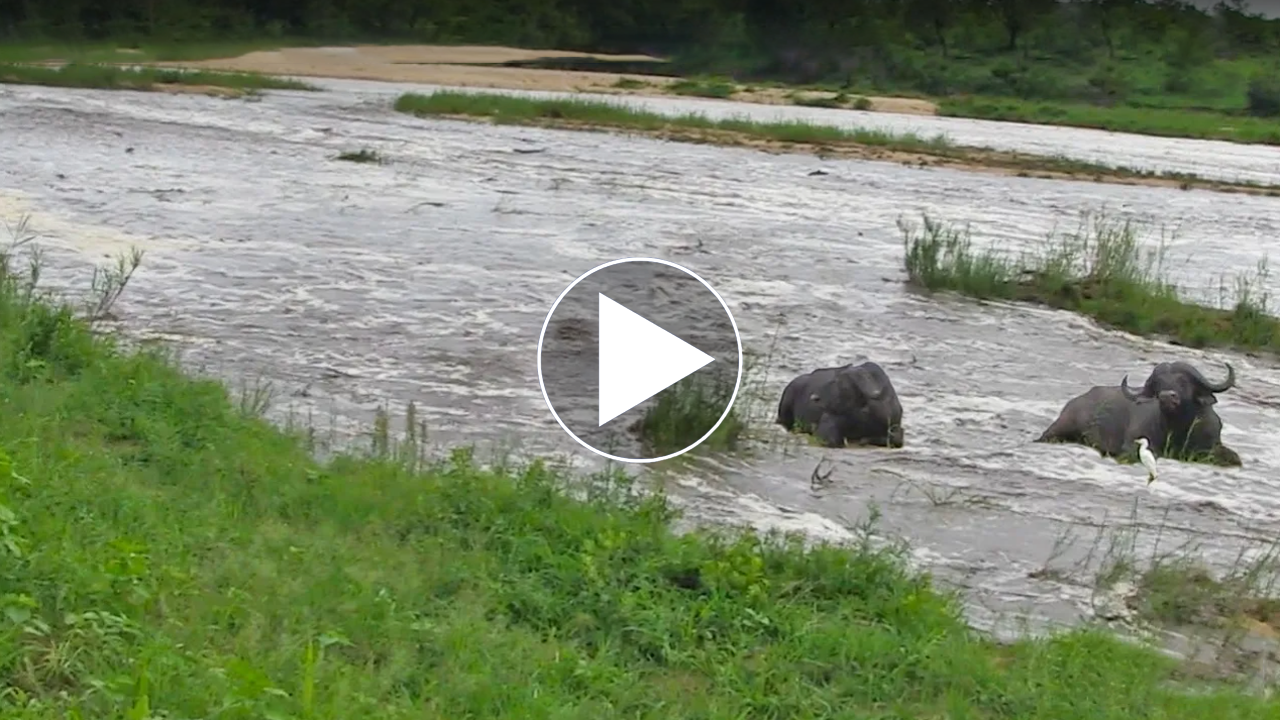 Two buffaloes found themselves surrounded by rising water when a flood broke out in Kruger National Park, South Africa. 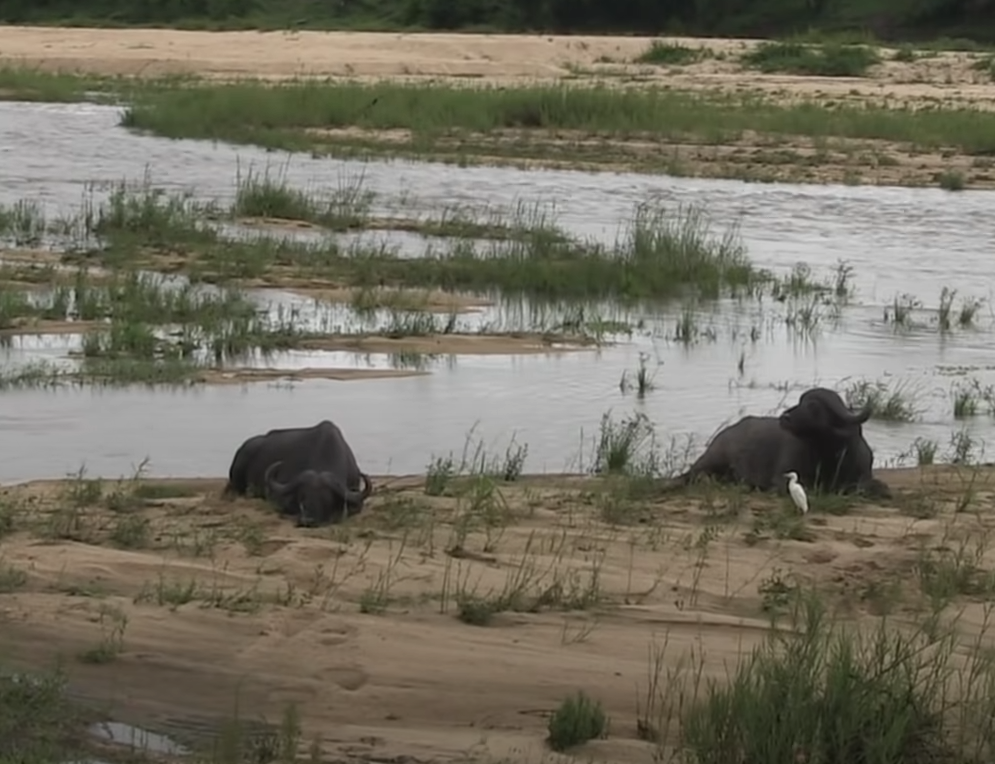 The two buffaloes had been sleeping, only to have a rude awakening from the flood.

Watch the video below to see how other animals in the Kruger National Park fared during the flood. 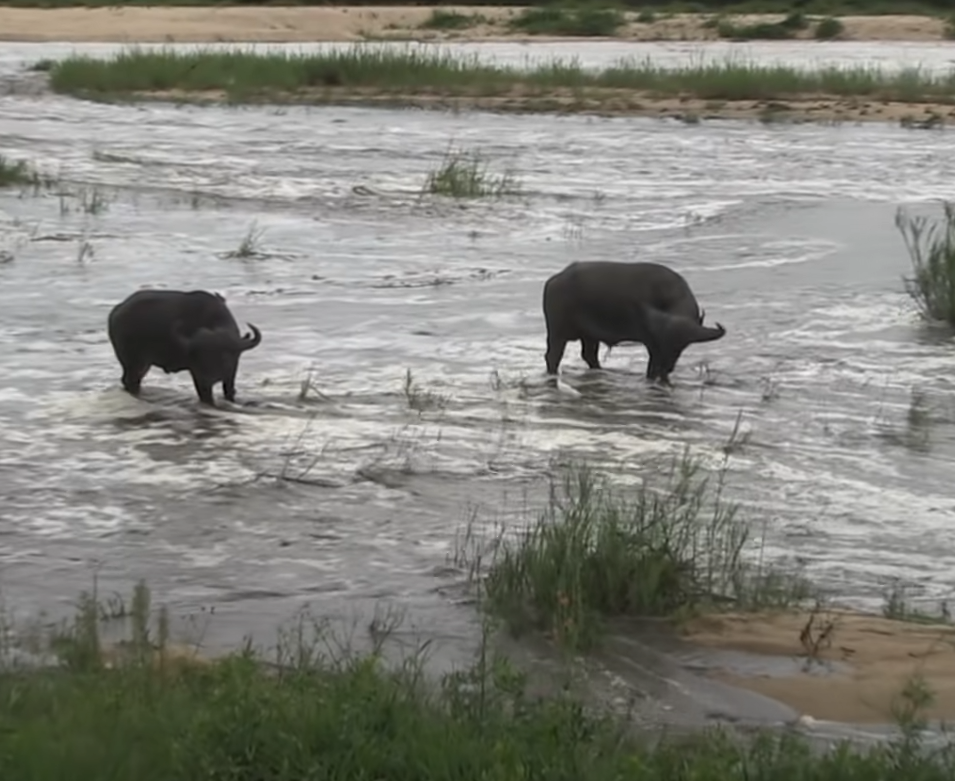 I like how the first buffalo that got out just stood there waiting for his friend to get out instead of just leaving.

It’s just a little bit off camera near the end but you can still see it a bit. 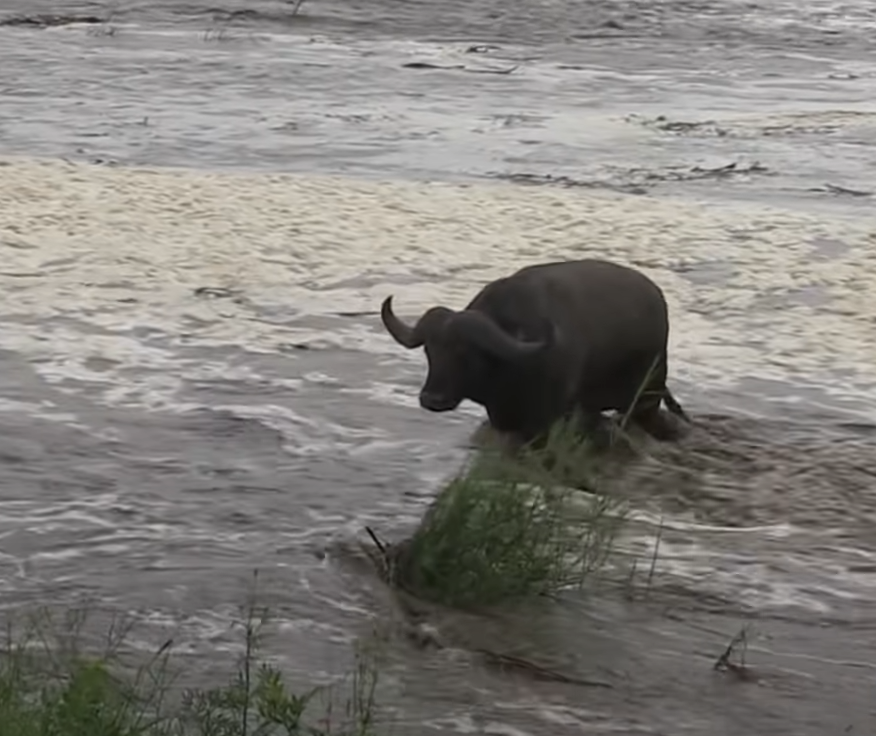 The African buffaloes do not seem to be afraid of crocodiles, By the way, I have never watched a video in which they sleep so near the water’s edge, Thank you very much!.