Seven years after rescuing two lion cubs, a man returns to meet them face to face 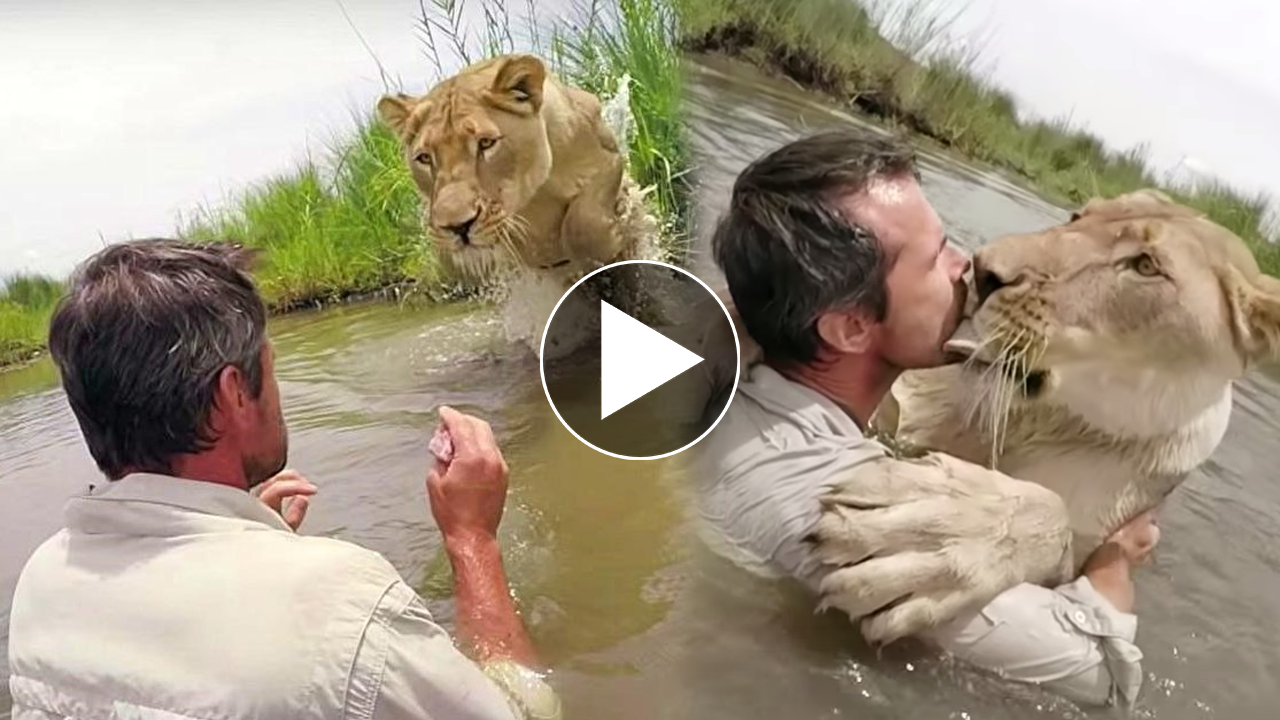 Nothing compares to the bond you share with your animal, especially if you helped raise it.

Kevin Richardson is one of those people who devote their entire lives to protecting animals just out of love. 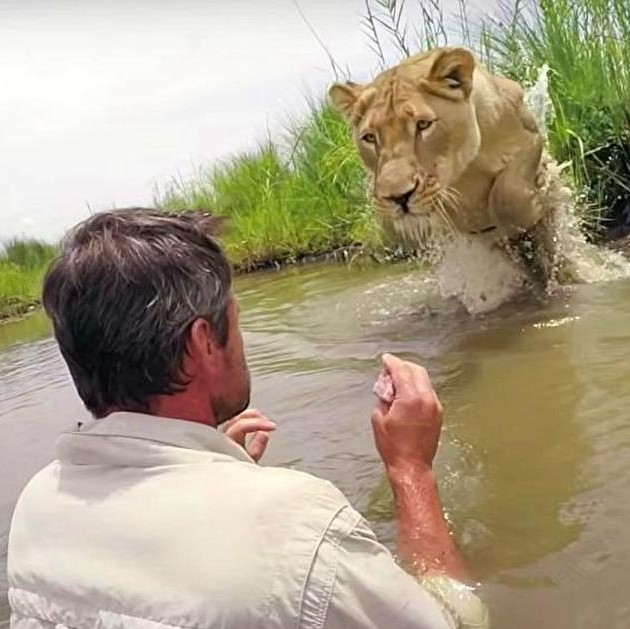 He saw a mother lion reject two of her newborn pups while working at the Lion Park in South Africa.

Some would have been afraid to approach the couple, but Kevin’s instincts told him otherwise.

Rather than allowing the cubs to be removed and imprisoned in cages, he decided to leave them in a nature park where they could thrive. 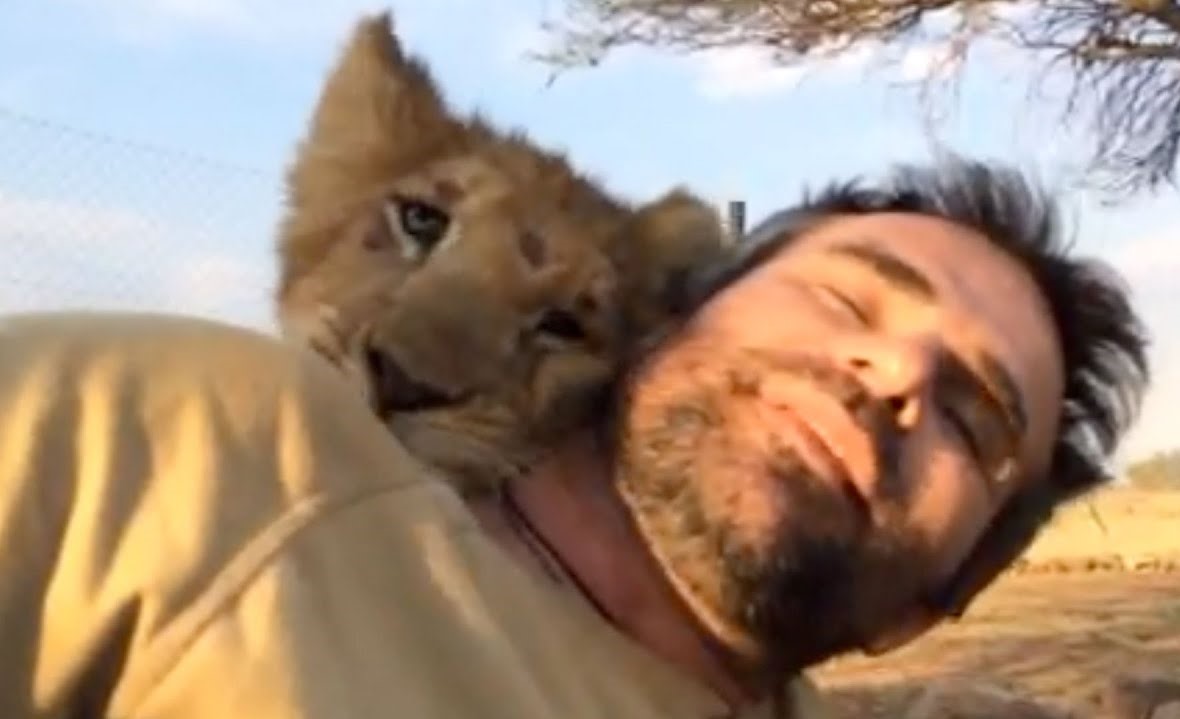 The goal of the center was to raise these cubs in such a way that they would be able to mature into fully functioning adults without the need for human intervention.

Kevin decided to pay a visit to Meg and Ammy after seven years, and he was naturally worried about their reaction.

Take a look at the video below to see the incredible moment for yourself.

They hadn’t seen one other in a long time, and he wasn’t sure if they would remember him.

Kevin approached the lions without trepidation, and luckily for us, he captured the event on his GoPro camera.

One of the lions decided to approach her while standing near the river and shouting her name.

“When I call Meg and she comes swimming up to me, I see in her face, ‘Are you going to catch me if I come to you?'”.

“We both know when she looks at me and I look at her, That is what trust is all about.”

What occurred next was remarkable, as soon as she understood who Kevin was, she dove right into the water and hugged him tightly.

Kevin refers to them as his “soul mates,” and no matter how long they are apart, they will always share a particular link.

He went on to describe how the cubs grew to trust him as they spent more time together. 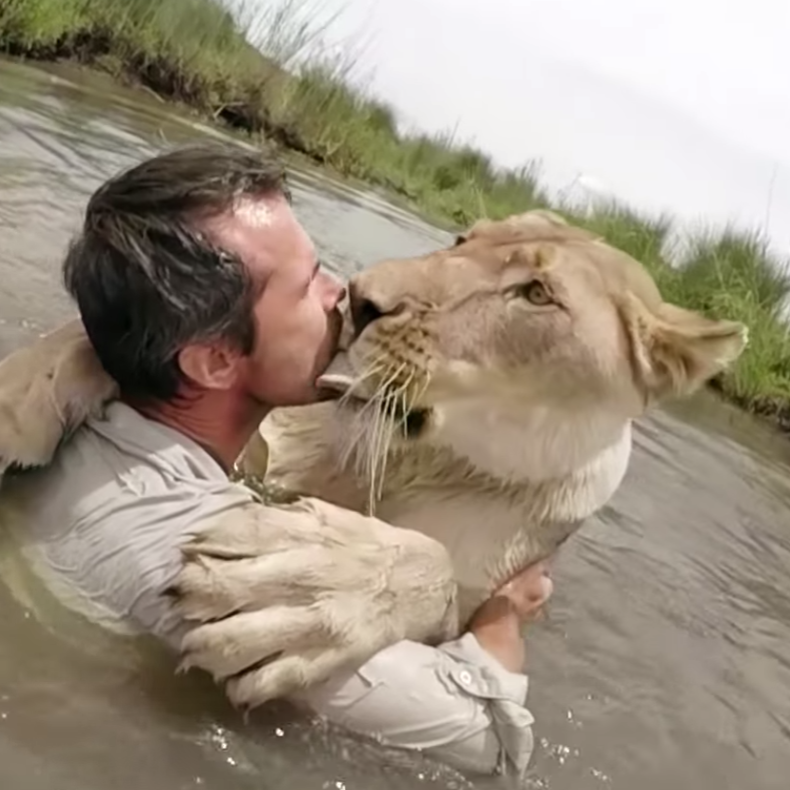 “It was thrilling to witness the lions performing what lions do for me, It made me realize there was another way to work with these captive predators, Meg, Amy, and I have a long history that dates back to their births.”

Kevin believed Meg and Amy were “destined for a bullet” by trophy hunters, and that “if I hadn’t had m and aback they would have landed up in some shape or form in the canned lion hunting industry.” 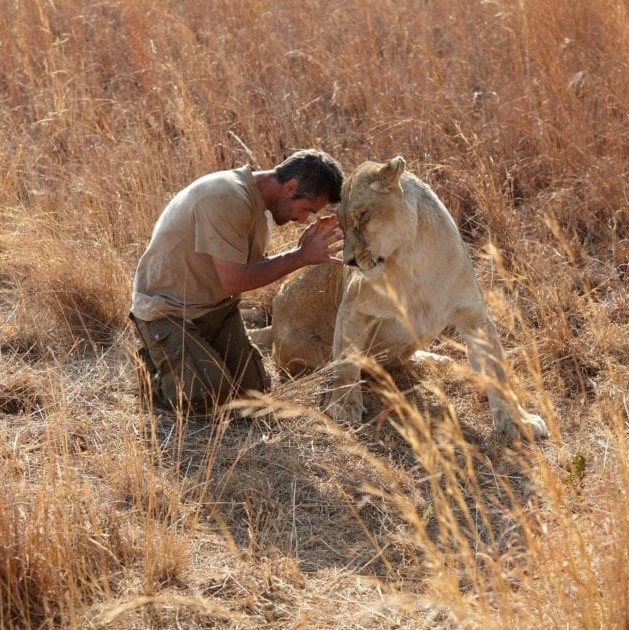 Kevin developed the “Kevin Richardson Wildlife Sanctuary,” a 3,000-lion sanctuary in the African savanna, and is renowned as the “lion whisper.”

He cares for 26 lions of various ages, several of whom he has known since they were pups, such as Meg and Amy.