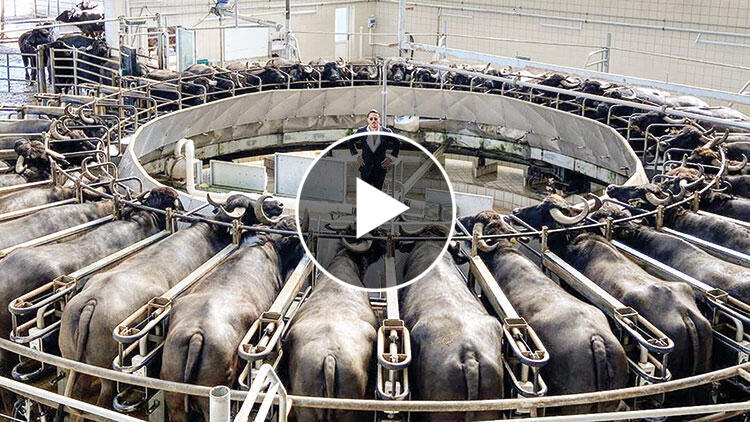 Turkish butcher-turned-celebrity restauranteur Nusret Gökçe, internationally known as Salt Bae for his meat-cutting and salt-drizzling skills, sparked fury on social media after posting a photograph of himself with buffalos crammed together at a factory farm.

“Very important meeting,” Gökçe said in the caption of the photo he posted on Instagram of himself standing at the center of the slaughterhouse where buffalos are seen tightly confined buffalos.

More than 25,000 comments were made on the post that received more than a million likes.

Social media users, including a number of Turkish celebrities and journalists, were quick to blast the 36-year-old restauranteur, who is also the face of the Nusr-Et international steakhouse chain.

“This is one of the most immoral, cruel, and disgusting photographs I’ve seen,” journalist Cem Seymen wrote on Twitter.

“It is a photograph of an arrogant humankind that has been enslaved by industrial production, who thinks he is the master of all living beings”.

Musician Gökhan Özoğuz of the punk group Athena labeled the image as “horrifying”.

“All animals are equal, but some animals are more equal than others,” Taylan wrote on Twitter.

The persona of “Salt Bae” first rose to international attention after a video showed his peculiar way of sprinkling salt on his meats, but in 2019, he was accused of taking a cut of employees’ tips at his restaurant in New York.