Turkish butcher-turned-celebrity restauranteur Nusret Gökçe, internationally known as Salt Bae for his meat-cutting and salt-drizzling skills has been hit with a $5 million copyright infringement lawsuit by a New York artist, who alleges the social media star used his artwork all over the world without permission. 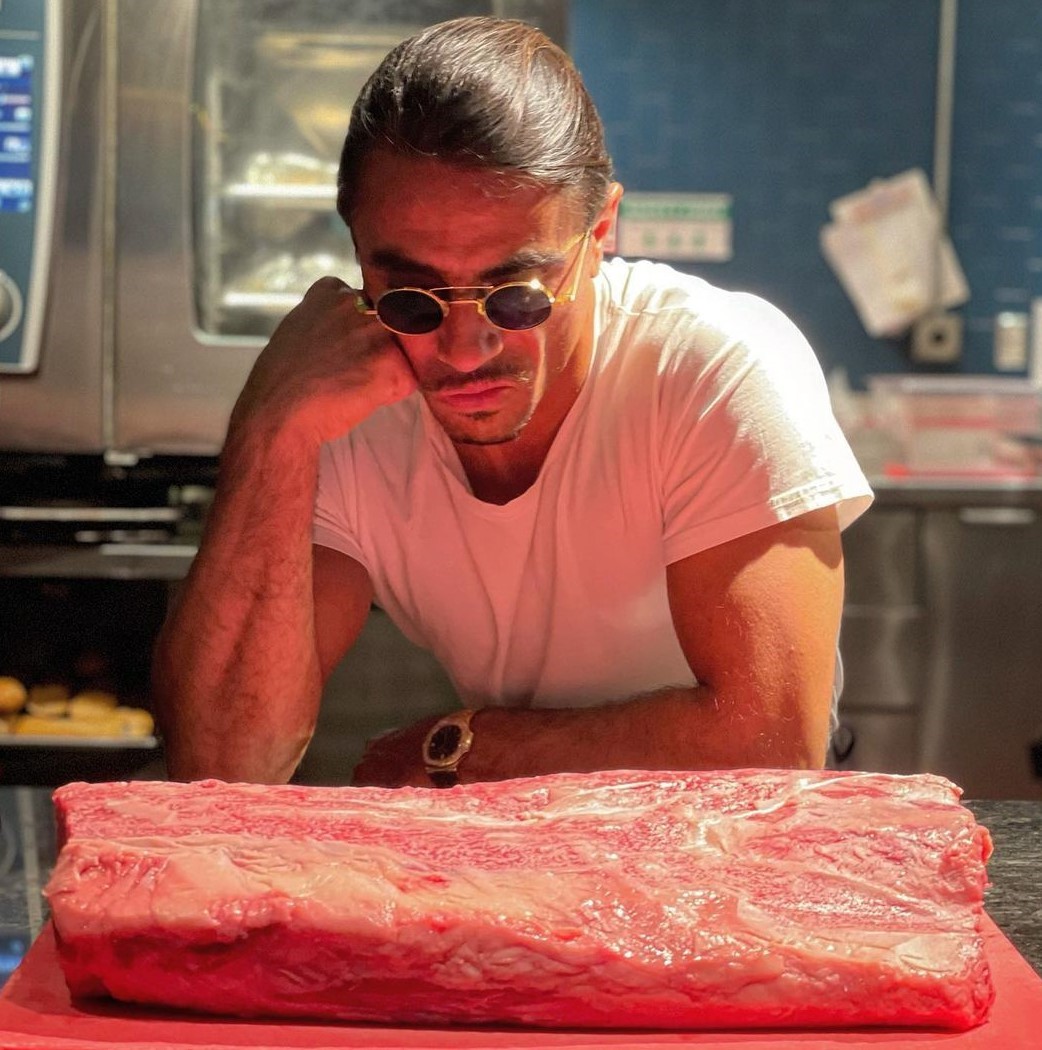 William Hicks says he and fellow artist Joseph Iurato were hired by Gökçe in September 2017 to make a mural of the restaurateur “in his signature salt-sprinkling pose,” according to a Manhattan federal lawsuit.

The first work was displayed in Gökçe’s Miami steakhouse and subsequently commissioned stencil murals also went up at his restaurants in Doha, Dubai, and New York, the court papers say.

Only Hicks then found out in early 2020 that Gökçe and his companies were using the same image around the world in window displays, digital signs, menus, wipes, takeout bags, and on the label for his line of seasonings, all without the artist’s permission, the court documents allege.

“Defendants were engaging in widespread, unauthorized distribution and use of the original works in, among other places, Nusr-et’s steakhouses and Saltbae Burger restaurants in New York, Dubai, and Istanbul,” the suit charges.

Hicks allegedly sent a cease-and-desist letter demanding that they stop using the original artworks in April 2020.

But Gökçe and the companies “doubled down on their already widespread infringement, expanding their willful use of the Infringing Materials to locations in Doha, [Turkey’s] Marmaris, Boston, Dallas, and several additional locations in Istanbul,” the suit claims.

In 2019, Gökçe also was accused of taking a cut of employees’ tips at his restaurant in New York.

Four former waiters had received $230,000 from Gökçe in a settlement one day before a court trial in Manhattan after he allegedly fired them from his New York restaurant for asking questions about tips.

The persona of ‘Salt Bae’ first rose to international attention after an Instagram video showed his peculiar way of sprinkling salt on his meats.

The video went viral on social media in a short time, with many users commenting about his unique skills, and helped to vitalize Gökçe’s career as a celebrity chef.