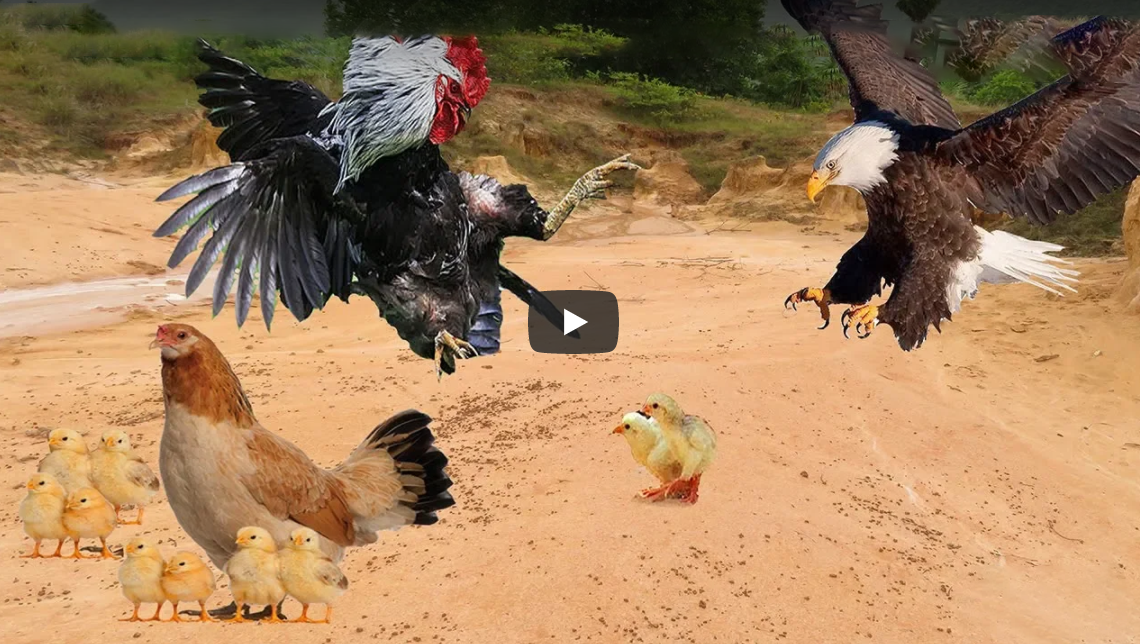 The captive eagle and the hen with her chicks were set up in place for a scripted vlog, The youtube ad should give emphasis if the blogger is violating laws against our mother nature, Otherwise, they are both in a conspiracy in promoting illegal activity. 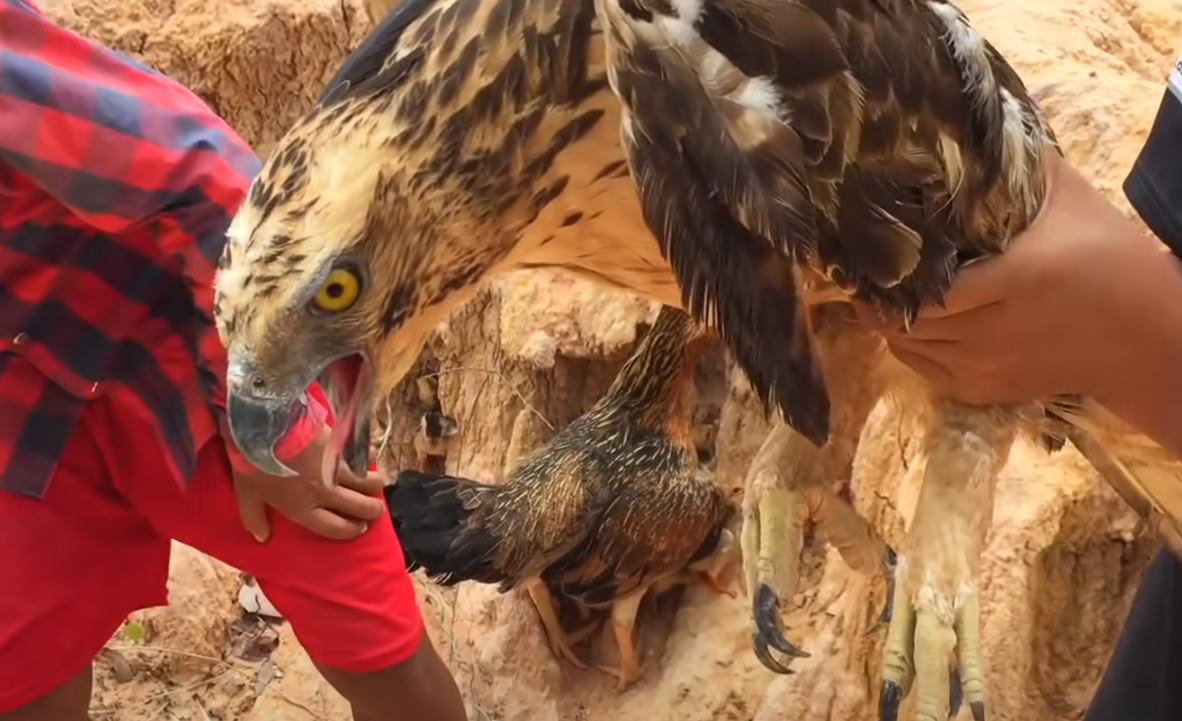 Look at the eagle’s wing without some feathers, it’s not a wild eagle, The guys put it on the chicken, that eagle can’t fly! So they took them home and put them in a big safe pen so they could eat them one at a time after the chicks got big enough, mom was kept for fresh eggs. 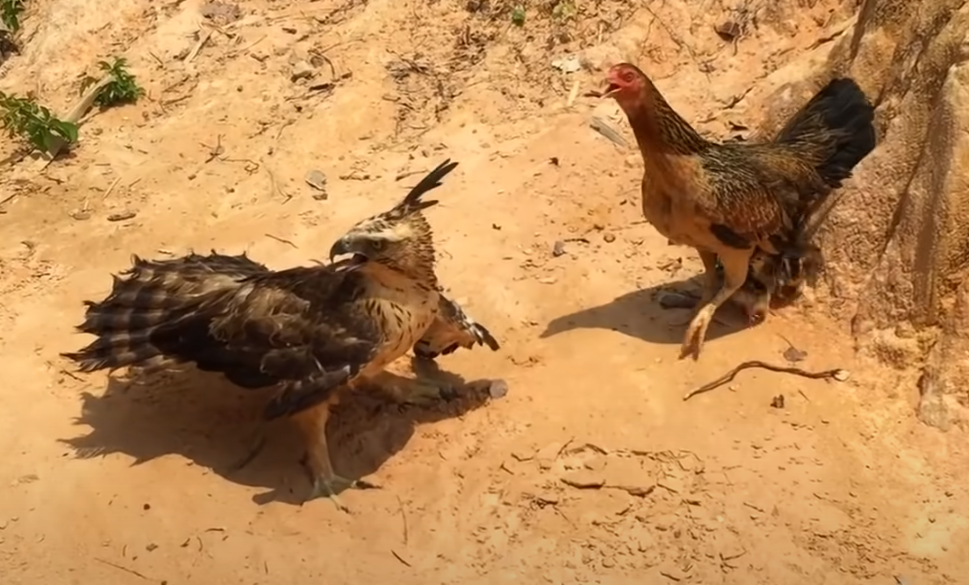 This was staged, A wild hawk would have put up a violent struggle if the boy had caught him, A wild hawk will easily and certainly flap his wings violently and turn around to claw the boy or attack him with his beak in an instant. 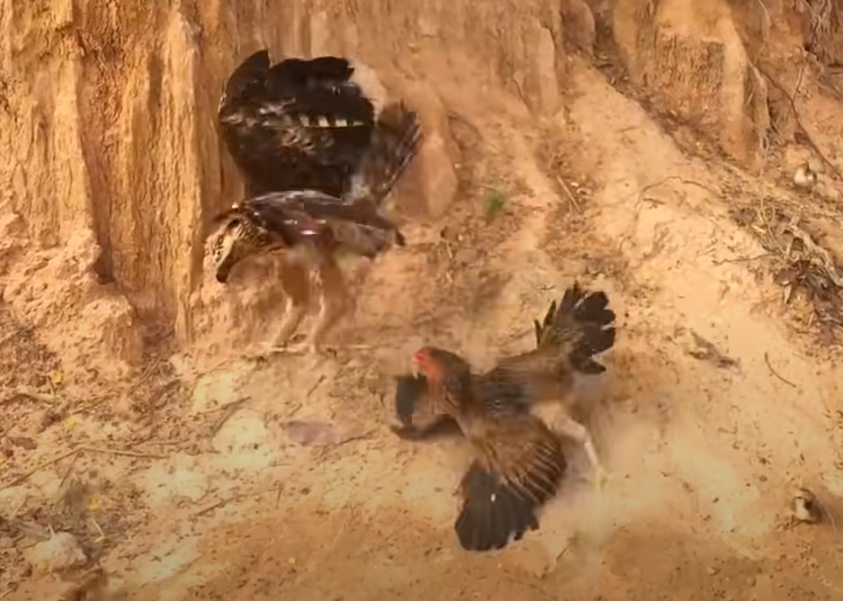 Does anyone know what kind of rooster that is in the thumbnail, I have a nearly identical rooster and we have been trying to ID his breed for around a year now?