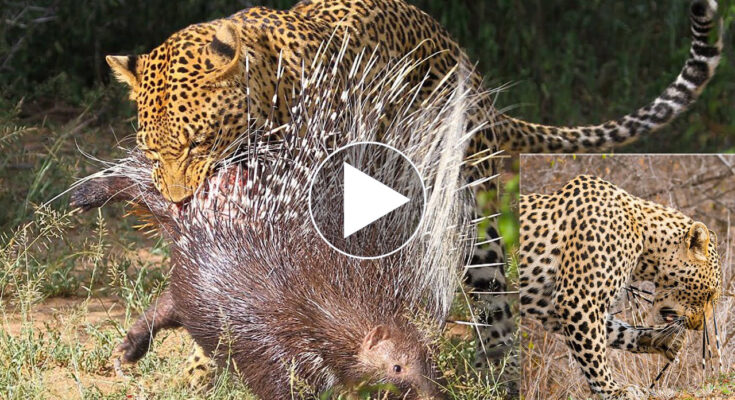 Young Leopard hunting a Porcupine. Not that experienced yet. He kept going for it but only got the sharp end of this prickly fella. The Porcupine stood his ground, Porcupine is the only fighter who wins by turning his back in battle.

Porcupines were trolling hard. He could have left but he wanted so bad the leopard to attack, Could you imagine a Honeybadger with quills, he would just be wreaking havoc on all the big animals, I think the porcupine stuck around because it wanted to make sure the lesson is well learned, and hopefully, it won’t have to deal with That leopard ever again.

when your defence is your best offence, The porcupine is like just leave me alone, I don’t want to keep doing this to you, The leopard’s reaction to needles going inside his paws though. “Ah alright, let me pull them out now, Porcupines and Honey Badgers. They’re simply not to be trifled with.