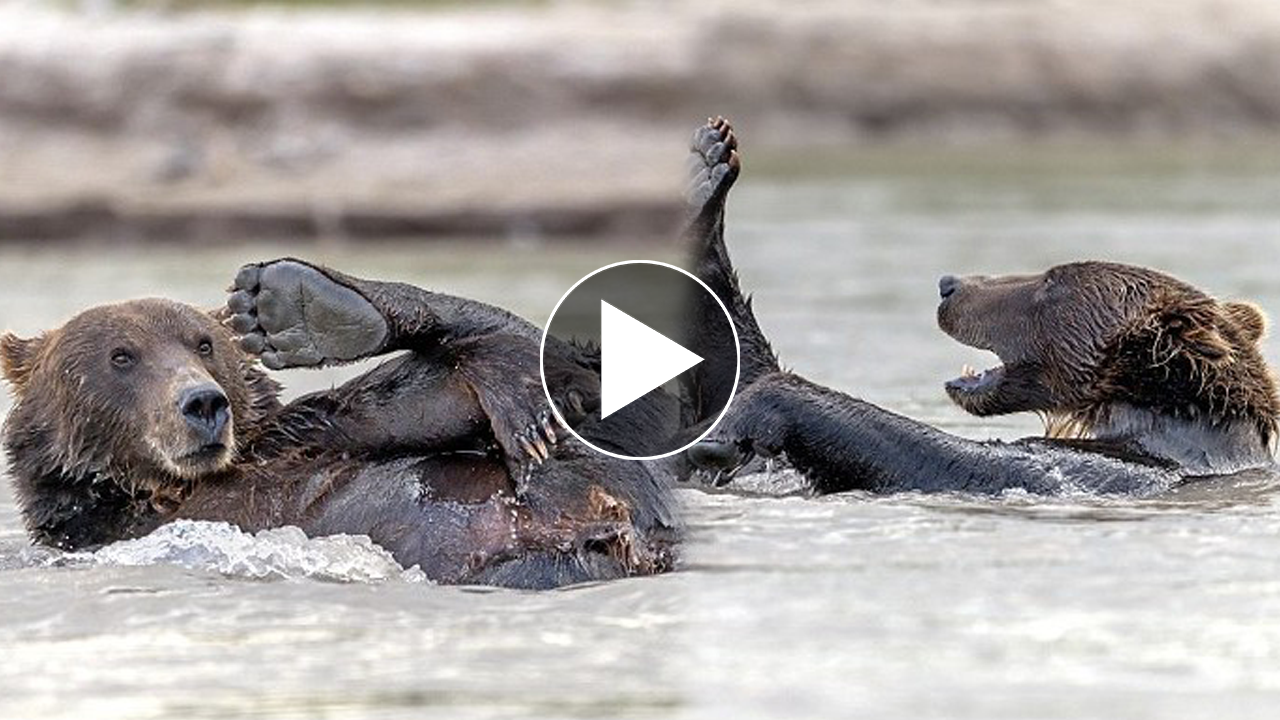 An extremely playful bear was sighted in a lake, bathing himself as if he were a human. 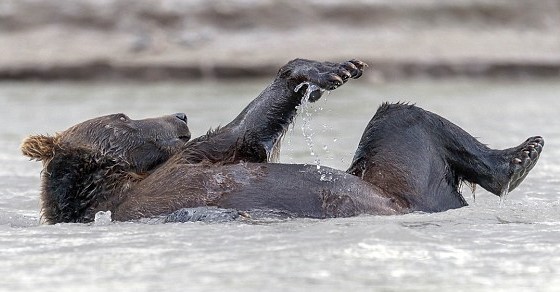 His pals were fishing for salmon upstream when he decided to take a 10-minute bath, and he seemed to like it!. 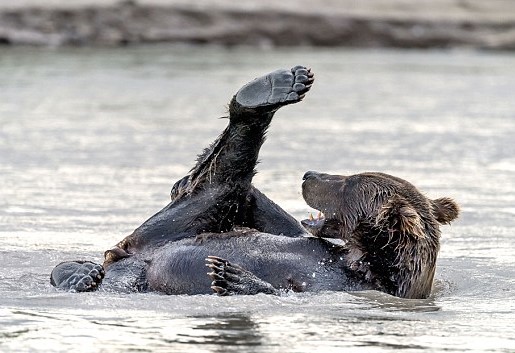 The bear may be seen tumbling around in the lake while washing his body. 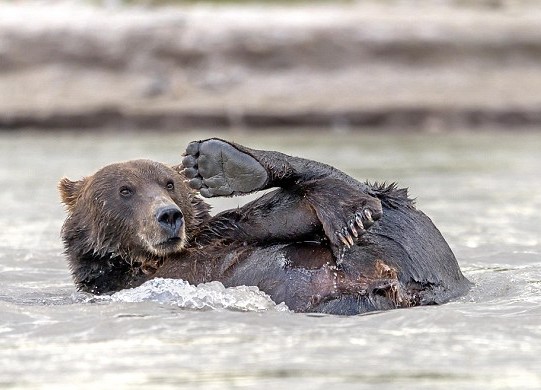 ‘I was photographing several bears hunting red salmon upstream when I observed this bear in the distance,’ said Giuseppe D’Amico, a law graduate who snapped the photos. 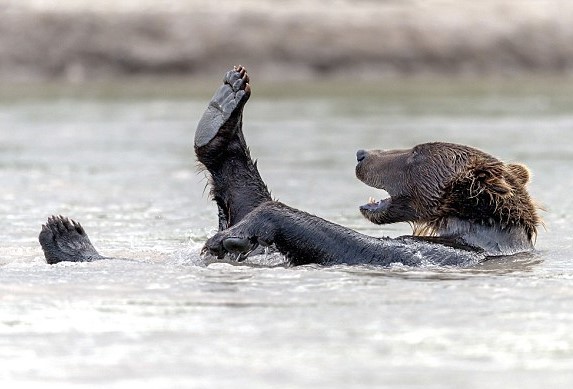 ‘It was hilarious to see him washing his hair as a normally would. He was dead set on it, but he was clumsy.’ 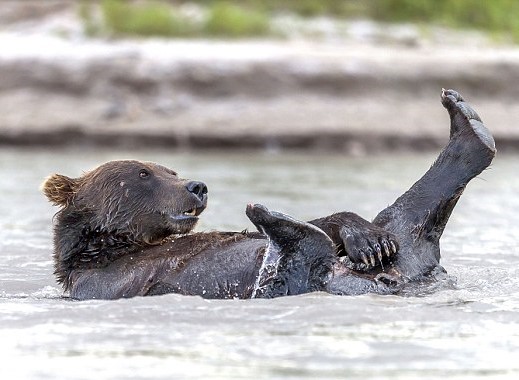