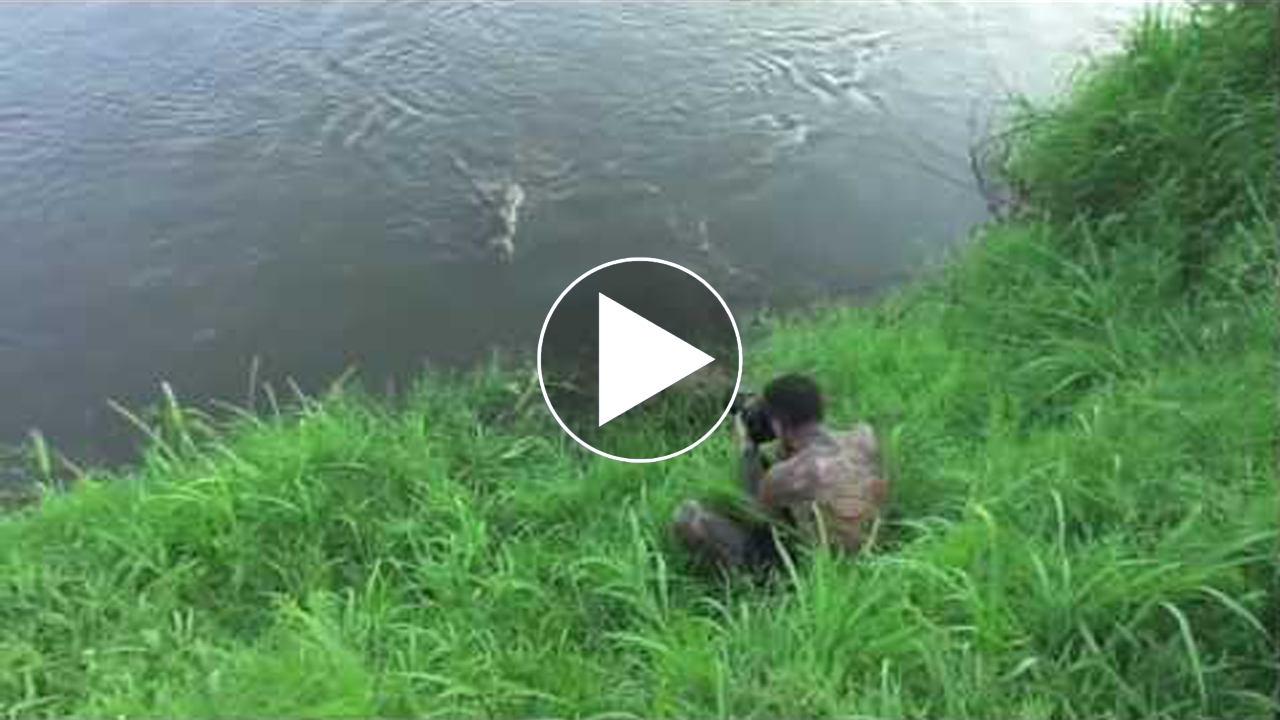 Whoever threw that piece of bread or whatever it was JUST before saved his life, The noise from the splash made him turn and see the croc. If it was never thrown, he would be dead.

The croc on the bottom right was totally down for that guy, He had skills and tricks up his sleeve, Cause when the meat was being thrown at him, He didn’t go for that but stayed there and he came through underwater without being seen in the first place and out of nowhere tried his best to camouflage with the water.

And if that croc was able to snatch that guy’s foot, That guy was long gone, Cause the croc has the strongest bite force in the world, They gauge their teeth through the meat in a sec, and bones are like cake for them to eat, That croc would have pulled that guy in a sec if it had snatched his foot.