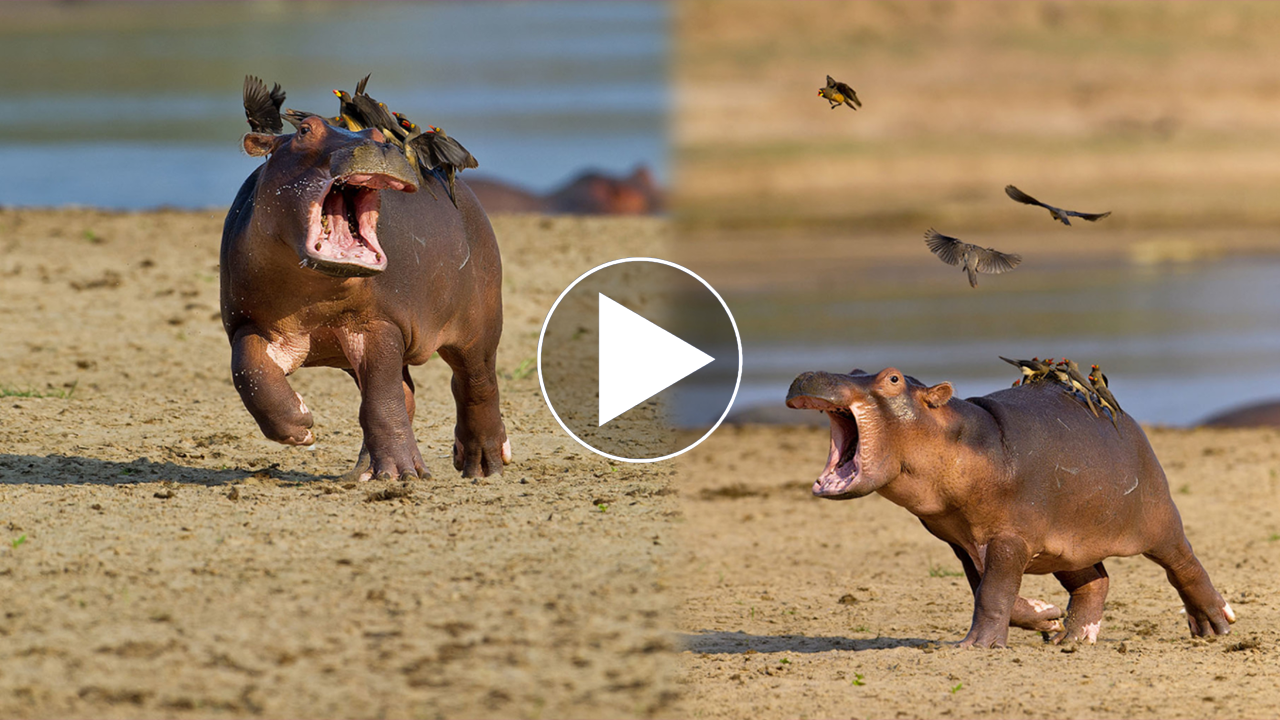 Photographer Marc Mol was visiting Zambia’s South Luangwa National Park when he captured these cute photographs of a young hippo being startled by a flock of birds landing on its back.

When the oxpeckers paid the young animal a visit, the Swiss photographer had his Nikon D3s DSLR and 500mm f/4 lens pointed at a herd of hippos. 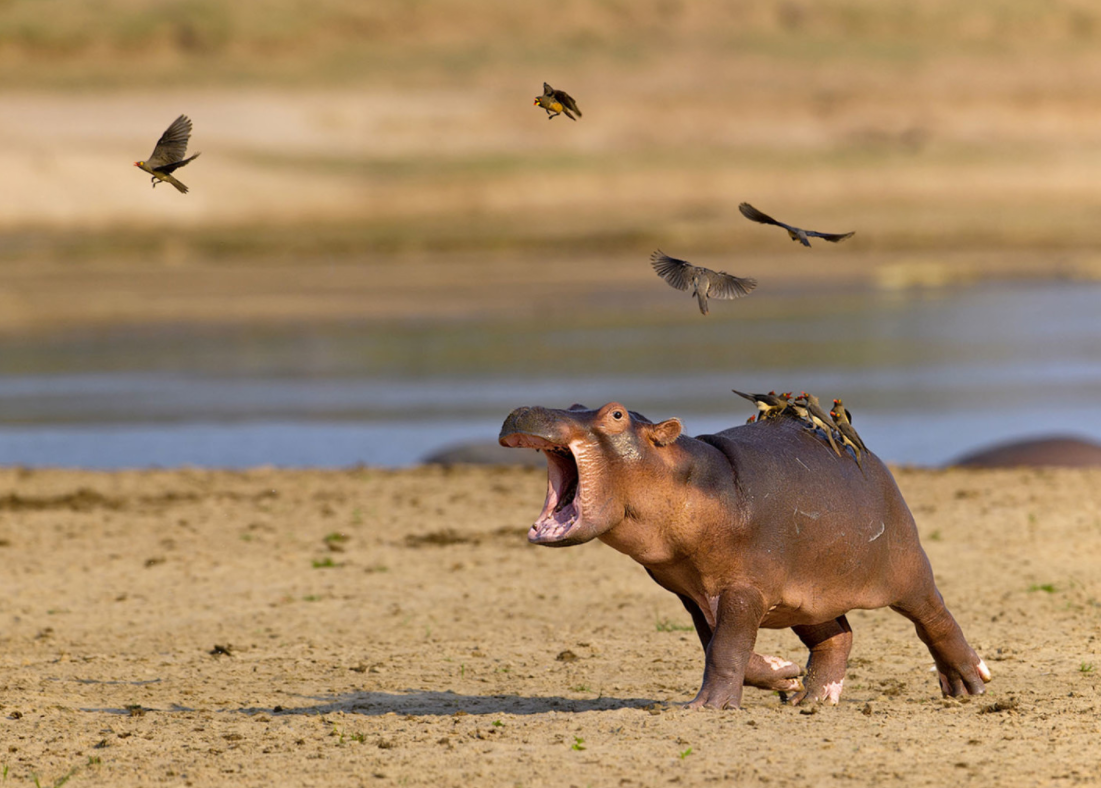 “I was crouching low in a river hide dug into the Luangwa River’s bank, focussing on a pod of hippos when all of a sudden I noticed the baby rushing toward me with his pursuers,” Mol explains.

He began photographing the hippo as it screamed, ran to its mother, and twisted side to side in an attempt to shrug off its “assailants.”

“At first, I was perplexed as to what was going on, seeing this young hippo racing towards me and the safety of the water, but then I realized it was a little flock of oxpeckers,” the photographer says, adding, “It was extremely amusing to witness.” 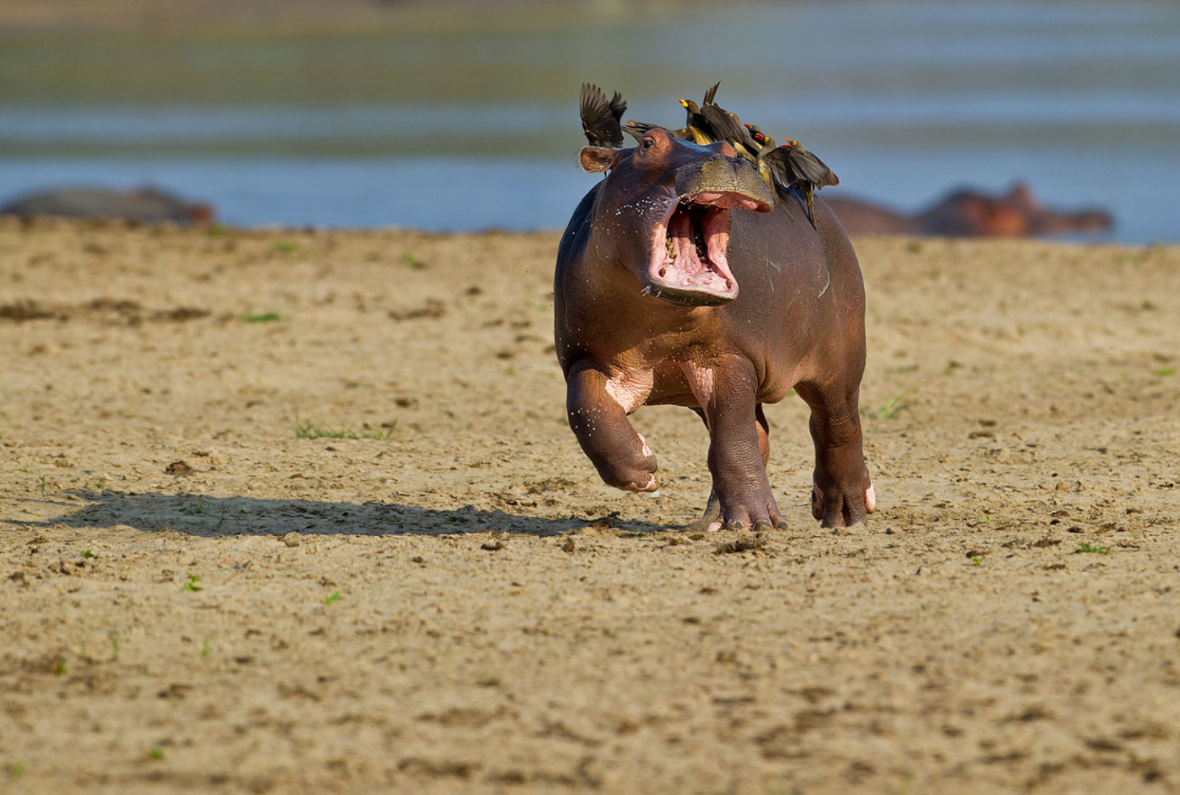 However, it appears that the newborn hippo had not yet received the memo about its avian buddies in this situation.

Mol explains, “The baby hippo was definitely not used to the red and yellow oxpeckers on his back, and it was only a matter of 10 seconds or so before the little fellow had had enough.”

“With time, the baby will realize that these birds aren’t trying to hurt him.”

These photographs reminded Mol of the unpredictability of nature and wildlife photography – you never know what you’ll catch when you take your camera into the world of wild creatures.

Mol says, “I got a good laugh when I realized I had captured something a little different and yet extremely humorous.” “I love the expression on this little guy’s face as he furiously tries to fend off what he regards as unpleasant pests.”