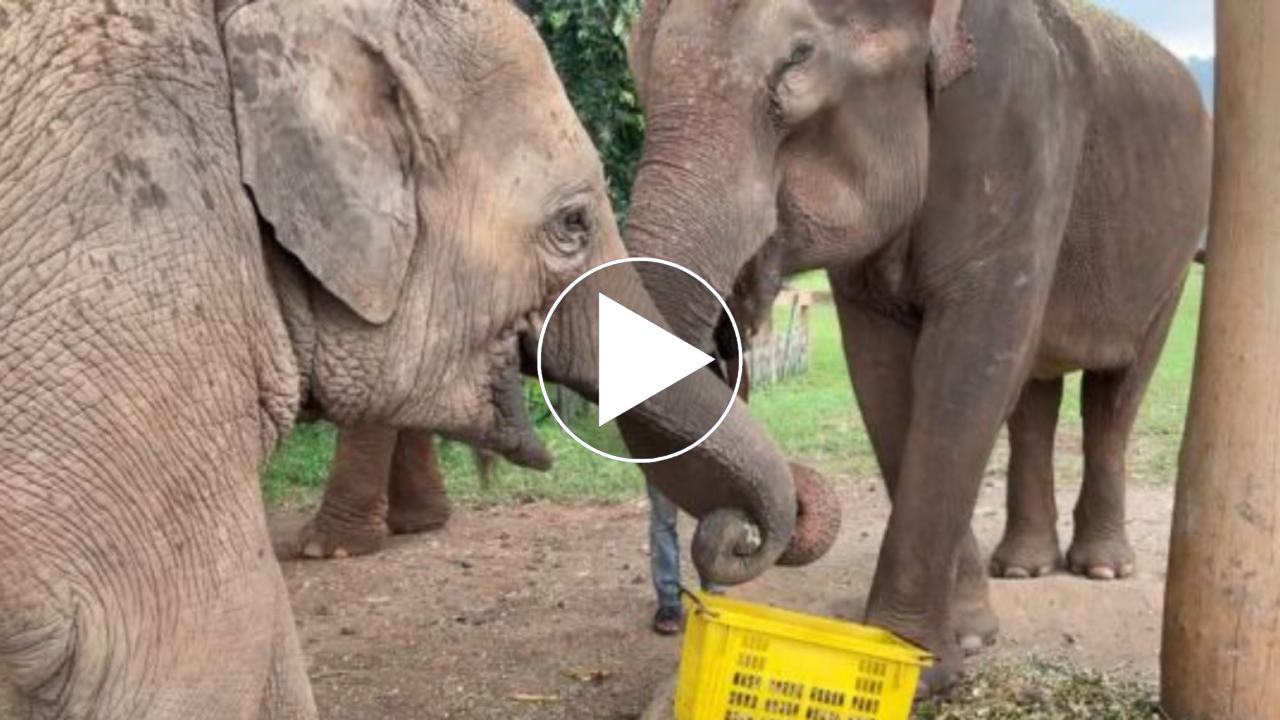 Pai Lin (Sapphire) is a 45-year-old elephant who was recently rescued from a hiking camp in Kanchanaburi with lady Kai Mook. 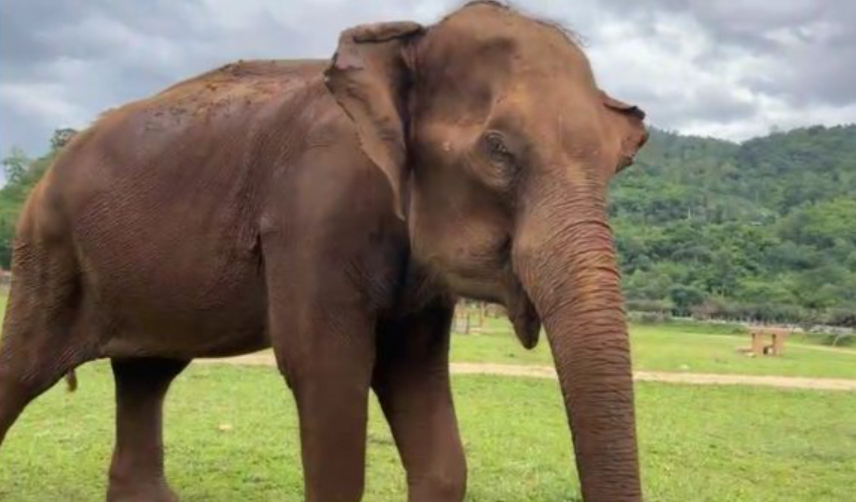 The two ladies arrived at ENP on June 2, 2021, We immediately placed them in quarantine, but Pai Lin appears to have suffered more damage.

She accepted her new mahout, but she was uneasy around other elephants, including Kai Mook, who had previously lived at the same location. 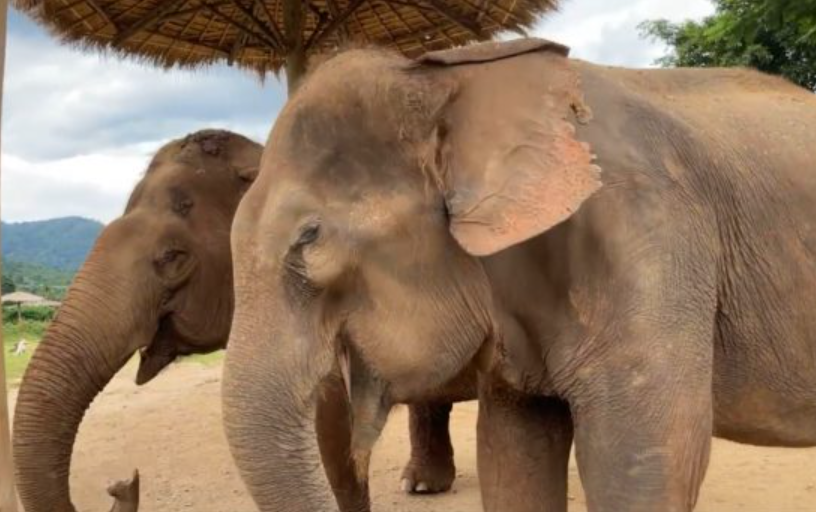 Pai Lin was placed in the chain-free shelter next to Jokia, and we noticed that Pai Lin attempted to approach Jokia with her trunk.

This is a good sign that she wants to become friends with Jokia, It’s wonderful to see Jokia and Pai Lin converse. 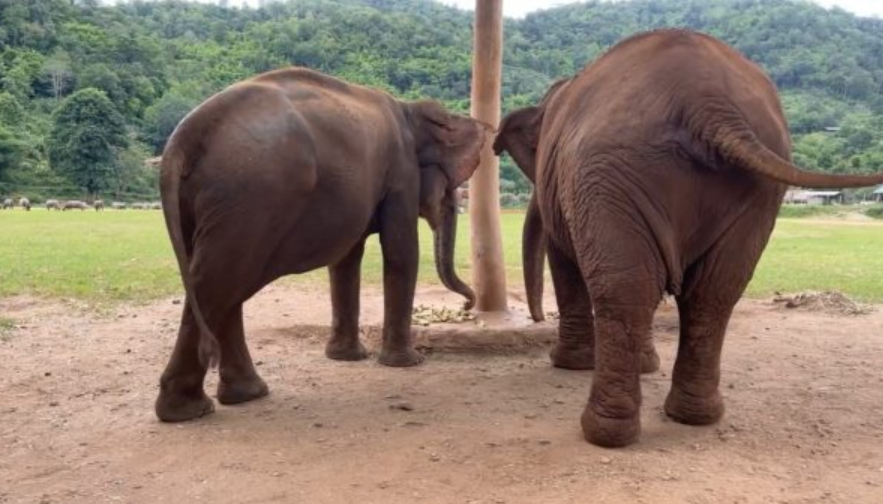 We let them walk to the field together, accompanied by baby Thong Ae, who adores Jokia.

Pai Lin is more comfortable and quiet, We give her special food prepared from steamed rice mixed with chopped grass, bananas, and vitamins because our vet discovered she doesn’t have teeth and has numerous lumps inside her mouth from trying to eat certain hard plants with her gum. 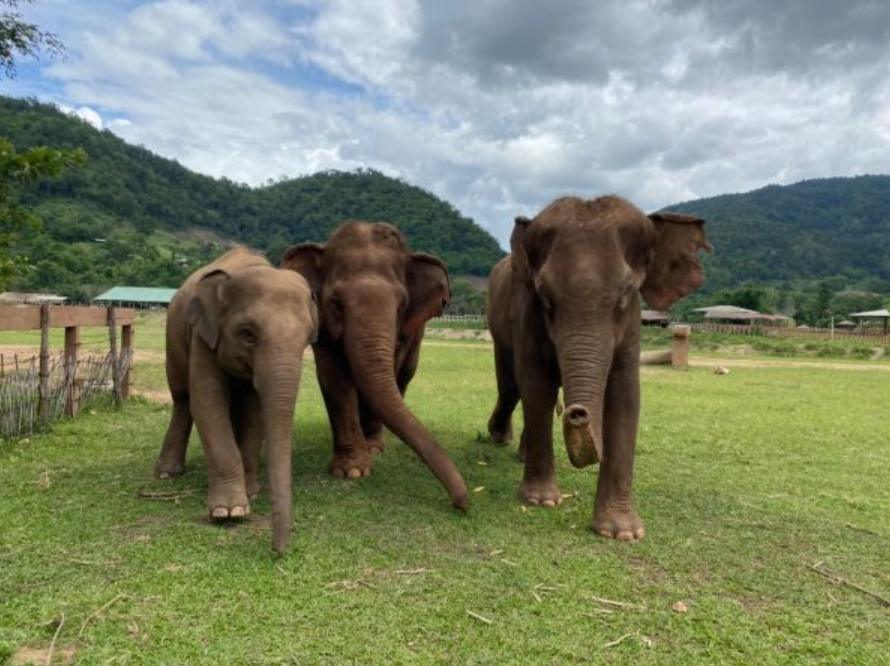 Pai Lin is so generous to share her meal with the infant, and Thong Ae enjoys it as well.

However, we must give Jokia some bananas while Thong Ae and Pai Lin eat because we do not want Jokia to become overweight. 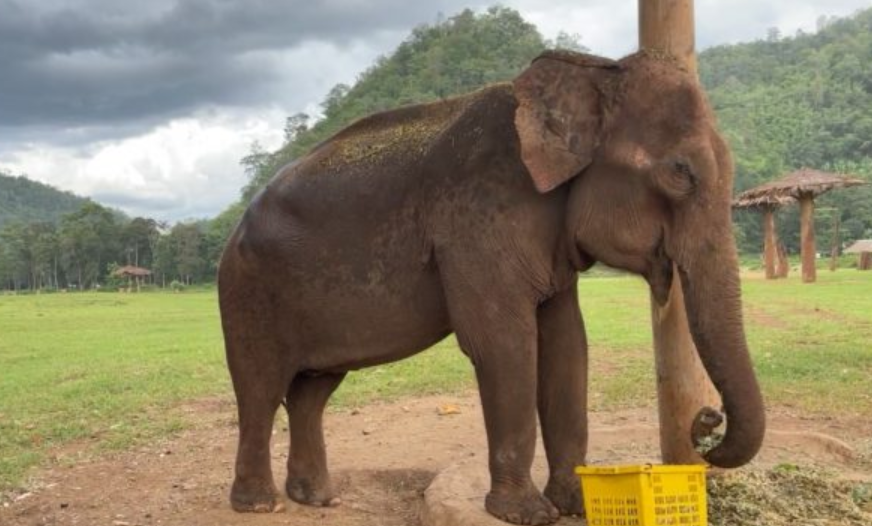 Pai Lin forming a bond with another elephant makes us very pleased.

Unfortunately, Sri Prae refuses to join the group, and she spends the majority of her time alone on the riverbank, She came to see Jokia, but she does not appreciate it when Pai Lin tries to approach her. 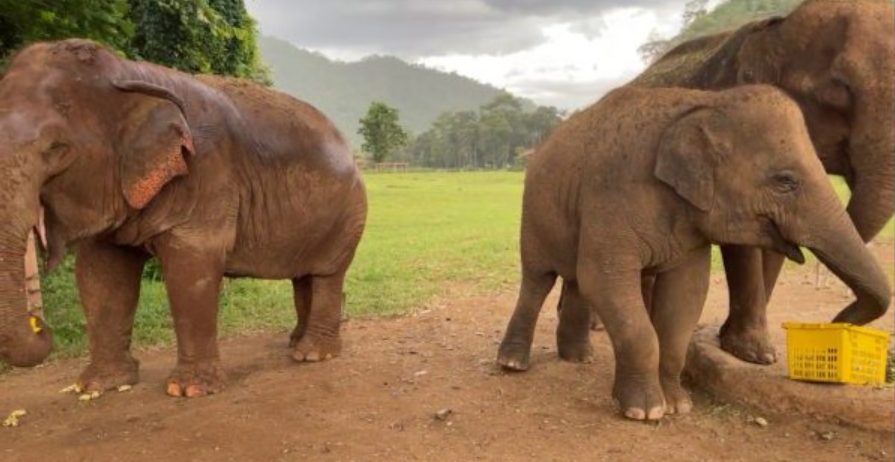 She moved away after making a low rumble as a warning that she didn’t want Pai Lin to interact with her.

In November 2020, Jokia and Sri Prae were involved in an accident caused by a man who flew a drone above our park, frightening our elephants. 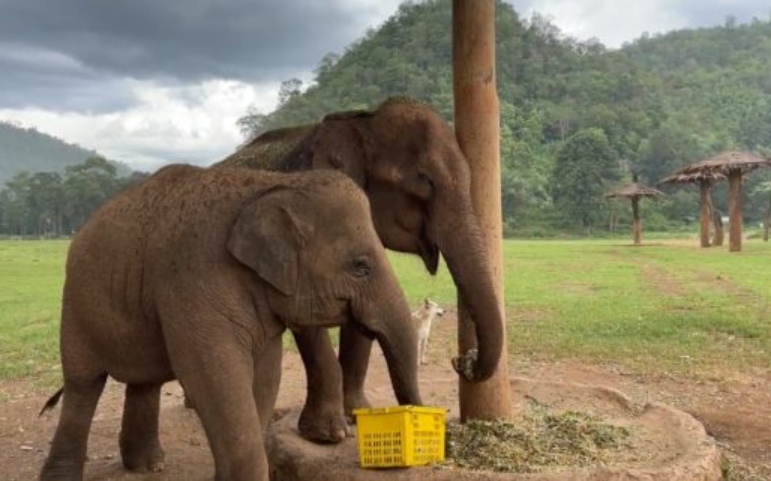 Our blind elephant-like Jokia, in particular, was horrified by the sound of the drone.

The poor blind elephant, who is completely blind and unable to see anything, was terrified and raced away, colliding with the gate. 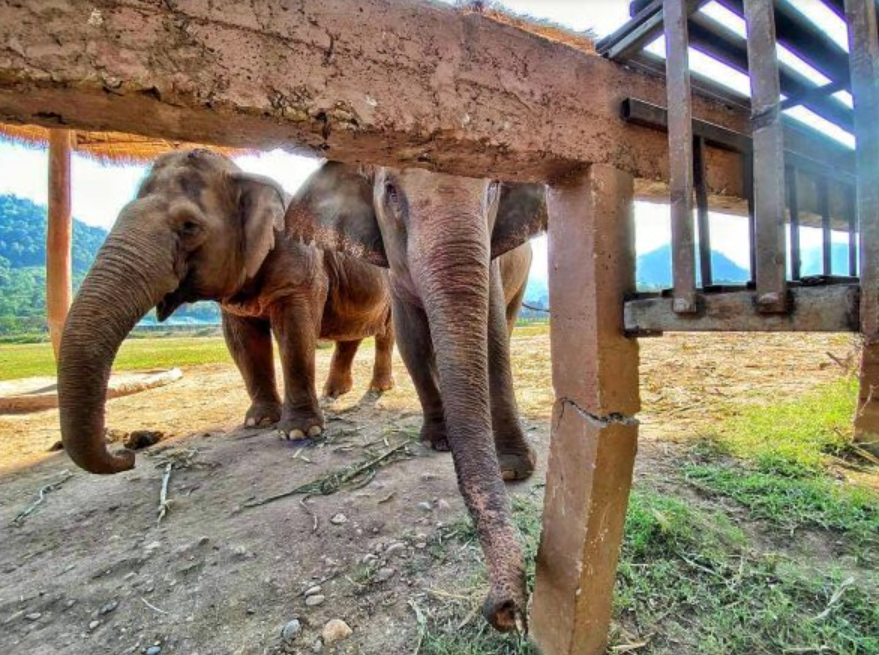 Sri Prae, who is her best friend and always accompanies Jokia wherever she goes, tried to console her, but Jokia was so shaken that she collided with Sri Prae by accident.

Sri Prae and Jokia appear paranoid of one other since then; they don’t spend as much time together as they used to, but Sri Prae is still concerned about her blind friend; she visits Jokia throughout the day and then goes away to spend the most of her time by the riverbank. 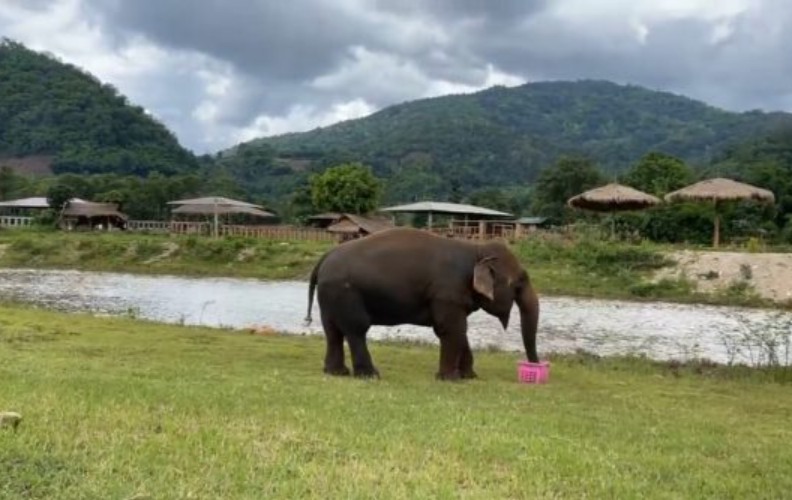 We’re following them to see how they act and if Jokia and Sri Prae are still getting along.

Only time will heal their wounds; we hope they are able to get over this terrible period soon, One day, we may see Jokia, Sri Prae, and Pai Lin reunite as a beautiful family.

We never stop wishing for their happiness and doing everything we can to make it happen.