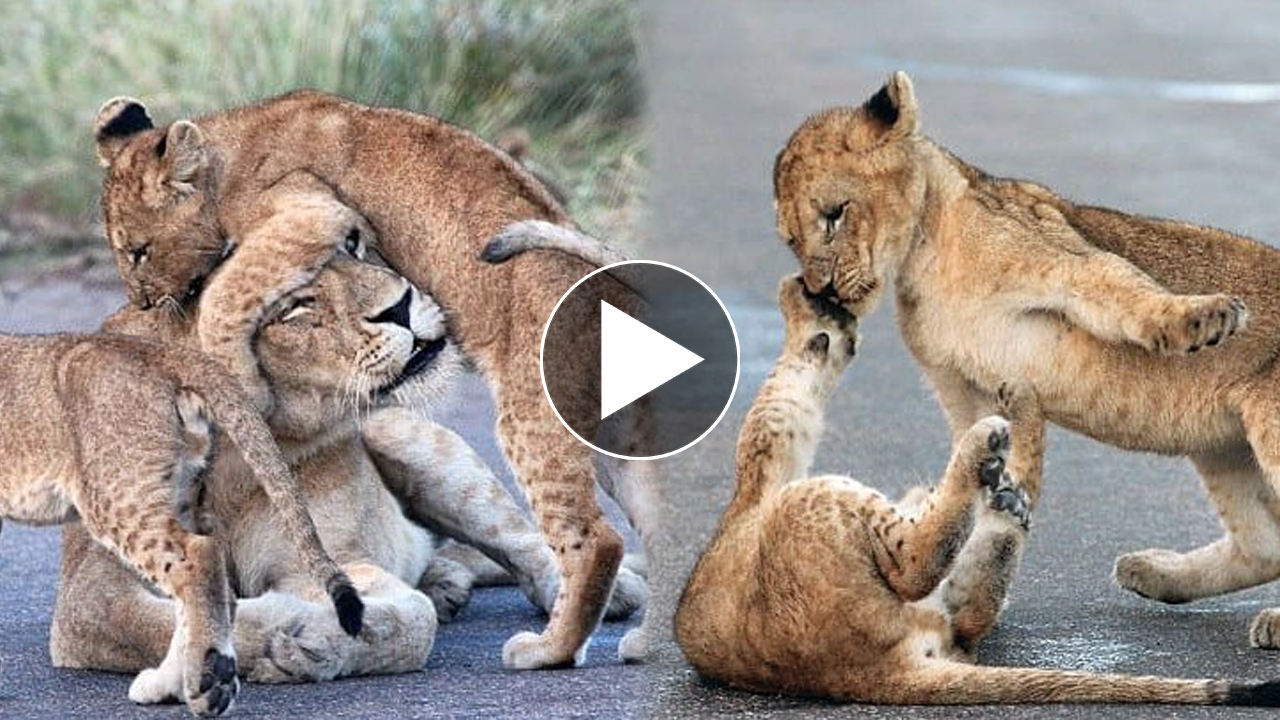 Traffic block is so annoying, It easily gets us irritated, especially when we’re rush out of the house for work in the morning. 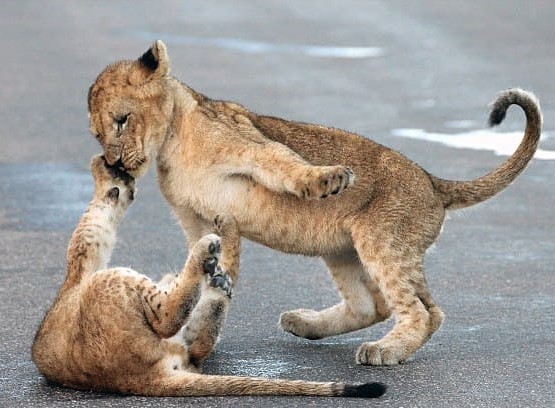 You are almost late, and of course, it’s not an ideal way to start a day at all.

Have you ever felt pleasant or even excited during traffic congestion? Well, this totally depends on the cause of the stuck. 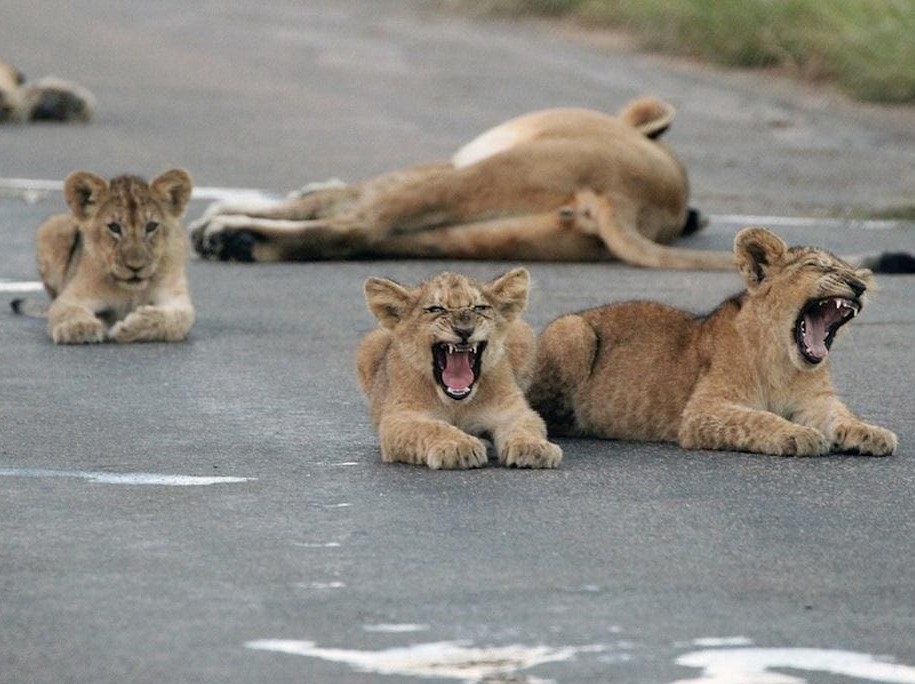 A street parade, a bike race, or even a playful wrestle between animals who come out from the bush.

This is exactly what happens at the Kruger National Park in South Africa. 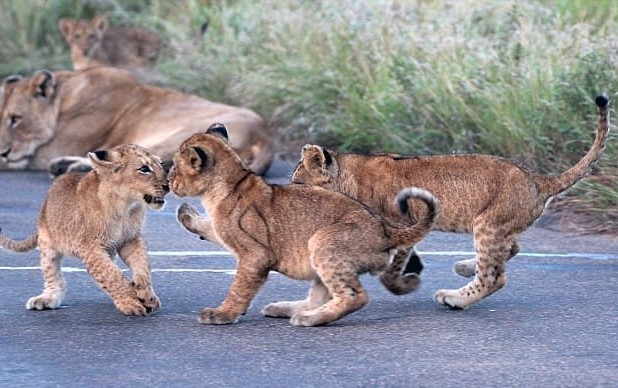 A pack of adorable lion cubs stops in the middle of the road for relaxation, causing traffic blocks.

The gang playfully fights with each other and gets a lot of fun together. 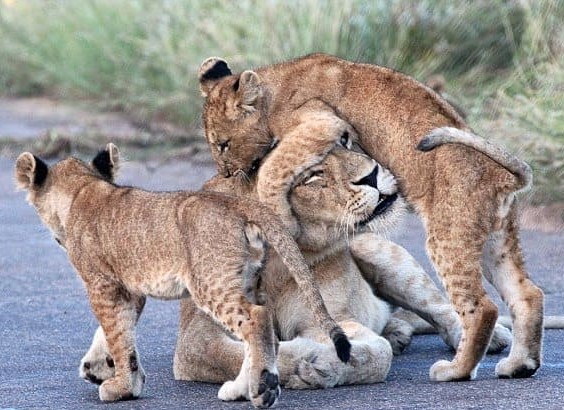 Actually, the lion cubs and their mother were crossing the road, But the kids seemed not all ready for the walk, they decided to borrow the road for the playground.

It was about 5: 30 am and the cubs still fell asleep, They just wanted to do something to raise their mood and boost their energy levels. 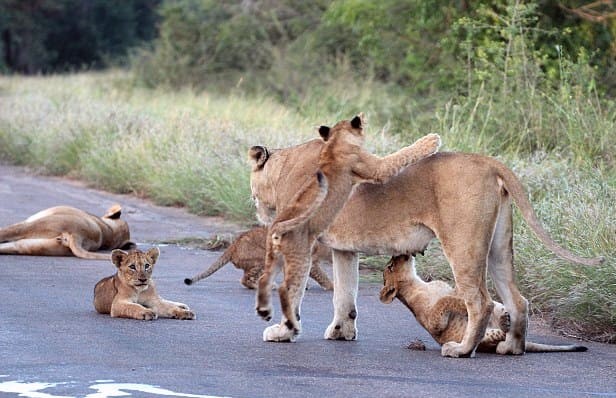 And, the cute gang kept playing in the middle of the road, Anton and Michelle Campbell-Harris who were traveling on the road at that time witnessed the wrestle of the baby lions.

The scene got the couple astonished, However, they patiently waited in their car until the cubs finished their playtime. 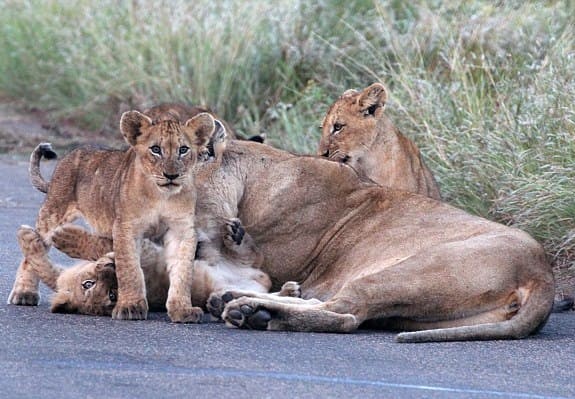 “It is difficult to describe the feeling of being with wild animals so close, you feel so privileged and it does wonders for your soul,” Mr Campbell-Harris said. 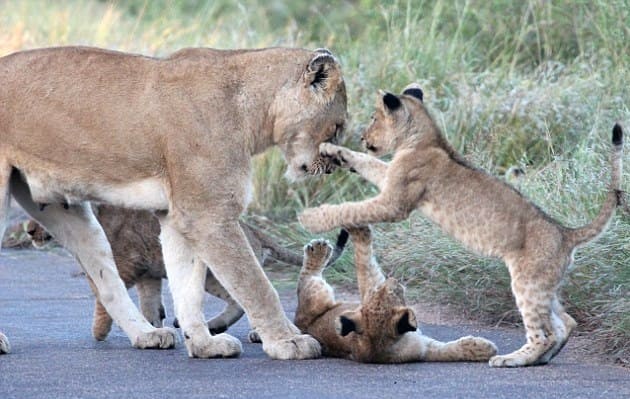 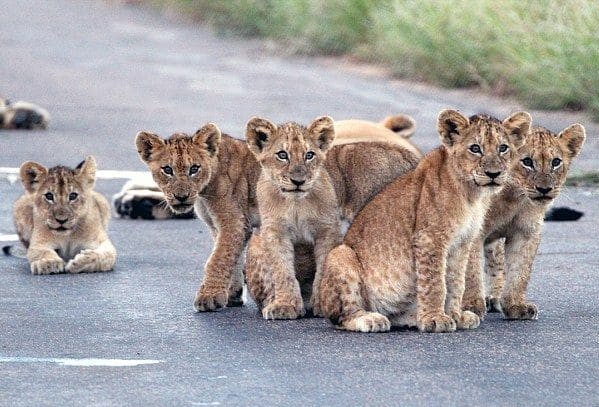 Those pictures won thousands of attention, The pair got an exciting time with traffic stuck, Admire them!.