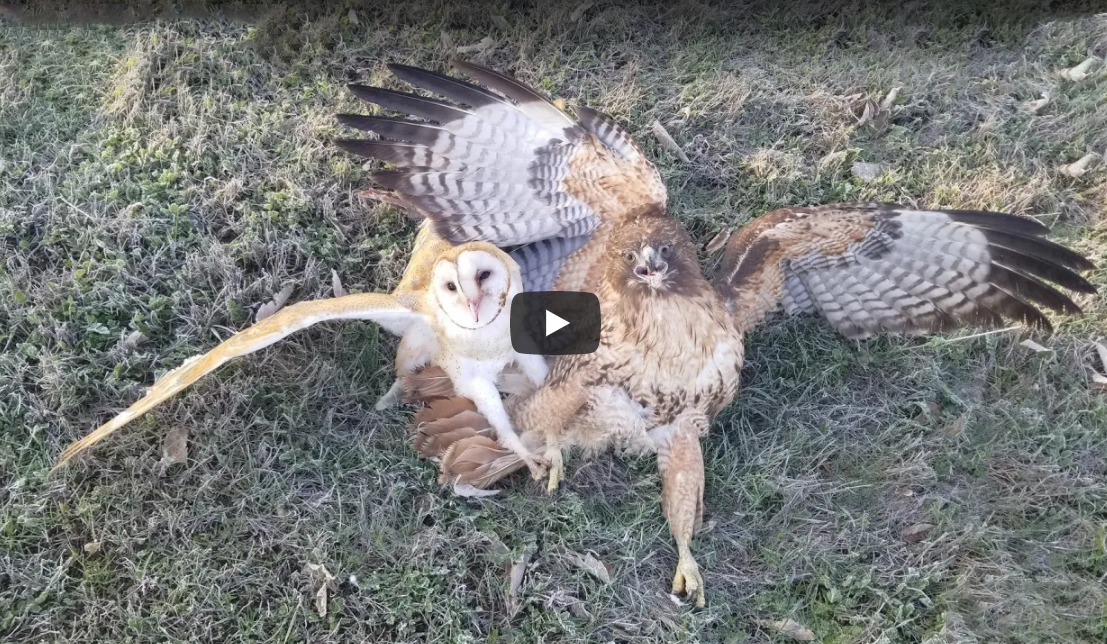 The hawk can and will go find something else to eat, It’s the man’s property, If he wants to help the owl, that’s his prerogative, You can decide to help or not on your own property! I would help the owl too, As a trucker, I drive a lot at night, Most of the time I see an owl, they are dead, Once a month, I see a living owl flying at night, Hawks, I see all day, almost every day, Owls need our help, Put boxes up at your house so they can raise their young in it, It’s not a sin to help the owl, it’s sad if you don’t. 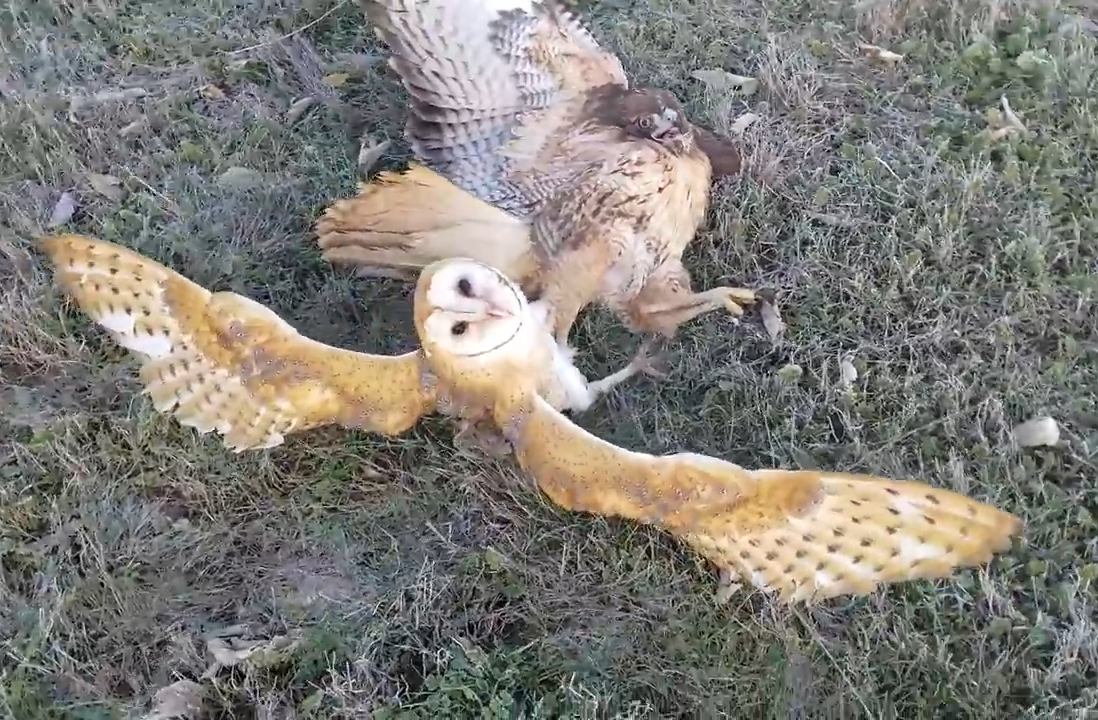 Crazy how the owl was almost communicating to the human-like, ‘Back me up human! This punk here has claws of steel!’ On the side of the coin, if this man wants to help an owl, that’s his prerogative, I know its nature but it just shows he has a kind heart, I’m curious though, did the hawk survive in the end? I’m guessing the owl was ok and your dog also?. 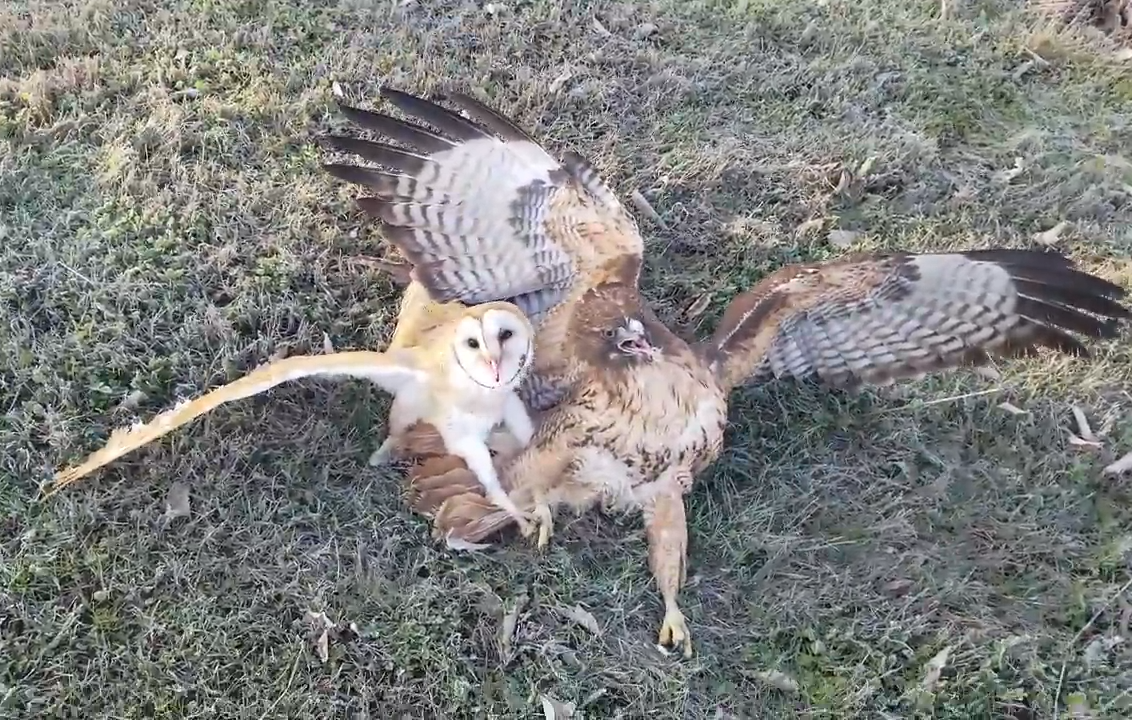 I always see this Pileated Woodpecker and hawk playing games, the hawk wants to eat the woodpecker and tries to chase him but the woodpecker is faster, but eventually, the hawk will probably get him because he is bigger and the woodpecker is always loud, I was working in the garage and heard a terrible scream, It sounded like a kitten in terror, I went to look and found a snake with a squealing frog in its mouth, I said, “let him go,” and the snake spit out the frog, I couldn’t stand the sound, I had to intervene, and I don’t feel guilty. 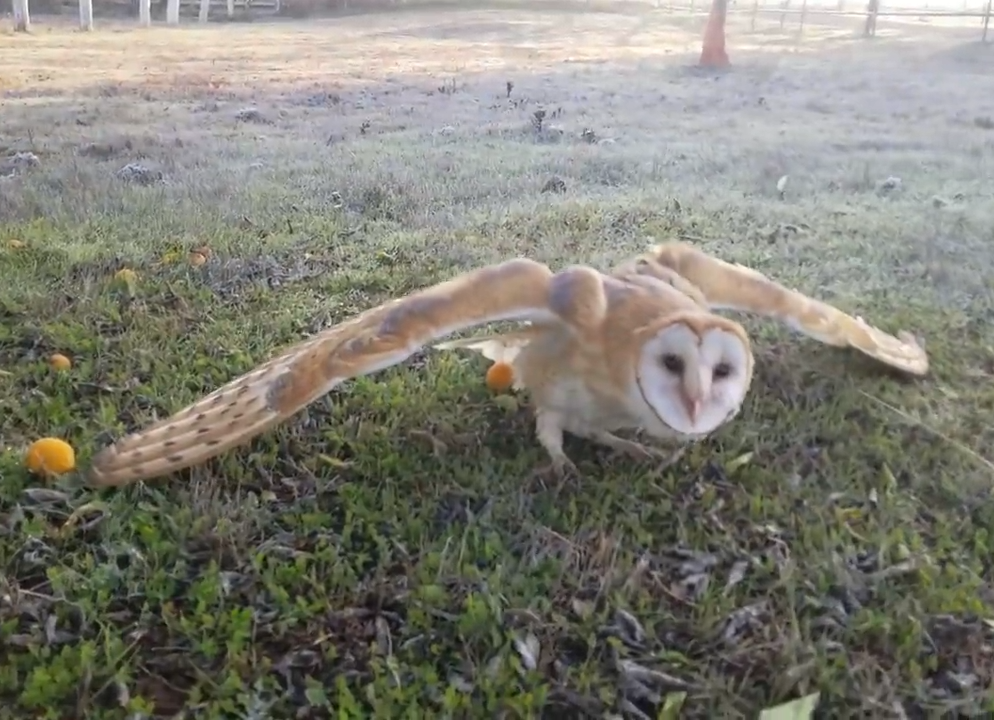 I would’ve separated the birds too and I will always help the little guy, Do you know what happened before you started filming? Did the hawk attack the owl and did the owl defend itself to the point where they both got injured? Also, in the end, did they both end up flying away, and were they both OK?.

Tbh it looks more like both birds attacked each other as I’ve seen owls being attacked by hawks before and they aren’t at all defenseless and can fight back with just as much if not more ferocity and usually end up leaving each other alone.