Orphaned Baby Elephant Learns How To Hold Milk Bottle With His Trunk, And It’s Adorable 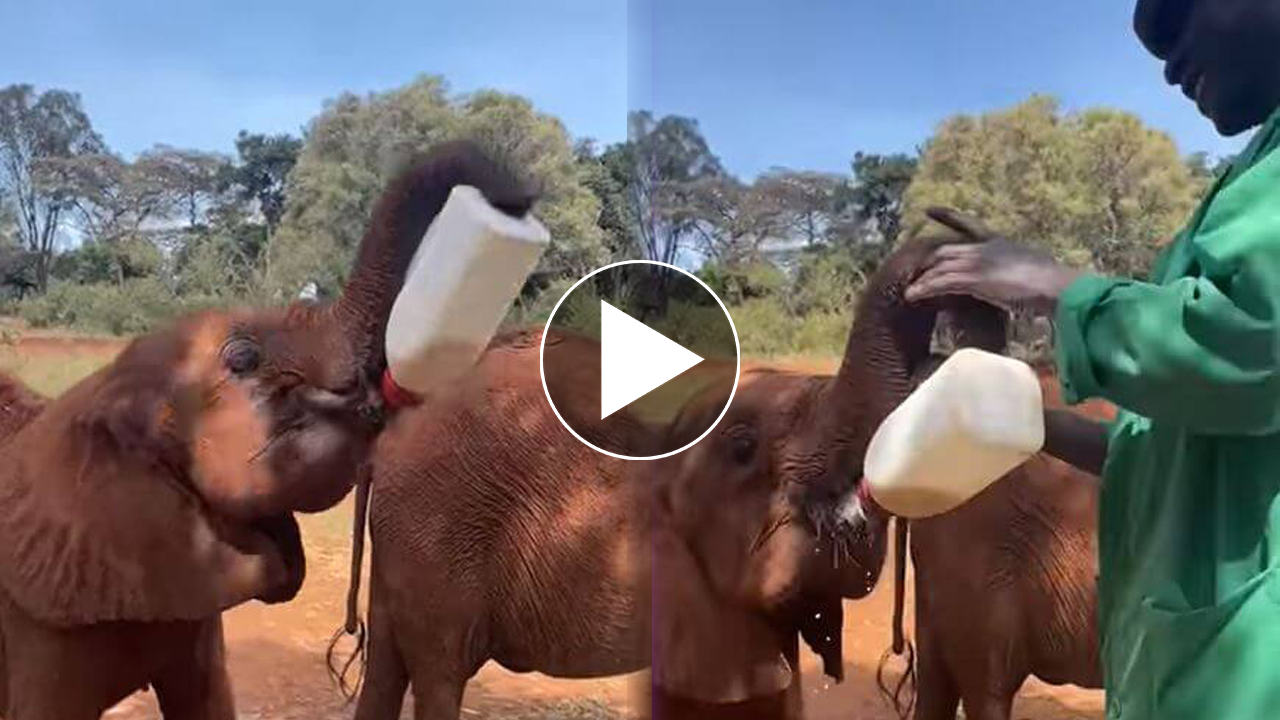 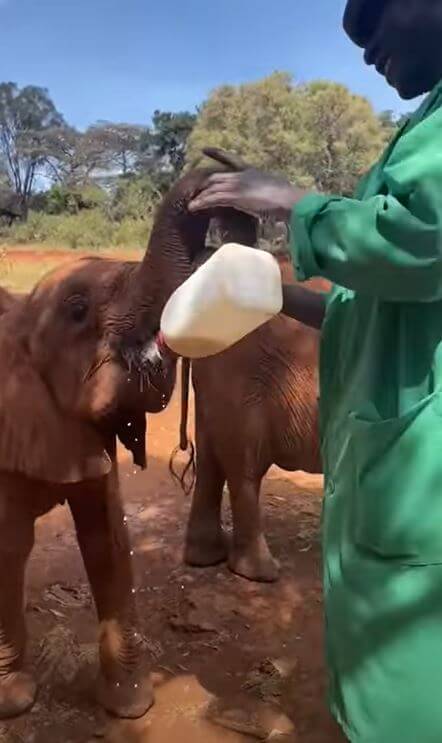 These creatures are incredibly adorable, even when they involve in funny accidents, cause troubles, or commit petty crimes. 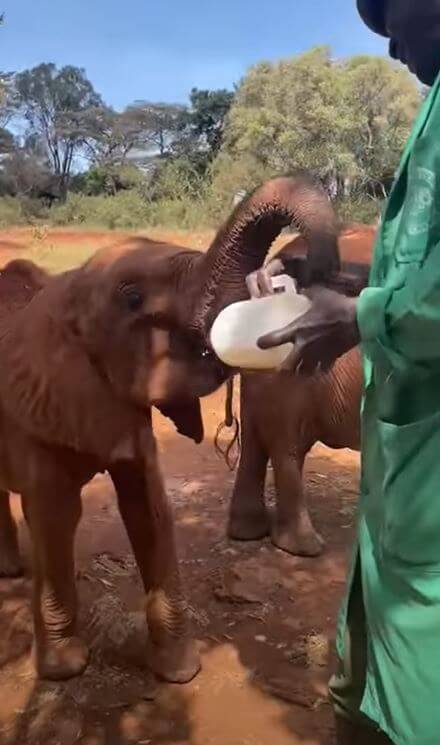 Just look at their big cute eyes and short chubby legs, Who can resist this cuteness?. 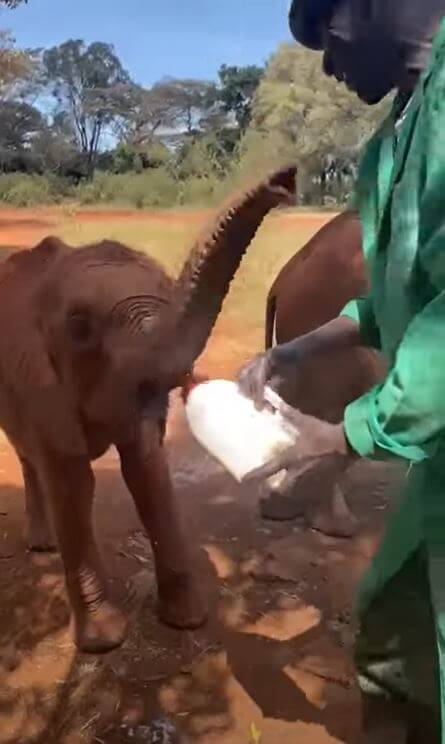 These “bouncy” babies also make us fall in love with their personalities.

They are friendly, smart, affectionate, and quite independent, Like kids, baby elephants love doing things on their own. 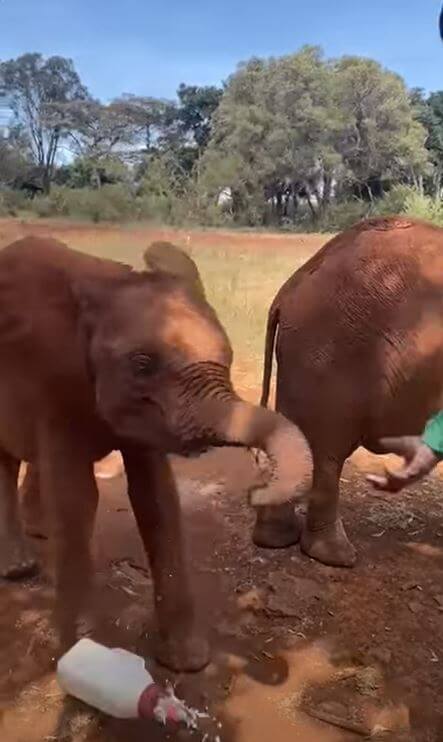 They may fail on the first try but are persistent to do it.

Bondeni the baby elephant at the Sheldrick Wildlife Trust, Nairobi is no exception, He is 2 years old and starts learning to do some stuff himself. 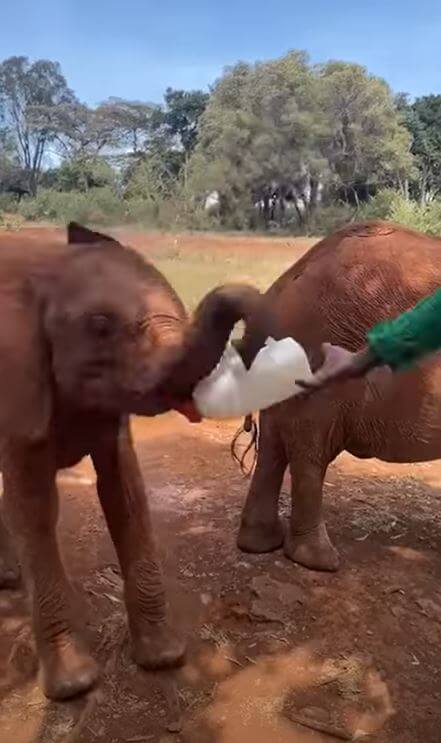 The cute little animal learns to hold his own milk bottle at the same time as drinking it.

He tries to use the tip of his trunk for this job, Meanwhile, his keeper stands next to him and helps him pick the bottle up when he loses his grip, The man is proud of his little boy. 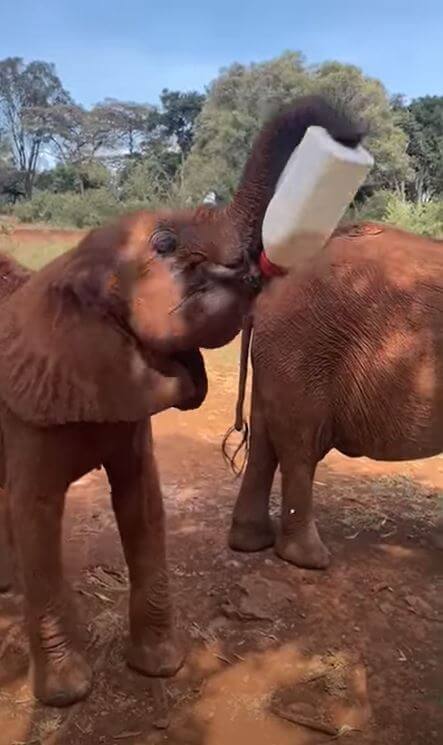 These cute moments were captured on camera by other staff of the zoo, They are happy to see their furry friends and children grow up healthy and strong every day.

Bondeni is an orphan, The baby elephant was found wandering around alone when he was still very young. 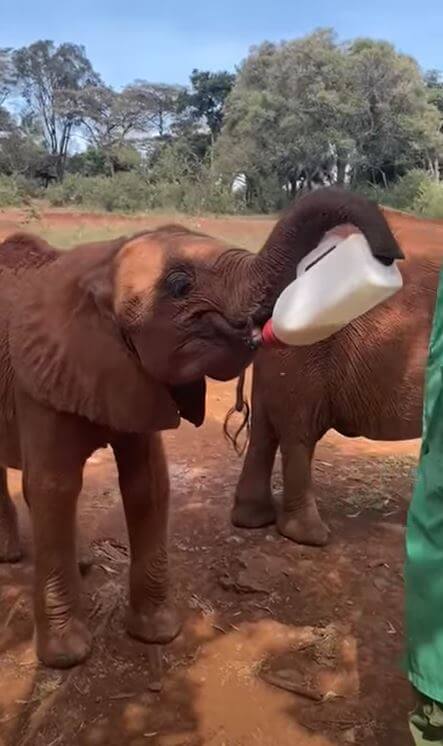 He was even suffering from severe wounds around his leg area, making him struggle to walk.

Luckily, the calf’s cuts healed and he was transferred to the nursery, As he was still little baby, keepers at the zoo fed him with formula milk every three hours. 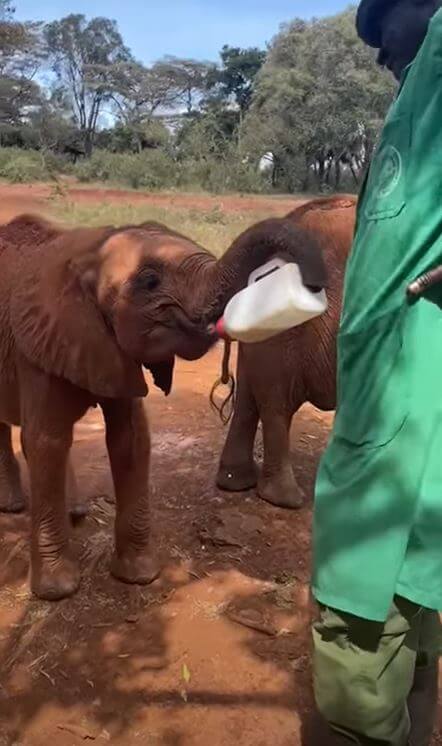 When Bondeni was a bit older, he got interested in drinking milk on his own, He took the role of his keeper and did it pretty well. 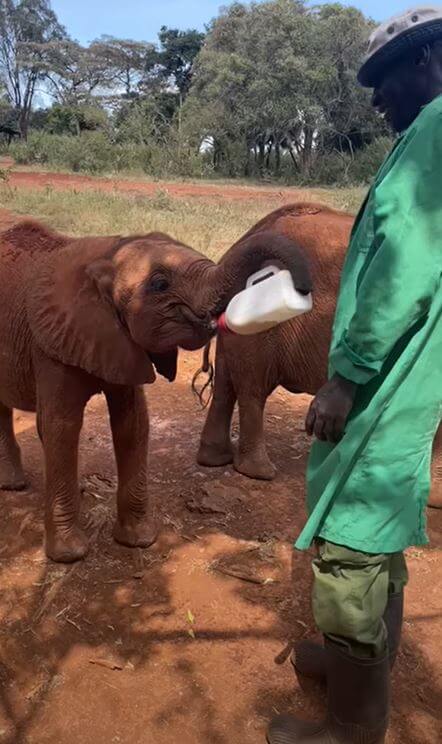 “He might be little but Bondeni is big on personality and bravado – watch him try and be a big bull and hold his milk bottle all by himself.

He’s an orphan in the care of our nursery,” the Sheldrick Wildlife Trust wrote on Twitter.