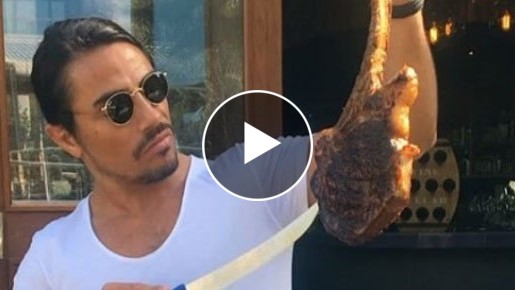 The first man to capture the collective internet’s attention in 2017 is Turkish butcher and restaurateur Nusret Gökçe.

The sexy man has been dubbed ‘Salt Bae’ by social media users around the world because of a video of him cutting up a large piece of meat and salting it in a way that can be described as very passionate.

See the above-mentioned video of him salting his meat here (at the time of writing it had over 2 million views).

A look at his Instagram account reveals that he really, really loves salting very large pieces of meat with a lot of flairs.

People have become fascinated with Salt Bae, here are some of our favorite tweets about him.