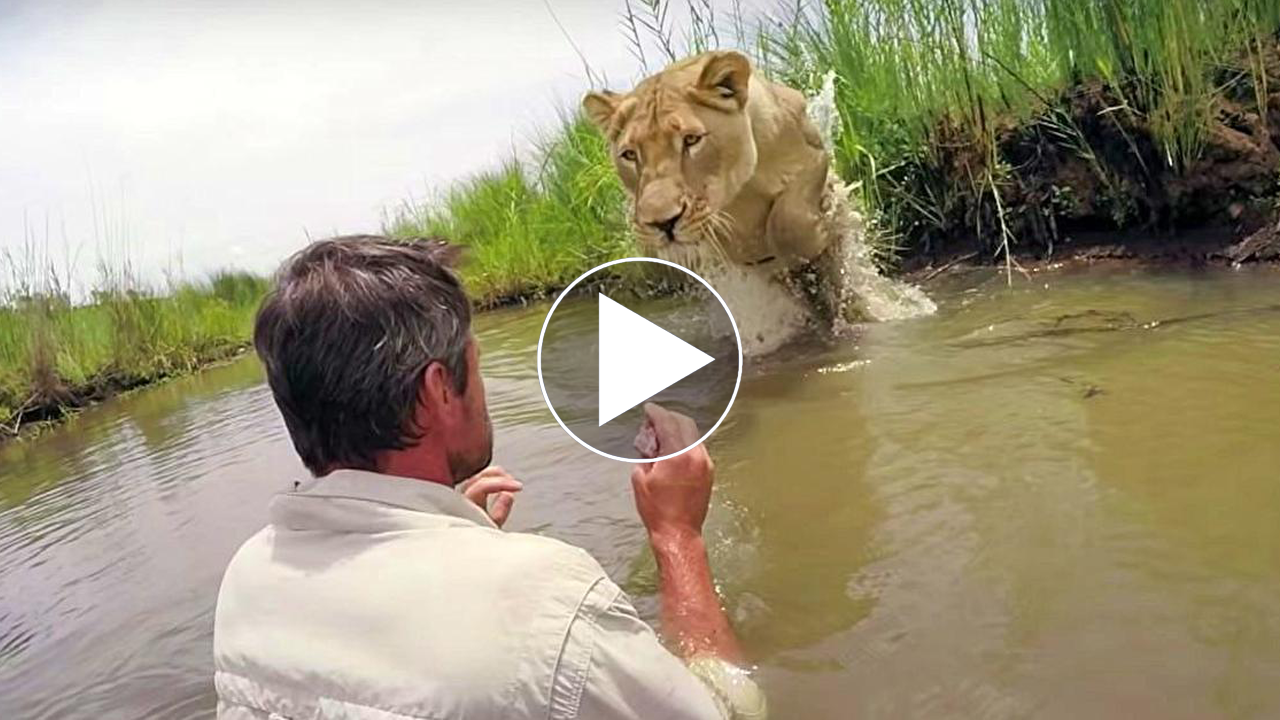 There is nothing stronger than the bond between you and your animal, especially when you helped raise them, People dedicate their whole lives to saving animals, just out of love, and this is what Kevin Richardson does.

One day, while working at the Lion Park in South Africa, he witnessed a mother lion reject two of her newborn cubs, Some people may have feared approaching the pair, but Kevin’s instincts told him otherwise.

Rather than letting them get taken and put in cages, he placed the cubs into a wildlife park, where they could flourish, The goal at the center was to raise these cubs in a way that meant they could grow up fully functioning adults without human assistance.

Seven years on, Kevin decided he was going to visit the pair, named Meg and Ammy, and understandably he was nervous about their reaction.