Lion & Leopard Fall Out Tree While Fighting For Food 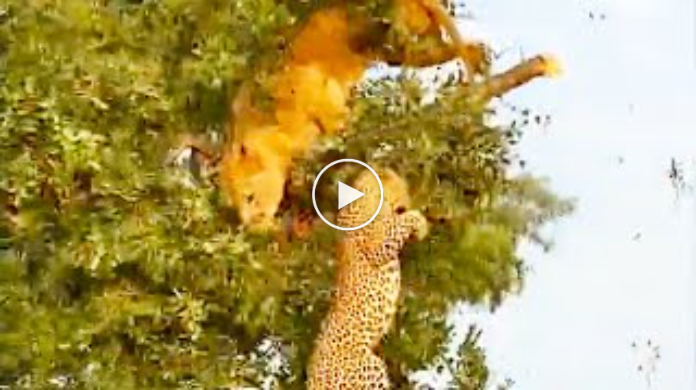 One of those moments no one would believe unless you recorded it, Also I’m impressed that a lion was even able to climb that high. 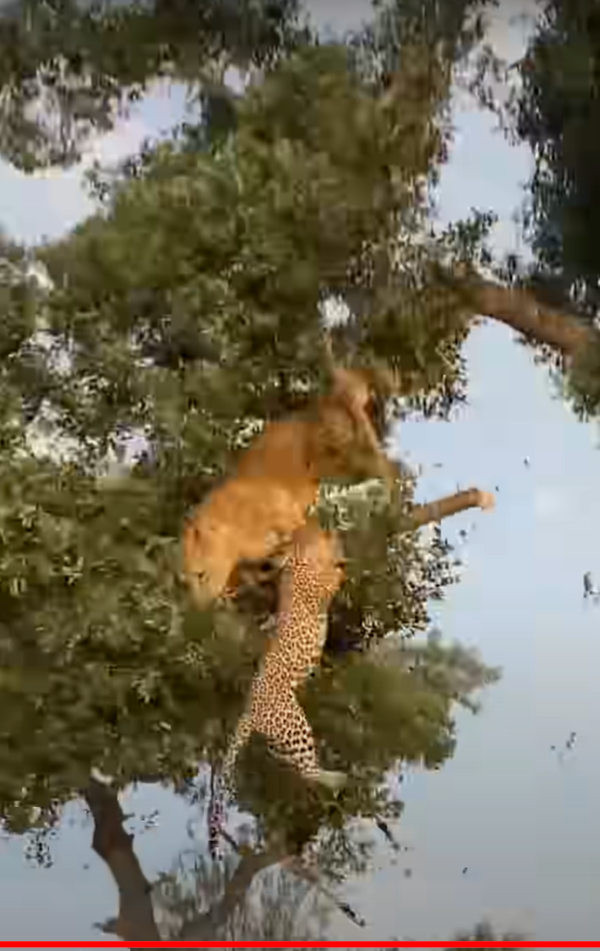 A leopard was up a tree, eating, and a pride of nearby lions could smell something was up, They explored the area until they found the Leopard and its food. 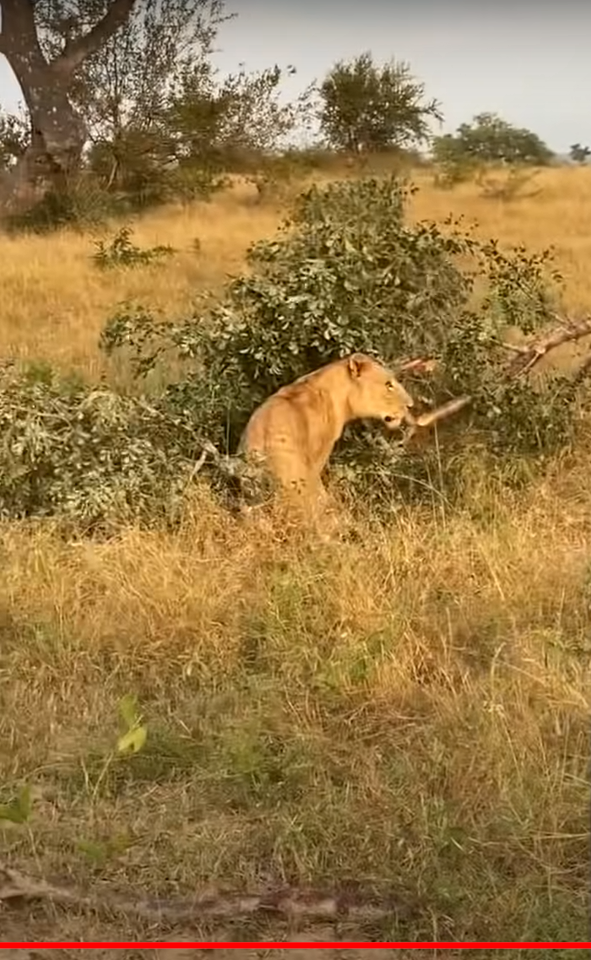 One lioness decided to try and get to the meat, but the Leopard put up a fight. 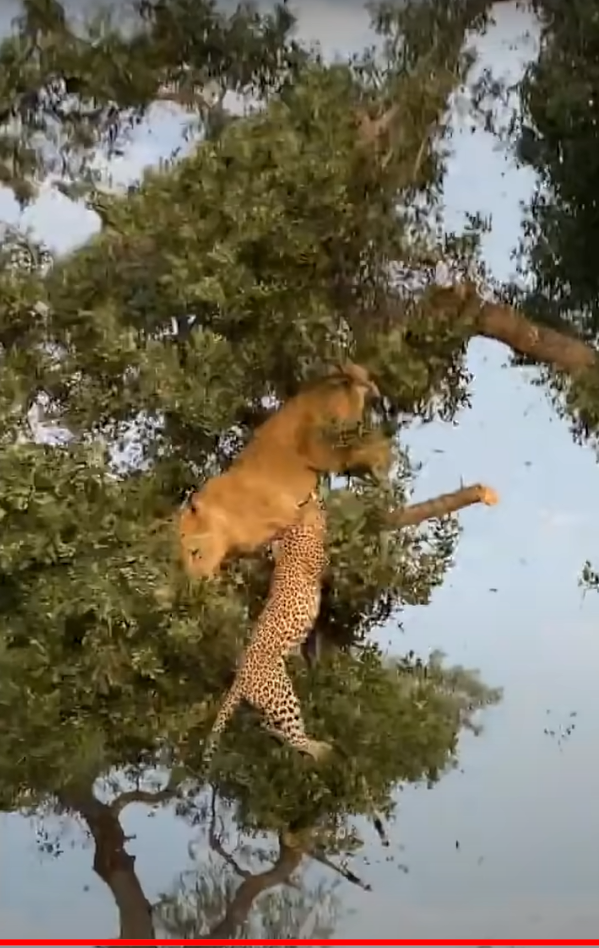 While they were fighting, the tree broke, giving the Leopard an easy way out!

The movement of the leopard when it hit he floor was insane Can’t believe a cheetah is still some how faster than that.