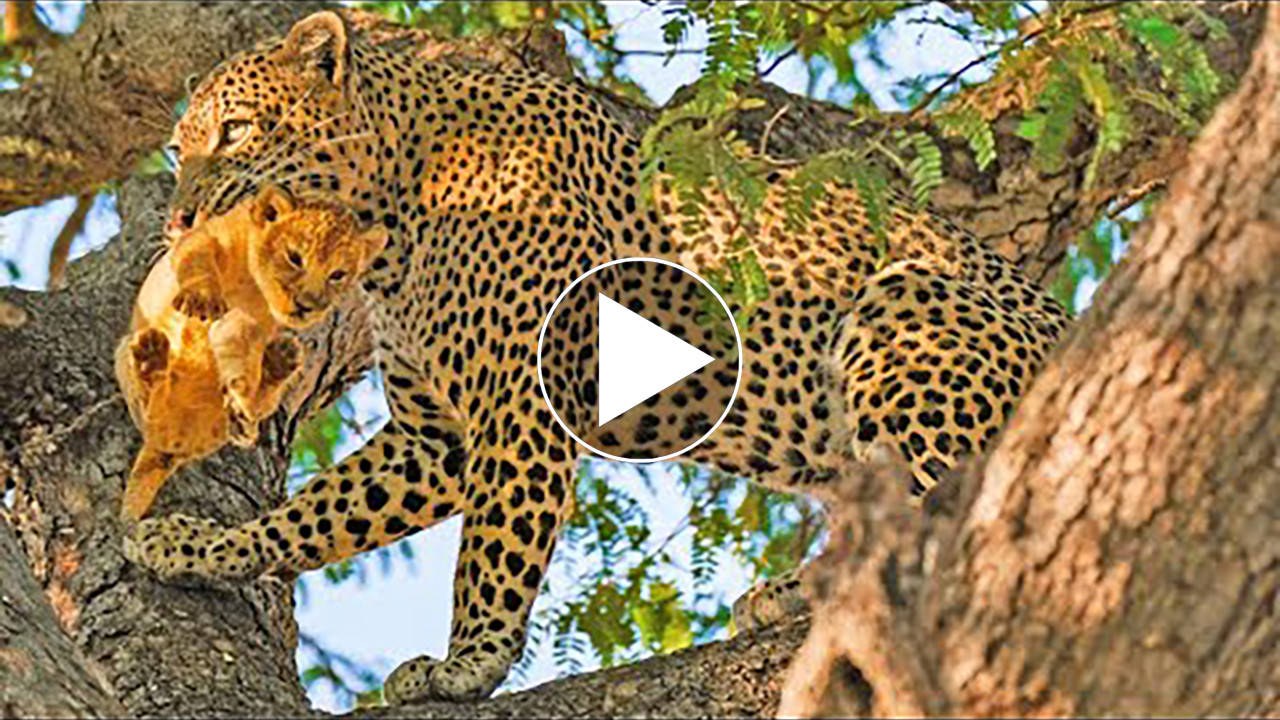 This is one of those perfect sightings to show people who go by the textbooks, Nature will show you something different, Oh thank you editor for that cut, Impalas getting ripped up by various predators hardly makes me bat an eye but I didn’t want to see the cub die.

As an absolute lover of lions, it is gutting to see this cub killed, But it’s also bittersweet, In the sense that the leopard was nourished and fed, It is only acting on instinct and survival, the opportunity presented itself, Leopard took a chance and reaped the reward.

The leopard could have been desperate and starving, or just wanted to eliminate future competition, either way, it was successful, I pray the leopard doesn’t encounter the angry mother or the rest of the pride.

I’ve been told by my professor about lionesses tracking “cub killers” whilst studying them in Luangwa and also Tsavo East, Either way, This is the balance of life in the wild, especially the incredibly beautiful but hostile African bush.