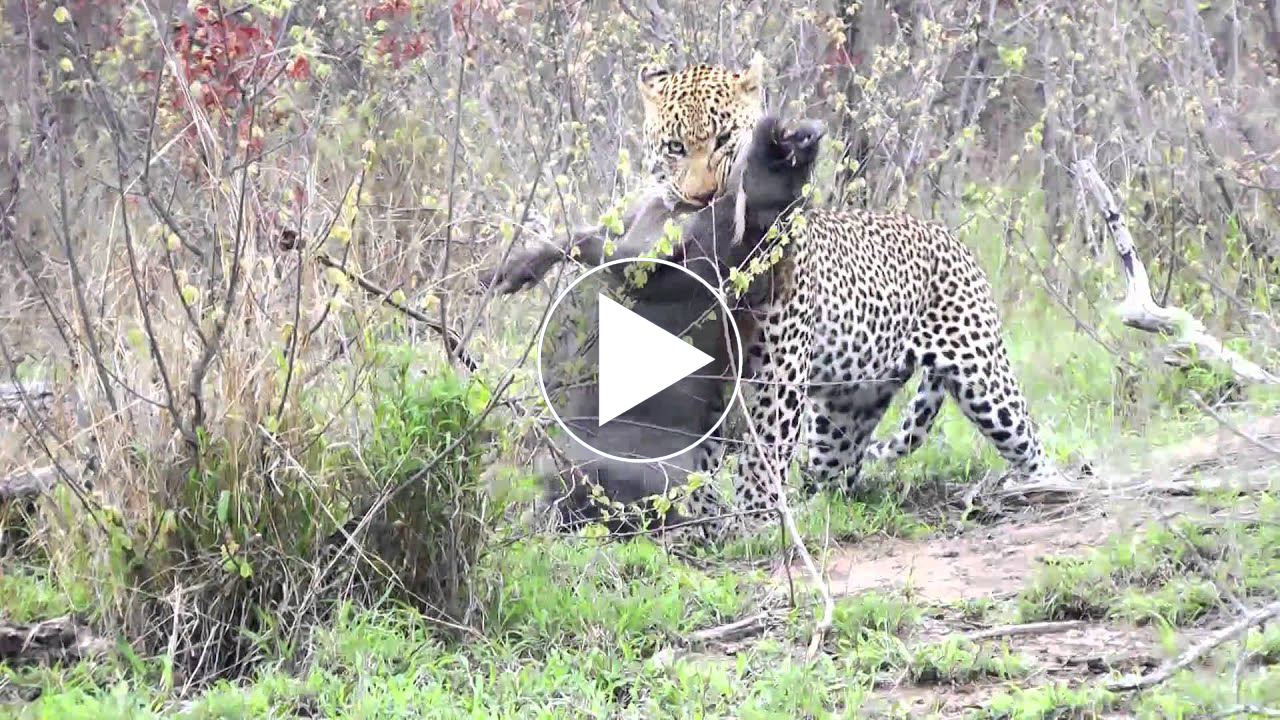 The Leopard has a really good grip on this Warthog’s throat because normally there would be a lot of loud squealing. I didn’t even see the leopard until he pounced! I think the warthogs were saying the same thing!.

I wonder if eventually whenever these animals see a human on a truck with a camera around, they’d start to learn there’s probably a nearby lion or whatever it is that’s about to kill them. I admit I would be Leopard chow because I didn’t even notice it in the grass. BTW, what a beautiful cat!.

This was back in 2011, I see quite a few wart hogs in this clip. It’s 2016 now. Besides the one that’s killed in this video, I wonder how many of those wart hogs are still, around, or have they all become leopard and lion food by now.