Leopard Gets the Fright of Its Life from a Hyena 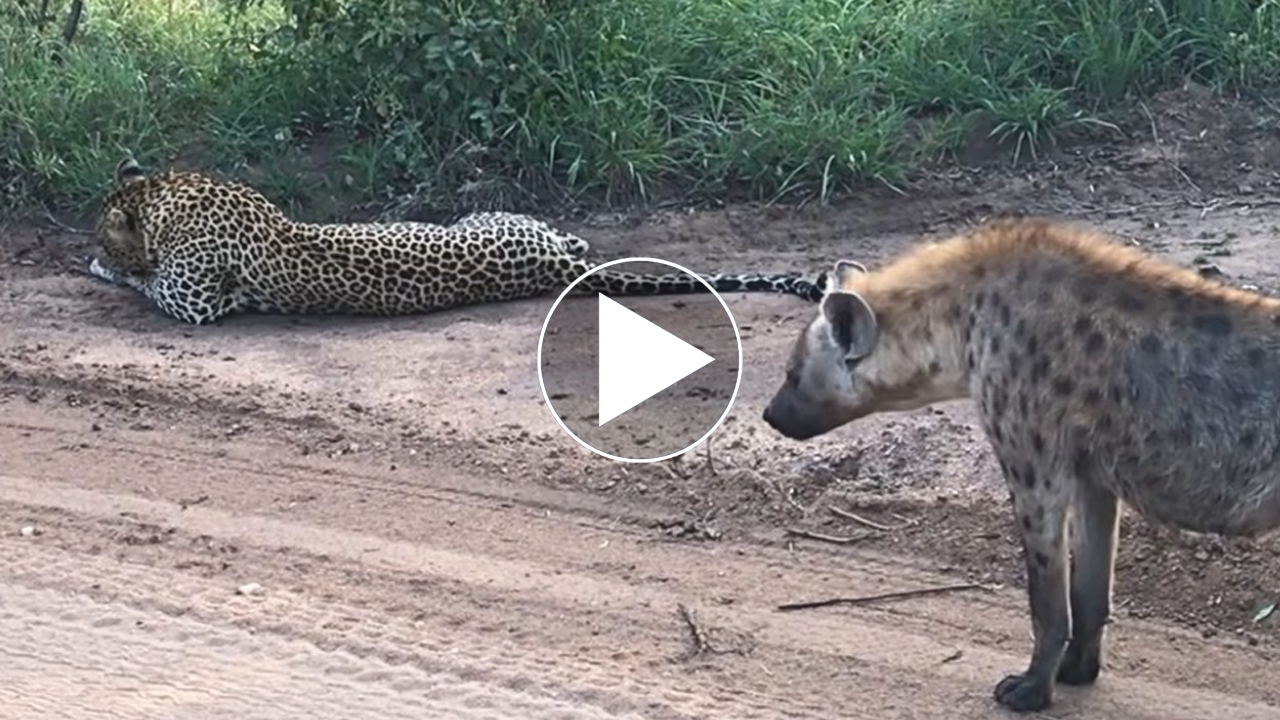 In this incredible footage recently released online, a cunning hyena caught a leopard off a surprise. 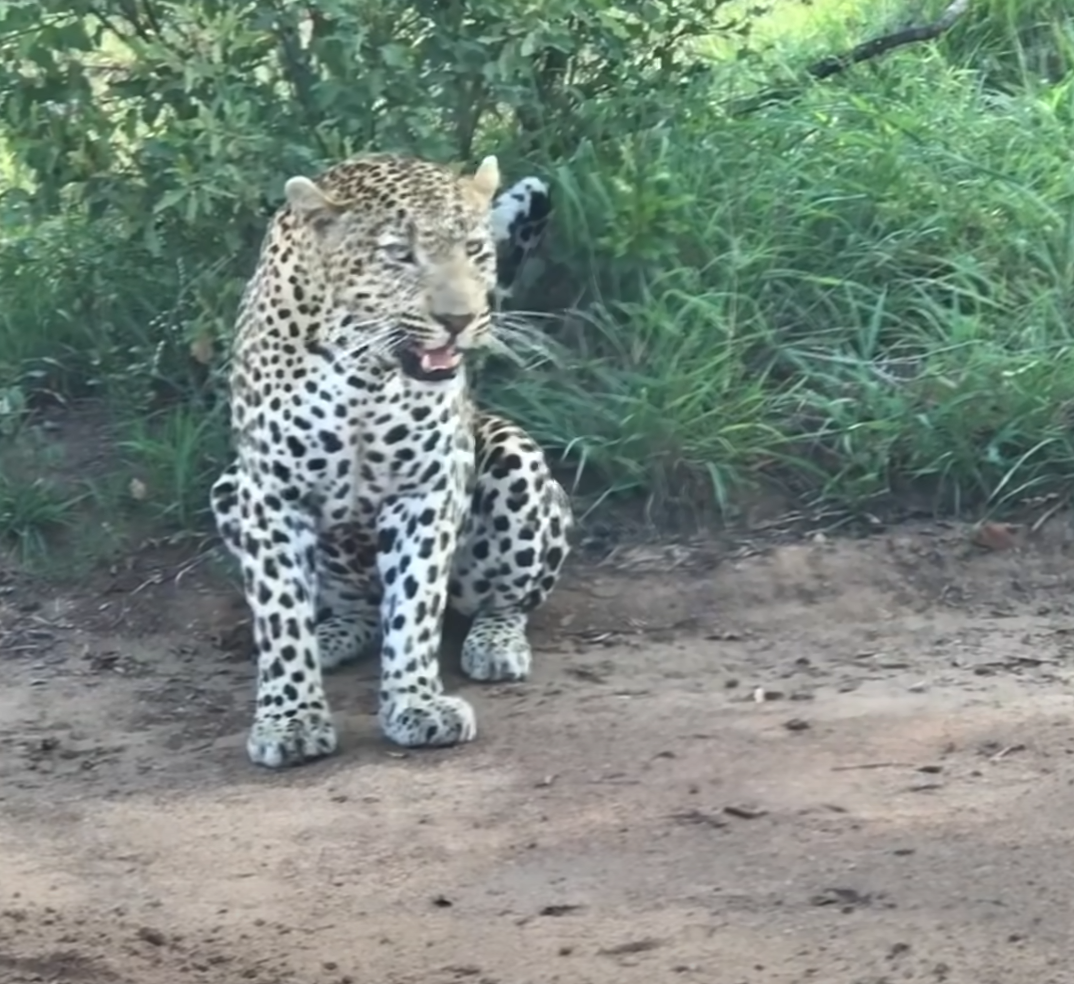 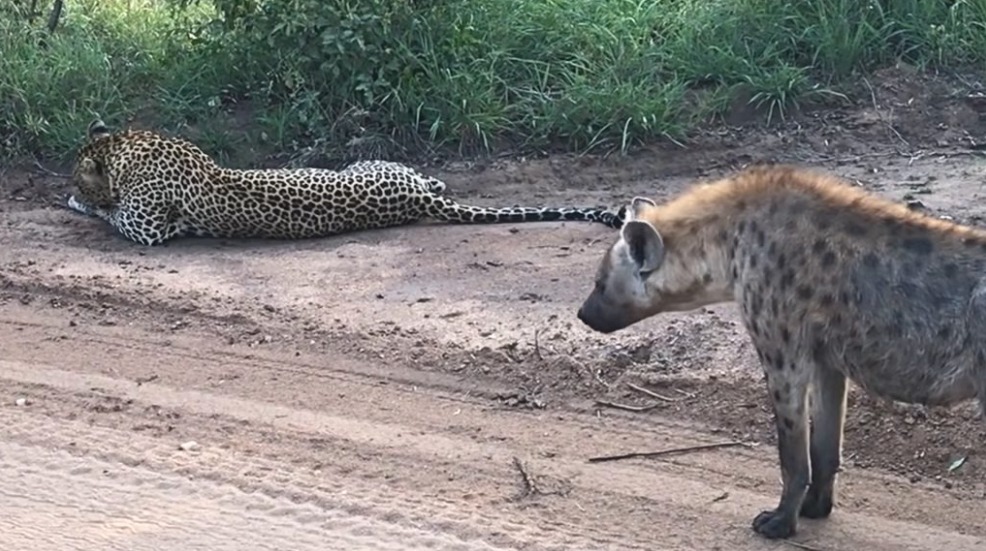 “The leopard slowly awoke, seemingly still in a drowsy haze, and realized with a jolt that the hyena was now practically faced to face,” Joubert explained, “It leaped back in defense, snarling and growling, telling the hyena to remain a safe distance.” 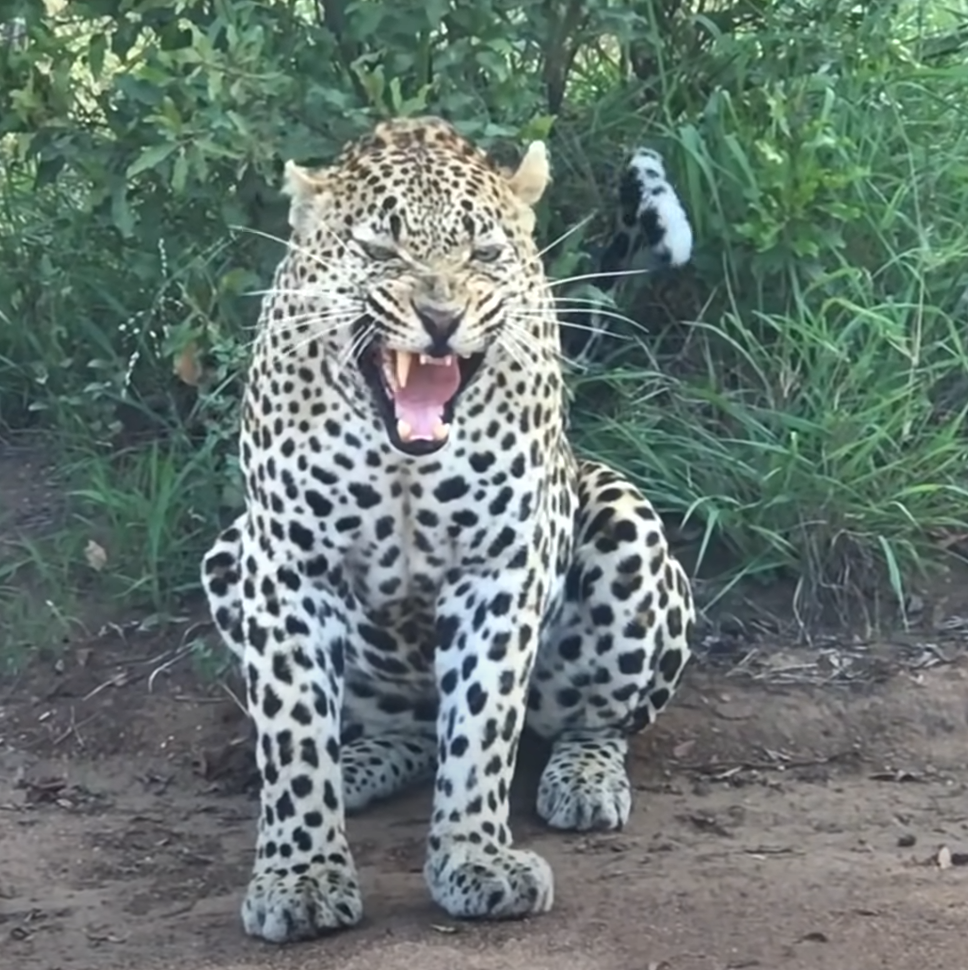 “This was a funny scenario that made everyone on the truck laugh, After a few seconds, the hyena continued walking away since there was no incentive for him to stay any longer, there was no possible food to forage for, and so the leopard returned to grooming.”

This leopard was fortunate that the hyena was alone; hyenas generally travel in groups, and one of these groups might easily overwhelm a leopard, especially one that was lying on the ground with its guard down. 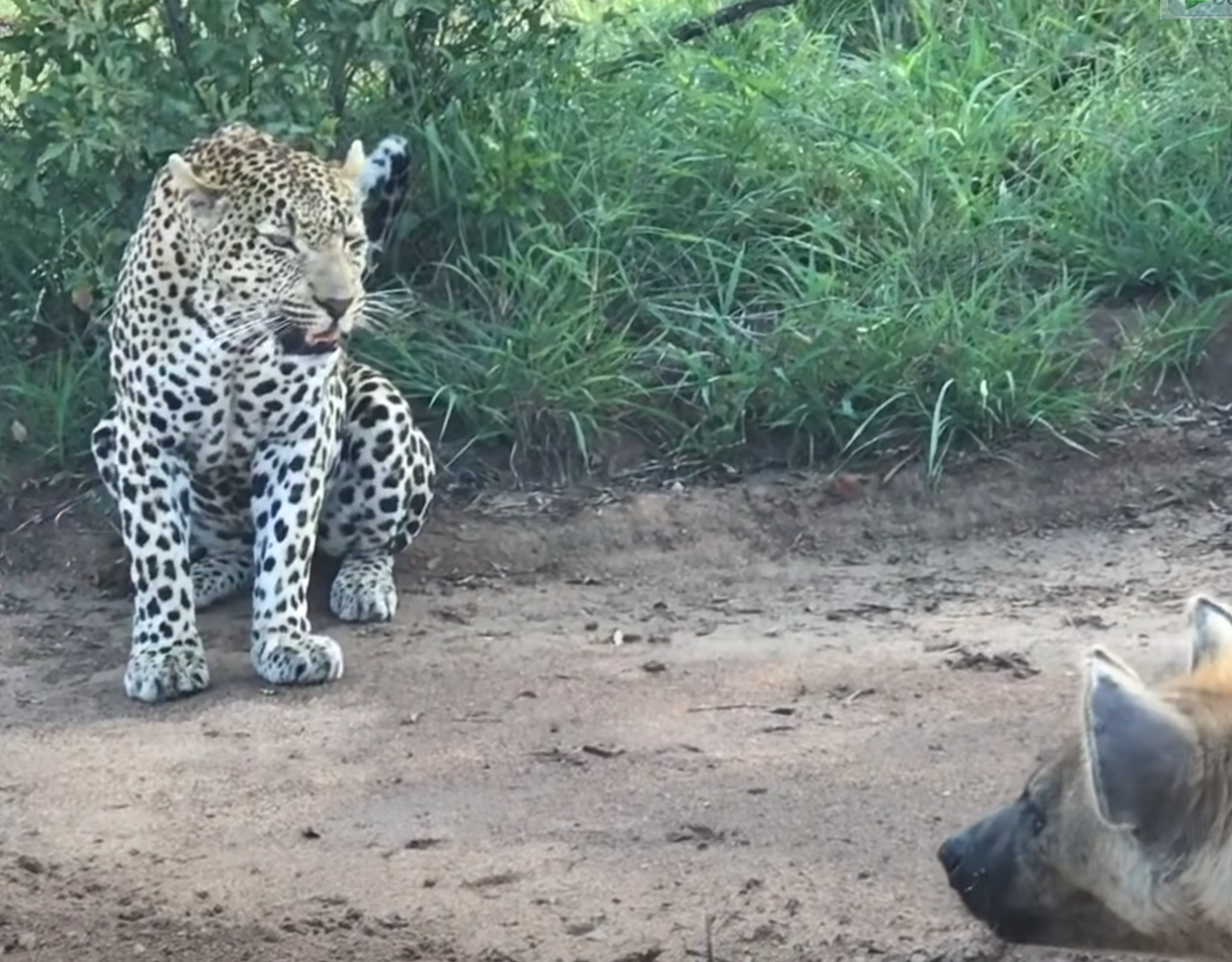 [Warning: Not for the faint of heart!] Watch one such confrontation in the video below, in which an elderly leopard is assaulted by a group of ferocious hyenas.