Jumbo, a large elephant, chases down a car after being startled by a speeding driver 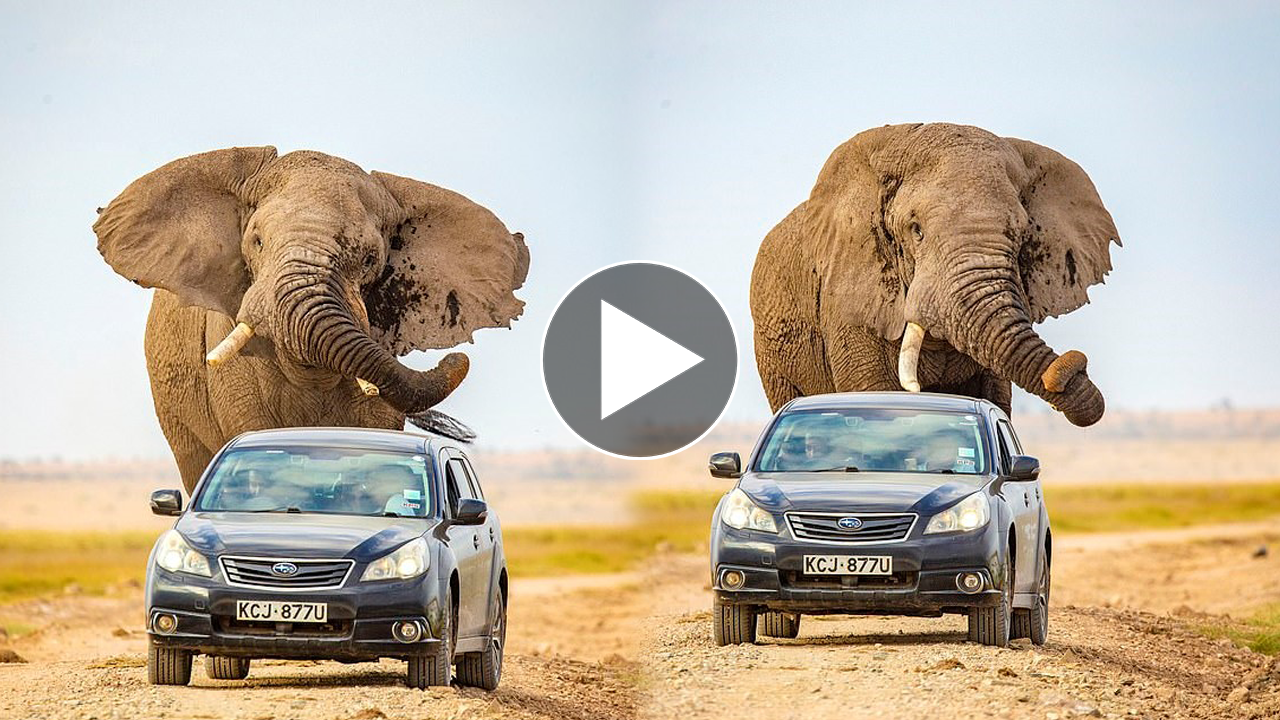 The moment a big elephant charged a car on a Kenyan road after being hit by fast automobiles. 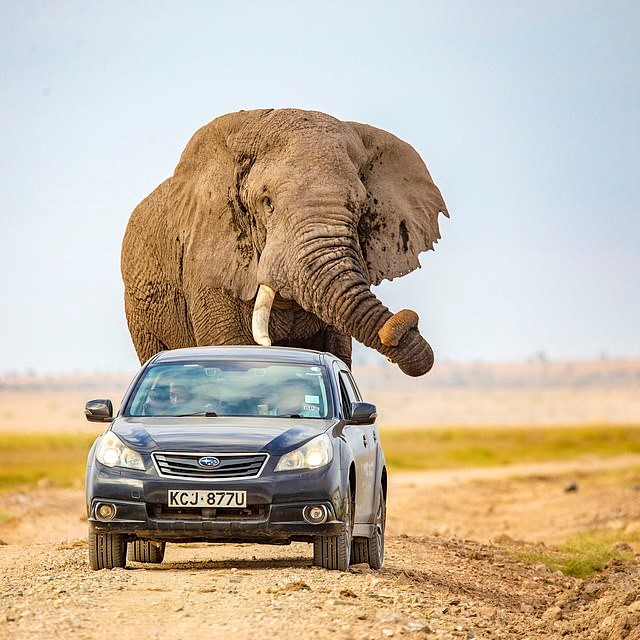 Before the driver sped away, photographs captured the irate grandmother looming over the car, ready to trample. 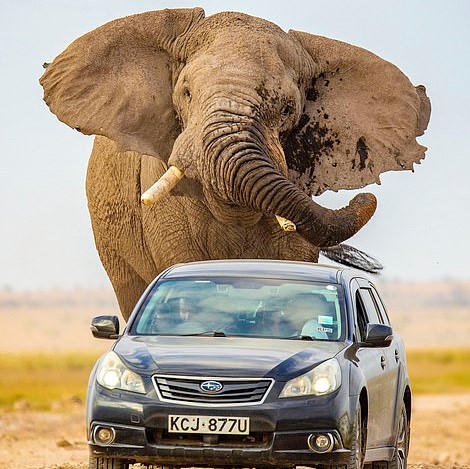 43-year-old Mwangi Kirubi was on a camping trip when two speeding vehicles startled the elephant he captured the images while in a car a little distance up the road. 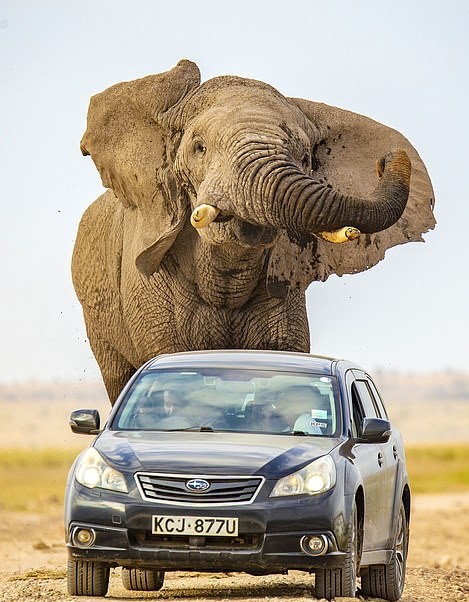 “We were in two automobiles, divided into two groups, We were sitting comfortably in the presence of the elephants when two more vehicles approached us, honking for us to move out of the way.” 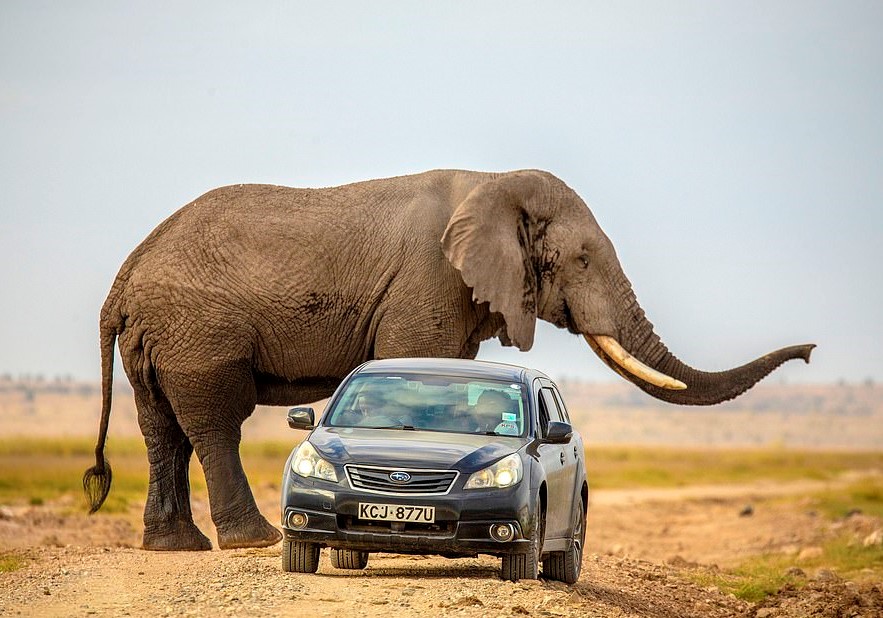 “I have no idea where they were going, but they were rushing and disregarding the park’s 40kph [25mph] speed limit.” 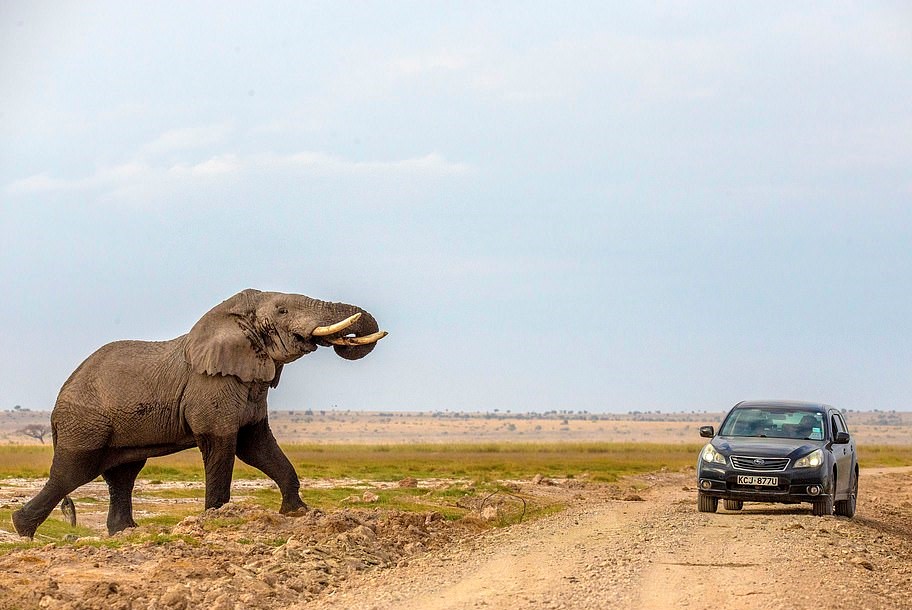 “I didn’t think it had irritated the elephants too much until I saw the herd’s matriarch approach the second car, which housed the other photographers and threaten to attack,” says the photographer. 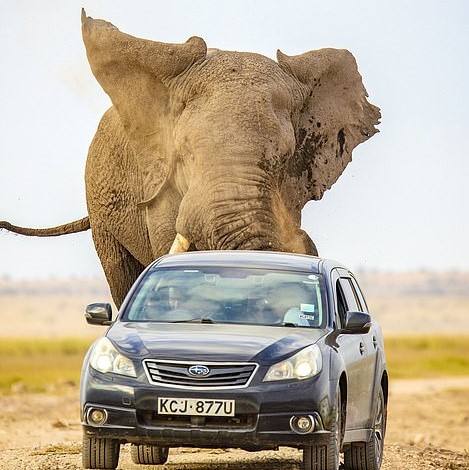 Fortunately, the automobile made it to safety, leaving the matriarch to return to her herd. 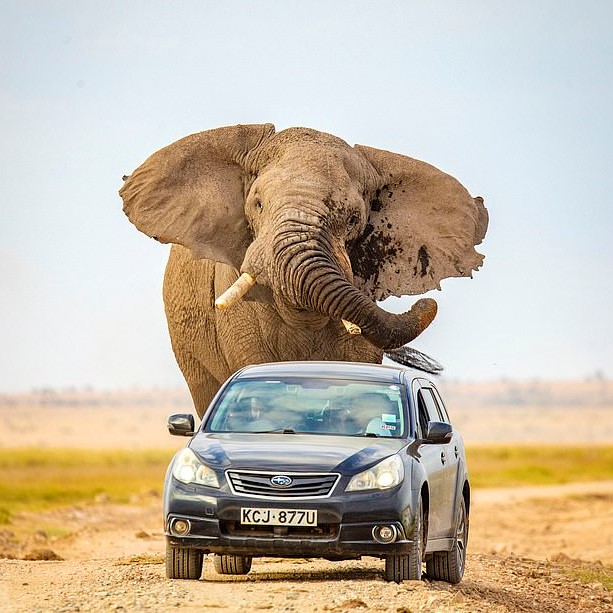