Incredible Occasion Behind a clueless wildlife photographer, a stag sneaks up on him 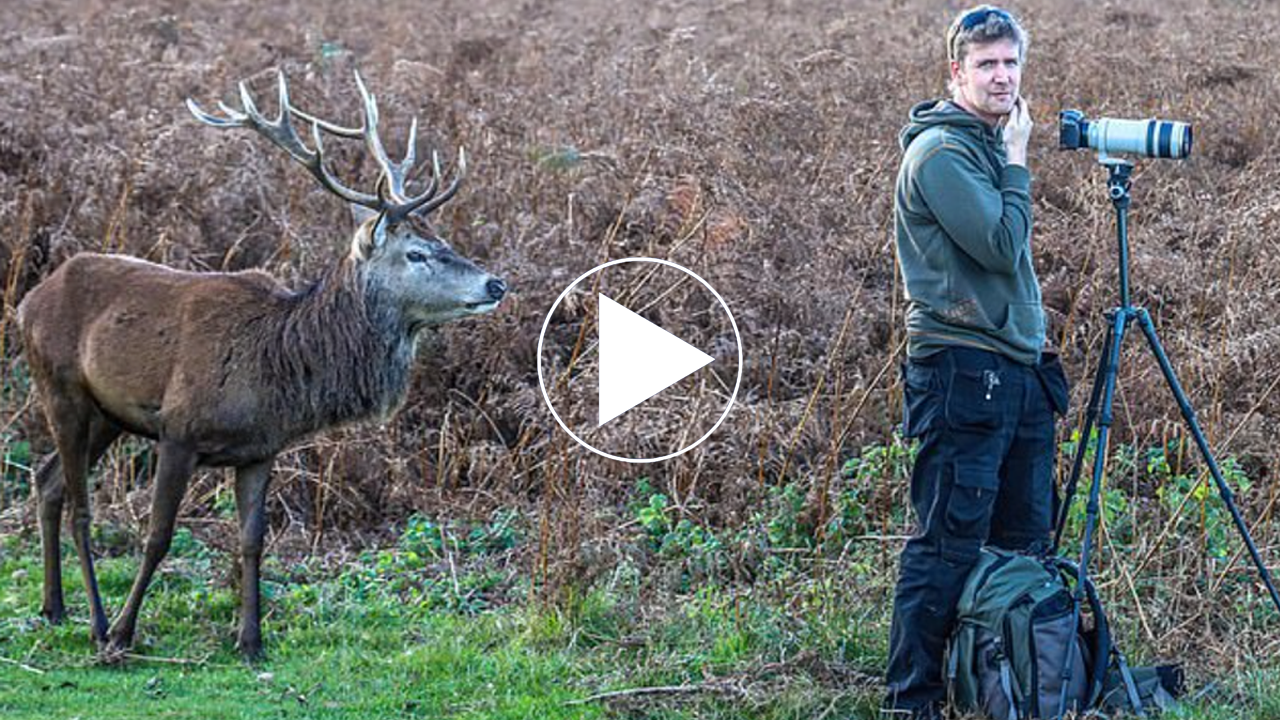 Unfortunately, not all of the photographers on the street that day were as fortunate, as this one lost out on a wonderful photo opportunity with a stag standing immediately behind him. 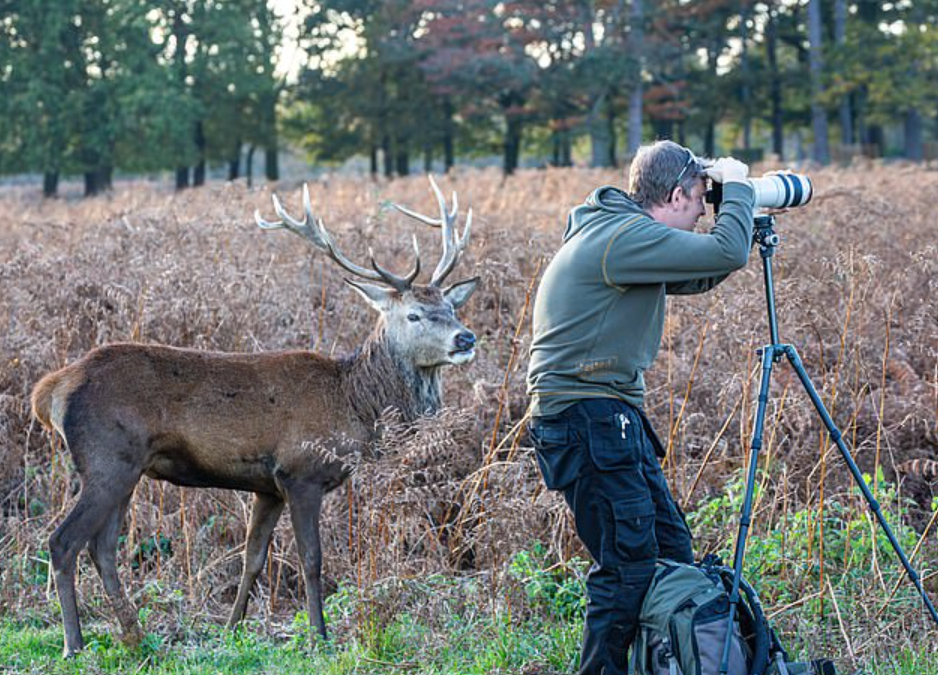 His camera lens was pointing in the incorrect direction! In Busy Park, west London, he looked entirely unaware of the gorgeous stag standing just behind him.

The photographer was undoubtedly kicking himself for losing out on the “money shot” due to his attention being drawn elsewhere in the distance.

Roger Clark, a talented wildlife photographer who was out seeking for red deer to capture, took the photographs in this story. 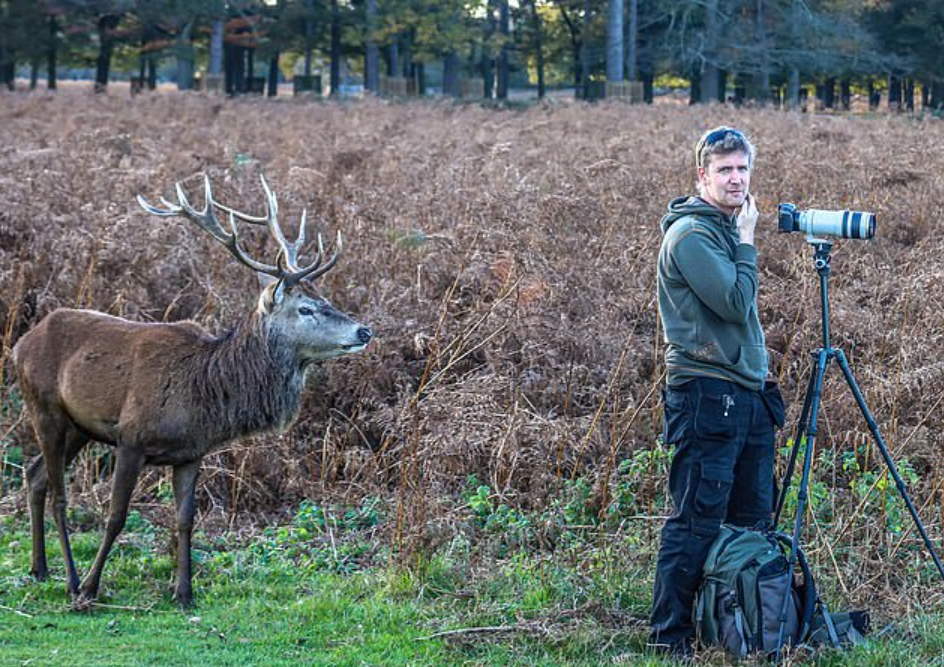 “We hadn’t covered the red deer breeding season this year, and with rutting still going on, we figured we’d give it a shot,” Roger explained.

“We observed a man with a camera put on a tripod intensively concentrating on some deer activity in the ferns in front of him, completely oblivious to the enormous beast behind him,” he said.

“Given the angle from where I was standing, it appeared that the stag was nuzzled up to pick a pocket off his jeans, so I snapped a photo since it was amusing.”

“However, it was strange that a wild animal could be so close and go unnoticed.”

“A few seconds later, the deer backed up and looked at the photographer with those wide, lovely shining eyes, as if to say, ‘Your model is right behind you!’ “Are you sure I’m not good enough for you?”.

“The photographer never realized the opportunity he had missed, and the red deer and I both gave up and went our separate ways.”