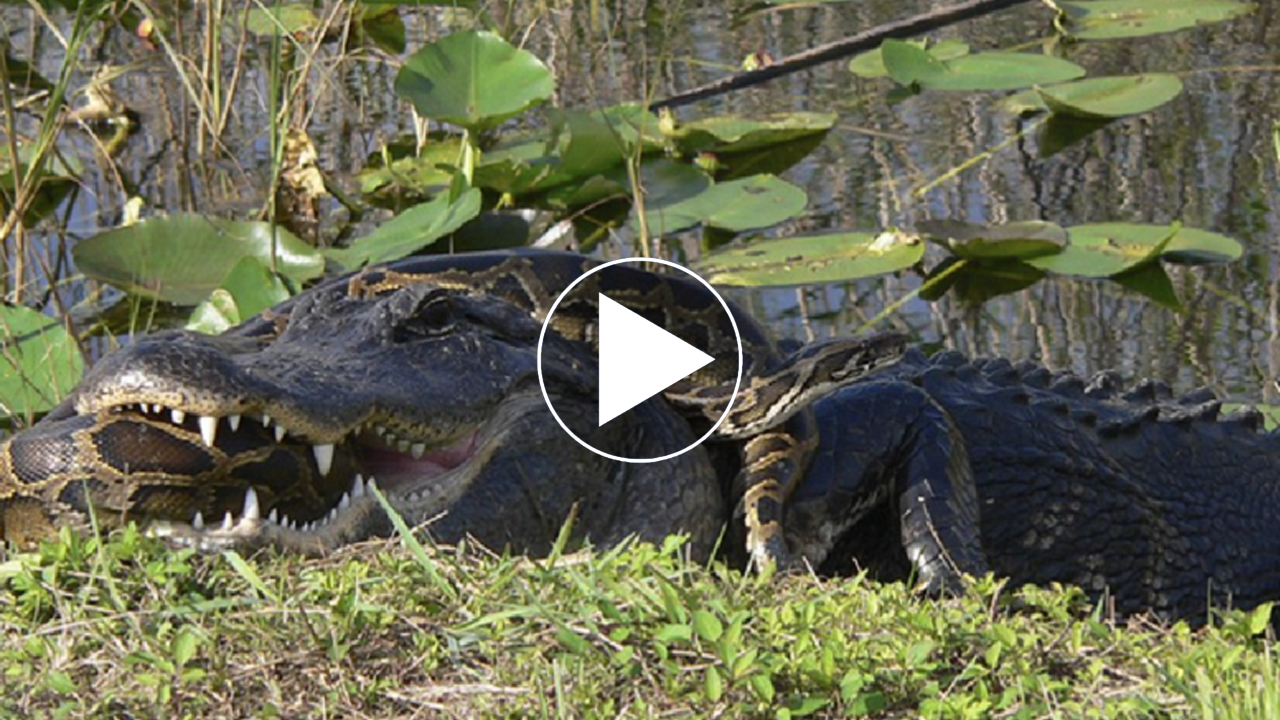 The Burmese python was photographed trying to constrict the angry beast, not far from an asphalt road with people traveling down it. Deadly combat: The Burmese python can be seen wrapped around the alligator’s neck, where it will try to squeeze the life out of its foe. An unnamed photographer caught the scene, which shows the two in the midst of battle at the Everglades National Park in Homestead.

Two beasts were caught locked in combat at the Everglades National Park in Homestead, Florida, last month. The alligator can be seen trying to fight back, and has maneuvered the powerful serpent’s tail into its jaws, and appears to be clamping down. At the same time, the snake has managed to loop itself around the beast’s thick abdomen and is trying its best to constrict the beast. It is not clear who has won the fight.

The two were at each other’s throats at a roadside in the Florida Everglades, where pythons have started to compete with indigenous alligators for supremacy. Pythons are not native to Florida and were introduced by accident, But have been able to compete with other dominant predators and stay alive.

Burmese pythons are now competing with the indigenous alligators for supremacy in the region. They are capable of killing alligators, but usually only younger ones which are easier to wrap their jaws around. It is not clear how the confrontation ended. The showdown, in late October, came only a few days before another python and gator were caught at each other’s throats at a Florida golf course.