In The Wild, Two Unlikely Friends Caught In Sweetest Embrace 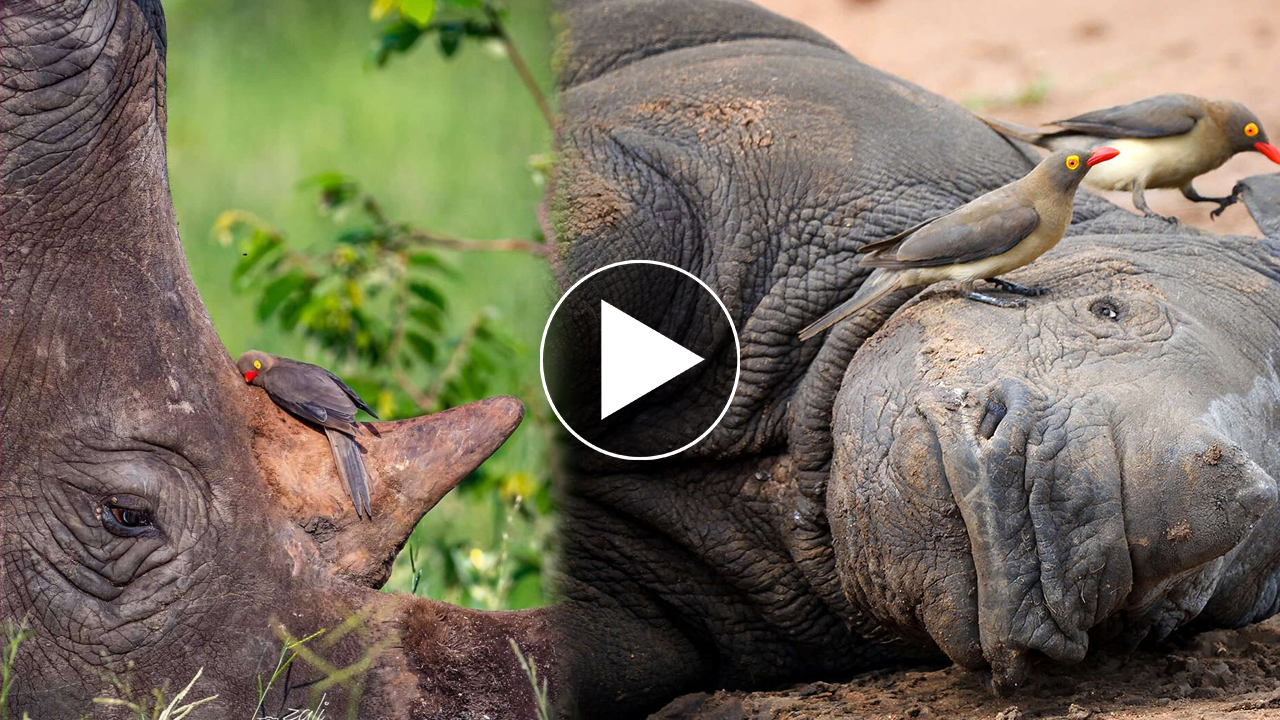 On a journey through the South African wilderness, Zaheer Ali came spotted a lone rhino munching on some grass.

A small oxpecker was perched on the rhino’s head, and despite having his camera ready, Ali didn’t see anything particularly photo-worthy, But all would alter in a matter of minutes. 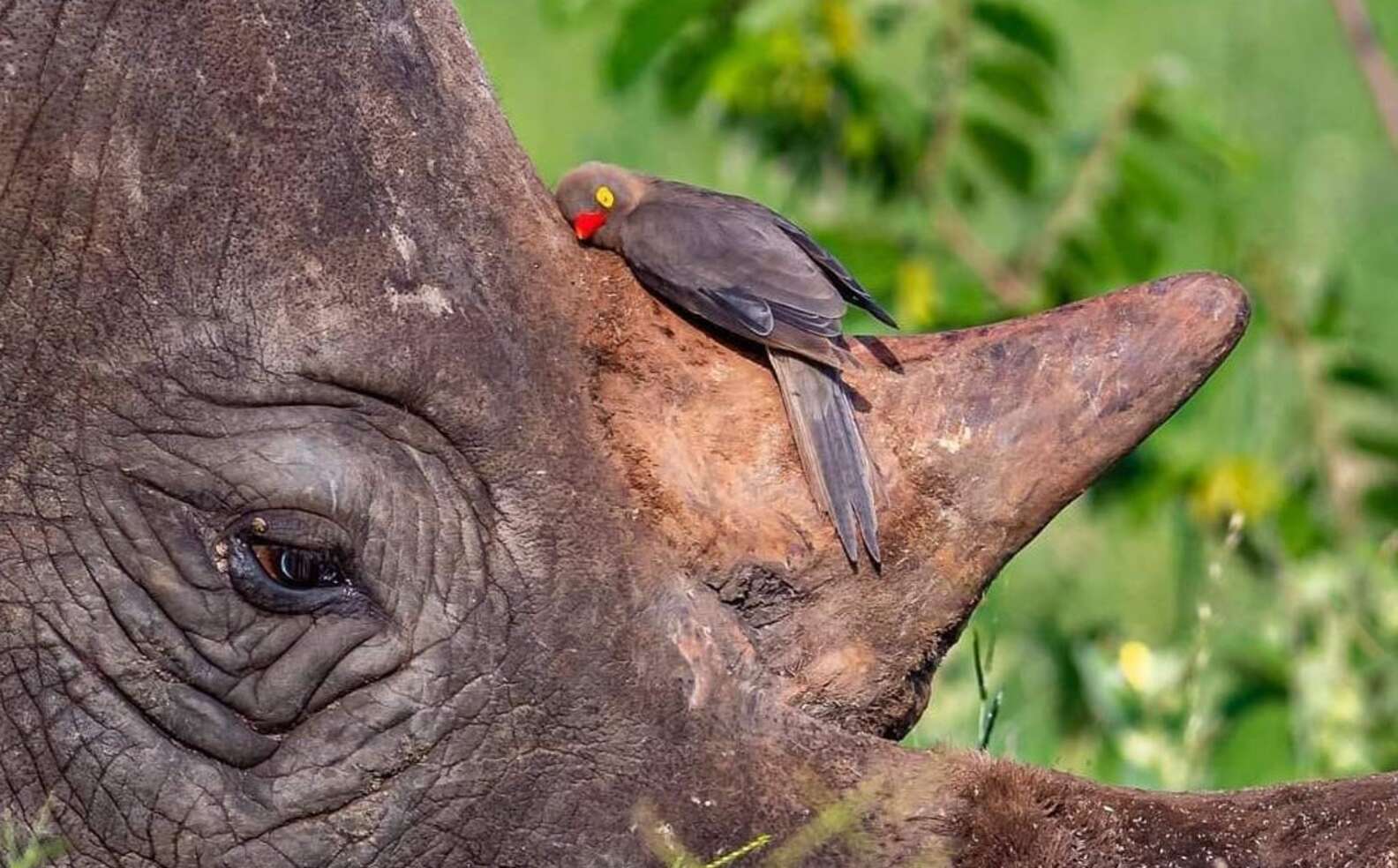 The red-billed bird is frequently seen hitchhiking on black rhinos’ backs and heads.

The birds feed on ticks and fly larvae on the rhino’s thick skin, removing parasites from the enormous animal. 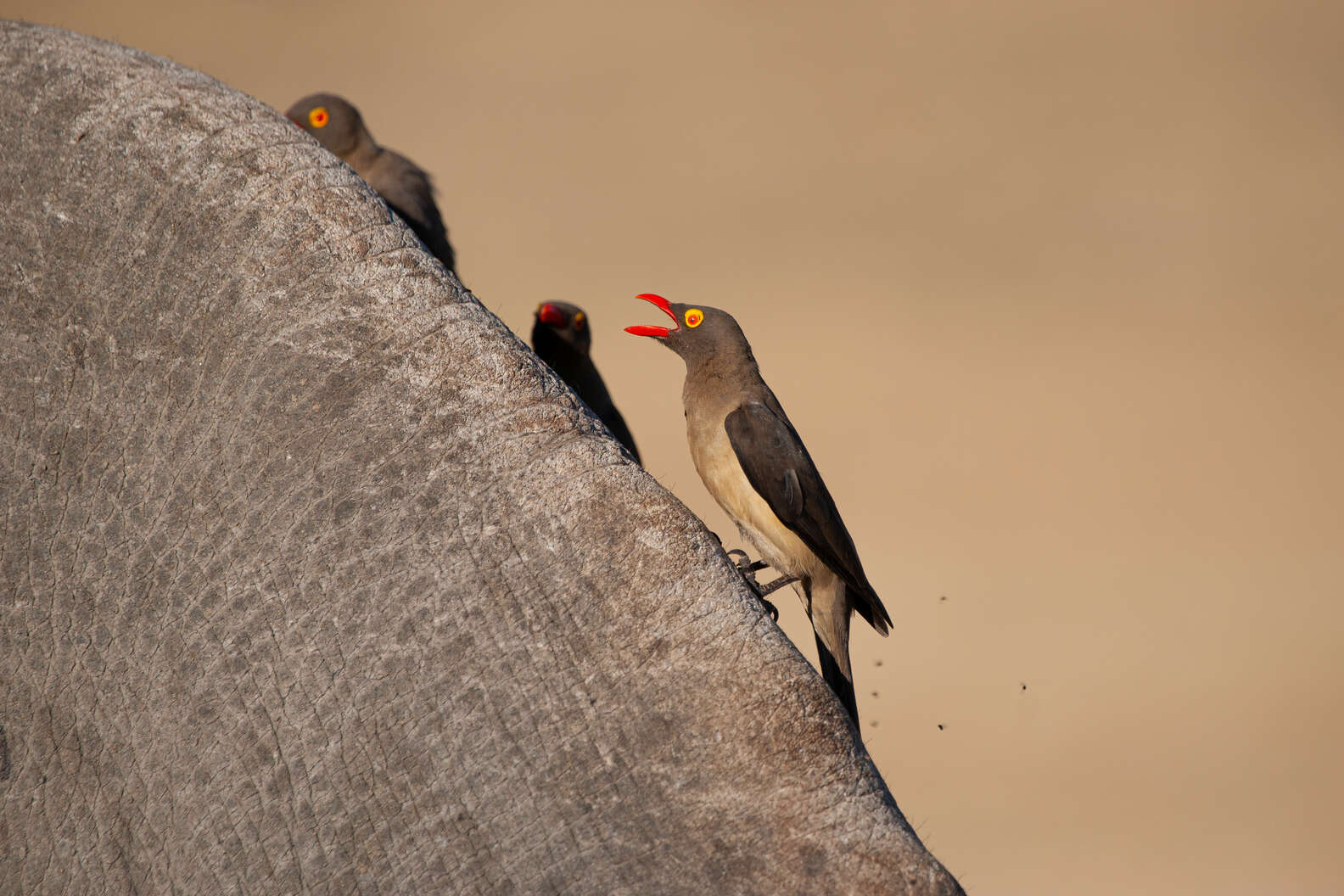 The rhinos provide a secure haven for the birds, as well as an abundance of food, but their bond is deeper.

“Askari was kifaru,” which means “the rhino’s guard” in Swahili, is the Swahili name for the red-billed oxpecker. 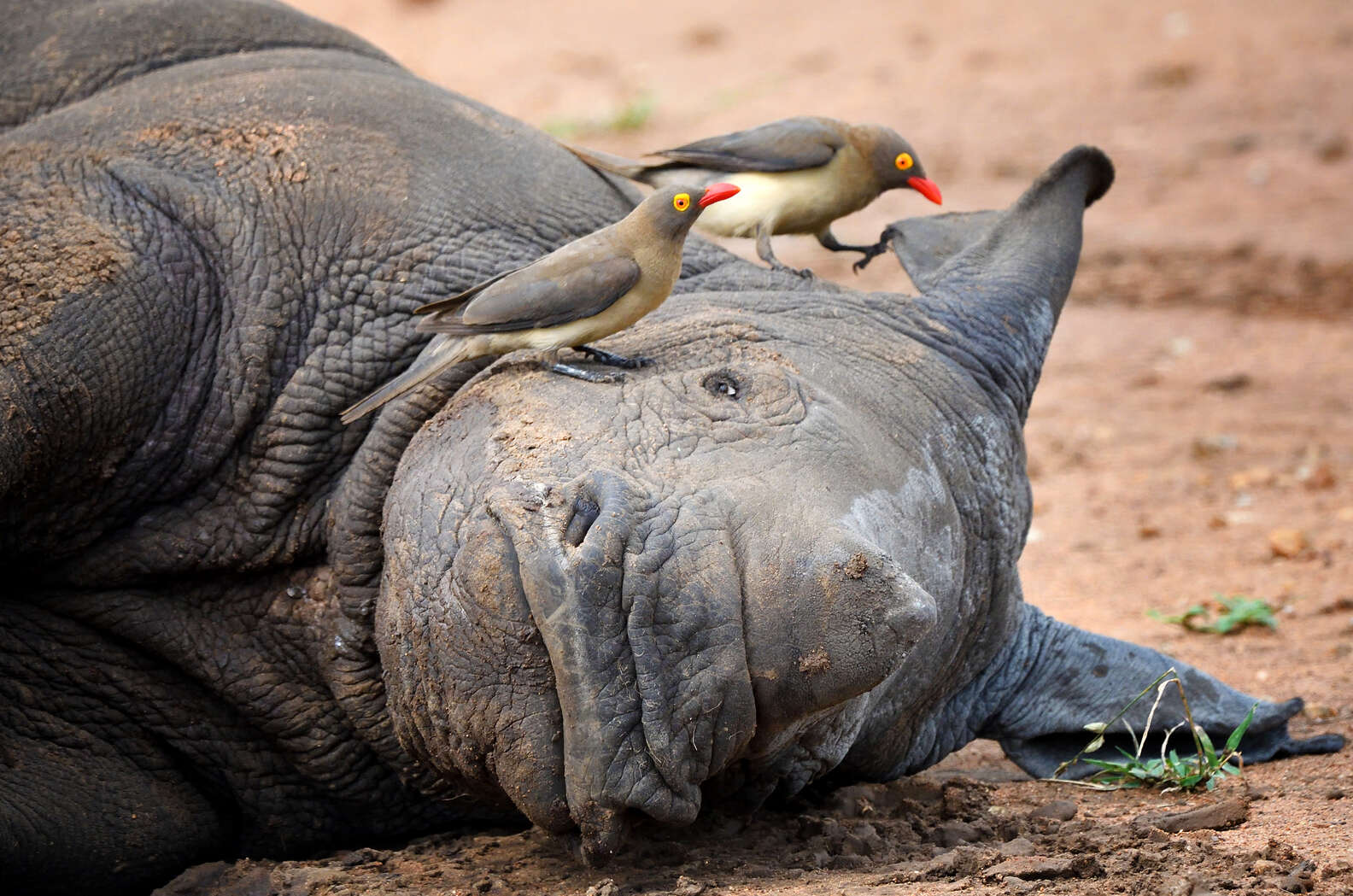 According to a recent study, the birds, while being only 8 inches long, help to keep their larger friends safe.

The oxpeckers compensate for rhinos’ poor eyesight by warning them of danger, according to a study published in Current Biology. 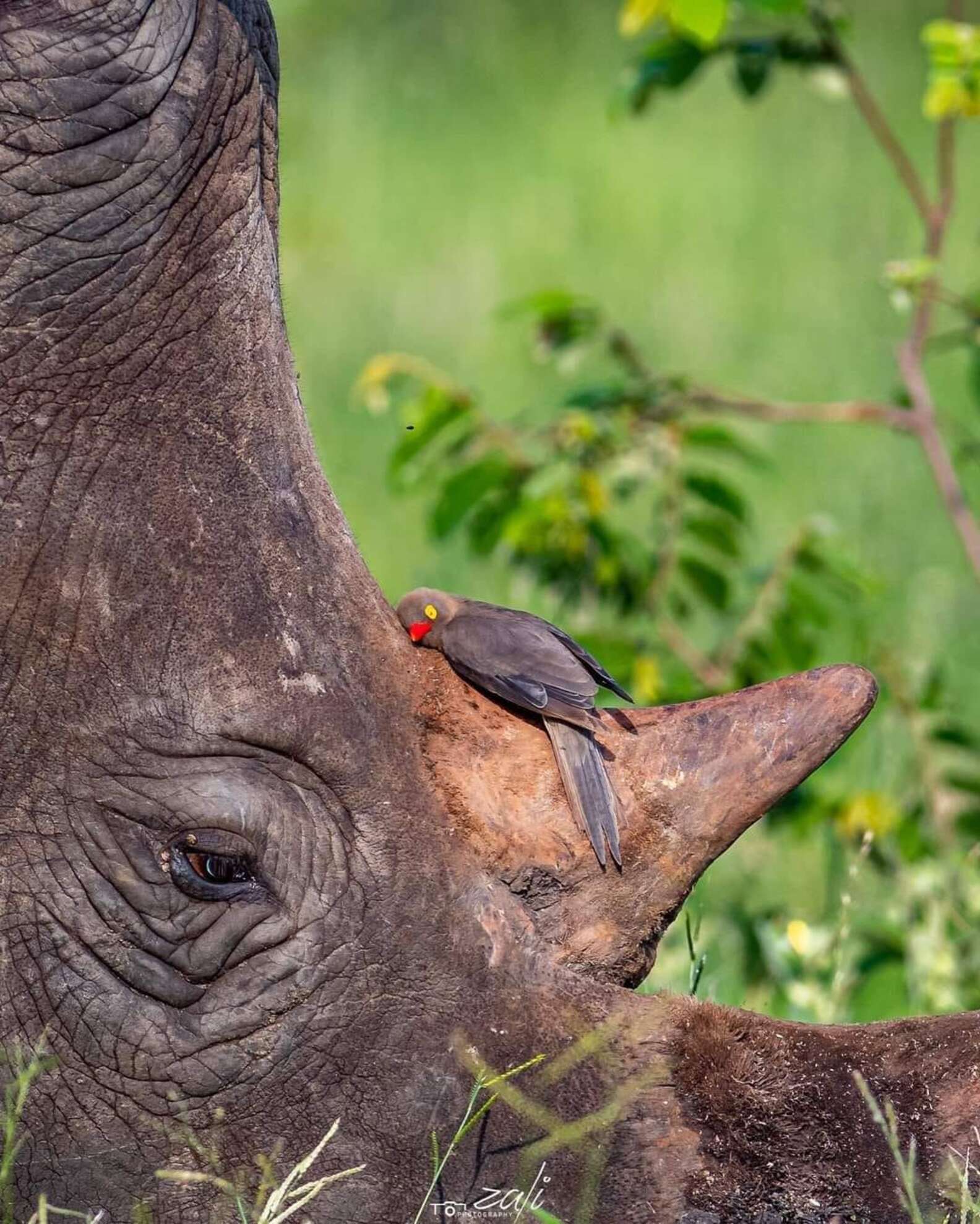 Scientists discovered that when oxpeckers notice humans coming, they emit a loud warning call or hiss, alerting rhinos to increase their alertness.