In a dramatic rescue seen on camera, a mother lioness risks her life to save her son 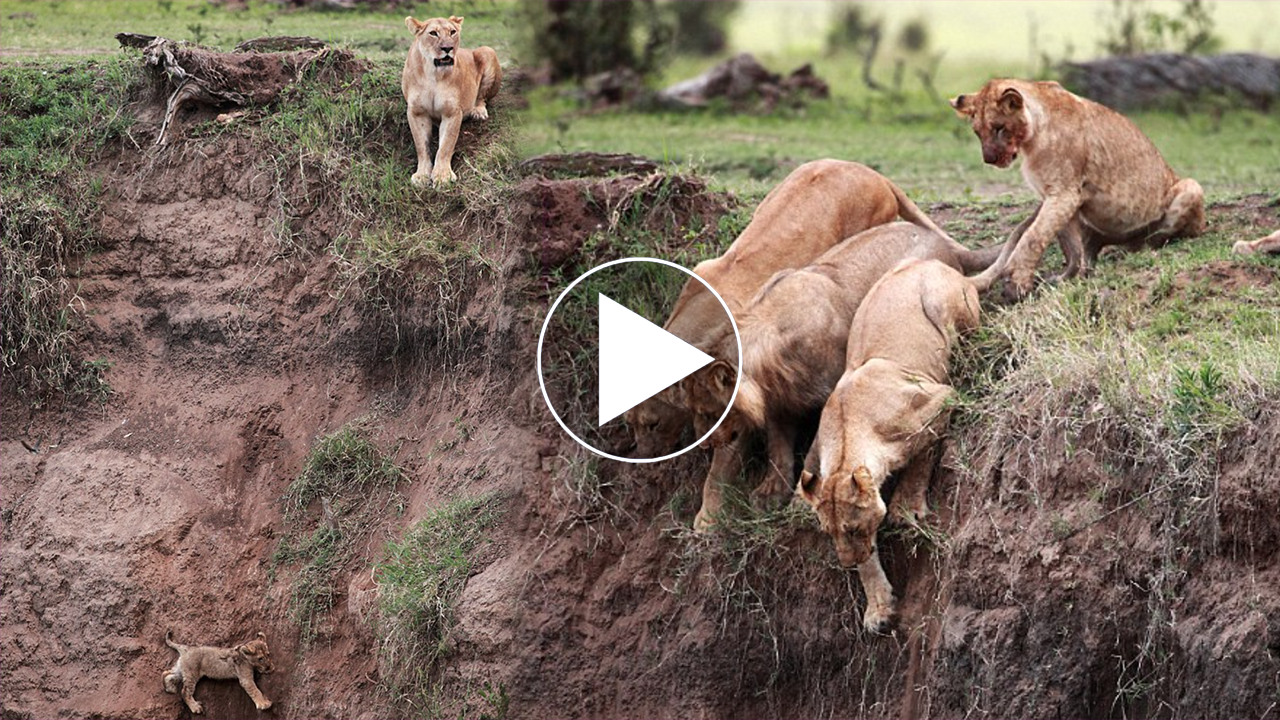 This is the moment a little lion cub is clinging to the side of a steep precipice for dear life before his mother arrives to aid, His mother arrived with a number of females and a male, all of them attempted to save the cub by clambering down together, only to turn back very quickly after realizing how dangerous the drop was.

The mother, however, was seized by the sense of maternal love and took it upon herself to save the cub, The enormous mama cat crept down towards her terrified son in agonizingly slow steps.

She gripped the ever-crumbling rock face with her formidable claws, knowing that one small slip might easily result in both creatures falling and dying, The mother lioness arrived just as the poor cub appeared to be ready to fall; she double-checks her position and snatches him up with her teeth.

However, the mission was not yet complete because she still had to take her child back up the cliff, which was possibly far more dangerous, As soon as they were safe, the lioness gave her terrified child a comforting kiss and an embrace.