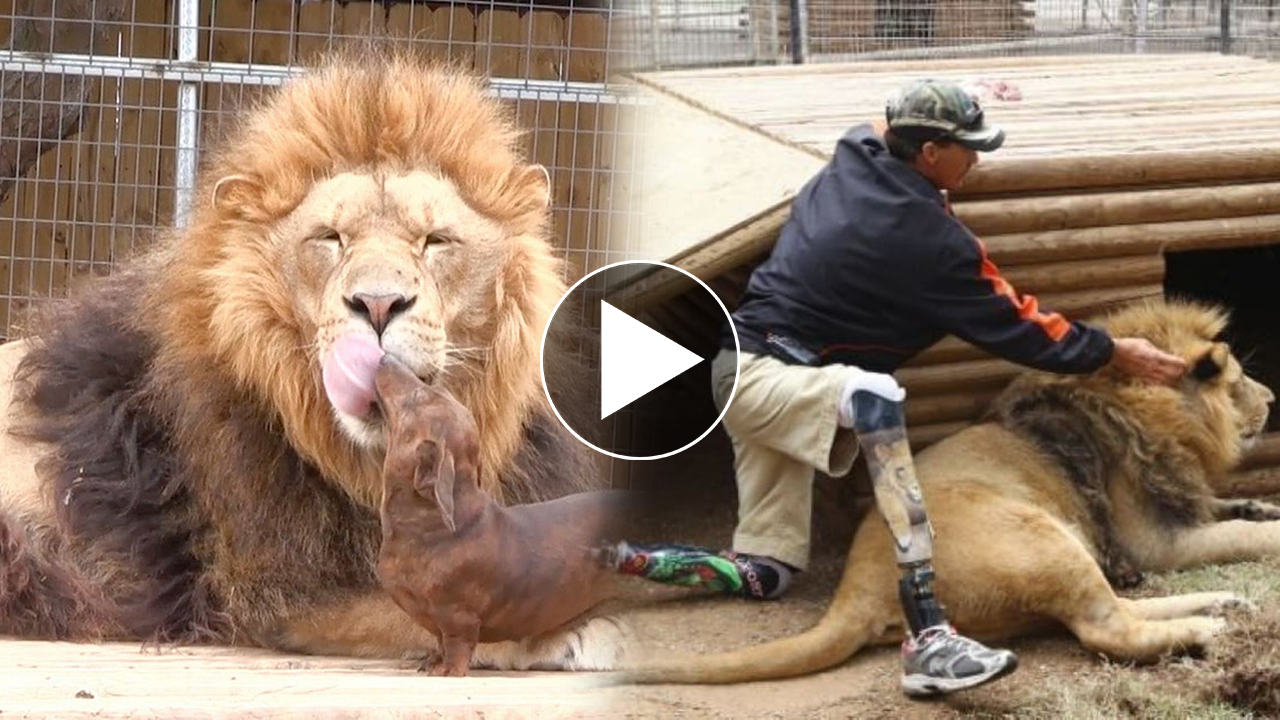 The friendship between species is one of the purest and most beautiful things in this world.

It blossoms naturally as the animals find love and comfort in their friend’s hugs and cuddles.

It’s hard to imagine that a massive lion weighing 500 pounds befriends a miniature dachshund and they become inseparable. 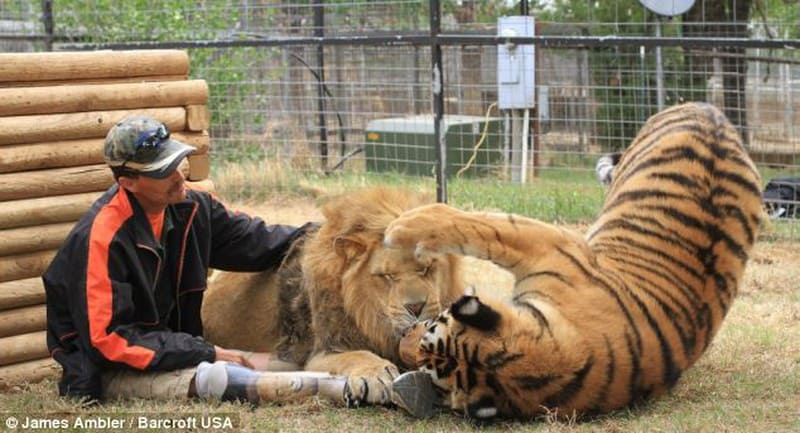 But this does happen and melts the hearts of millions, Friendship has no barrier.

Bonedigger the male lion and Milo the miniature Dachshund are the two odd friends in the story. 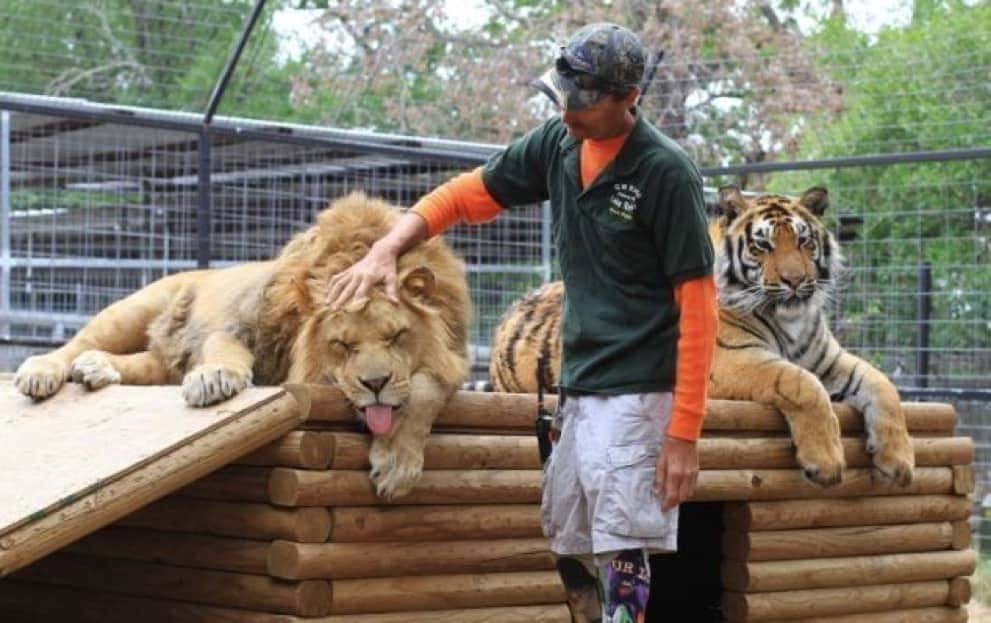 They built a special bond with each other and have been living in harmony for 6 years.

They couldn’t be happier to grow up with their best buddy. 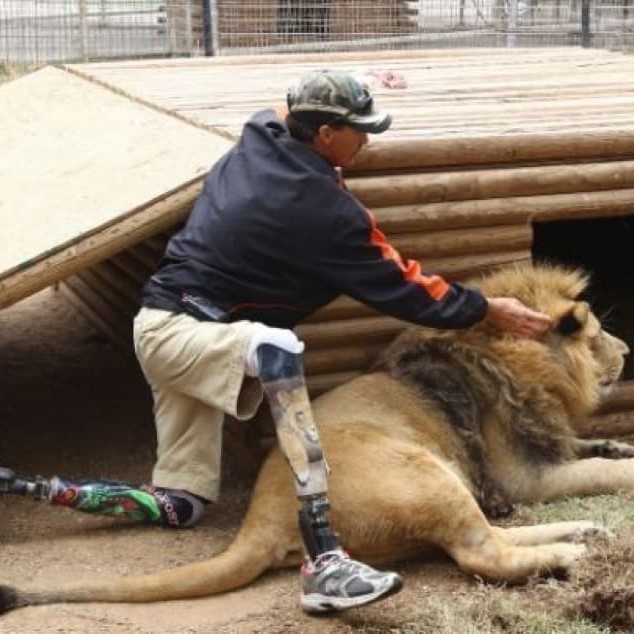 Bonedigger is mildly crippled, The huge animal was unfortunately born with a metabolic bone disease.

However, he gets the best ever compensation, an adorable doggy friend. 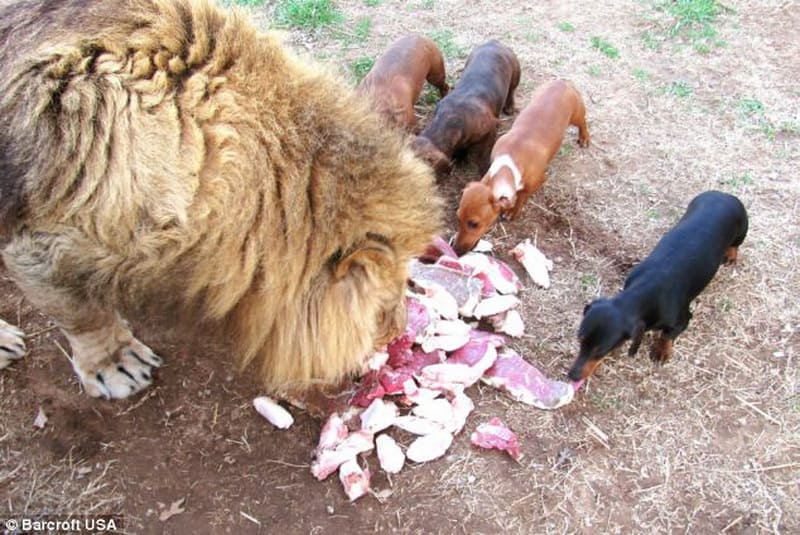 The miniature Dachshund has spiced up his life, bringing tons of smiles and laughs to him, Is there anything better than that?.

When Milo and his pack (Bullet and Angel) were first introduced to Bonedigger, they were a bit scared of his majestic manes. 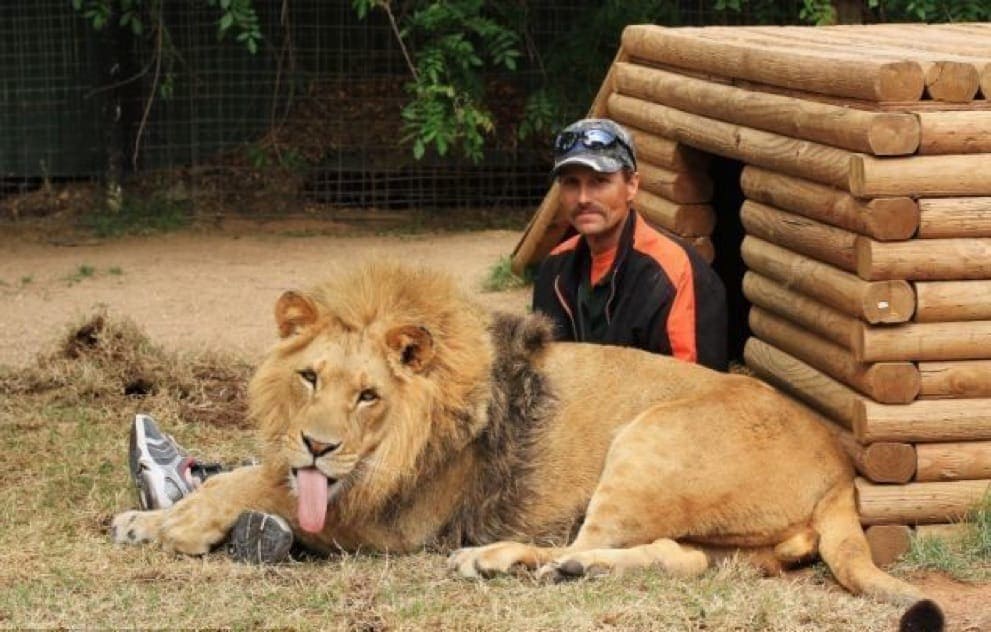 But Milo was born to be a cheerful and energetic boy, so he soon approached the lion and befriended him, It worked amazingly.

The pair made a tender relationship and have been inseparable since then. 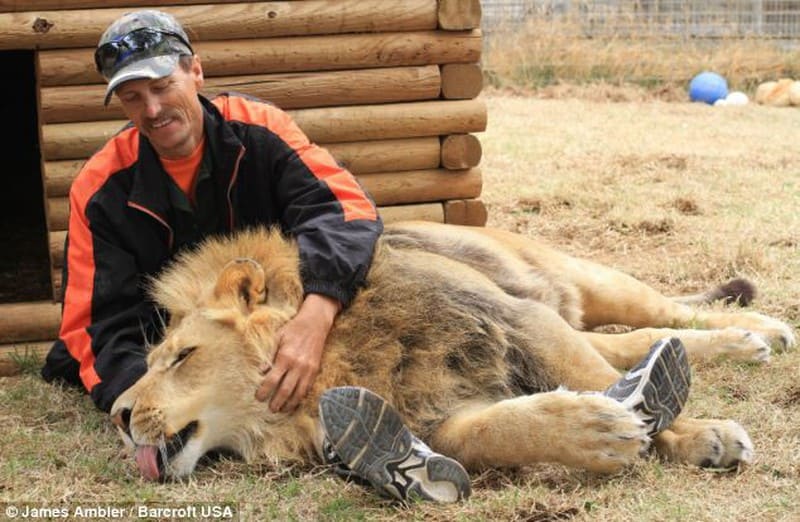 They loved spending time sleeping, eating, walking, and playing with each other.

The lion and the dog couldn’t stop cuddling together, They didn’t hide their happiness when growing up with their friend.

The huge lion acts as a big brother, He shares his meals with the dogs and always keeps an eye on them. 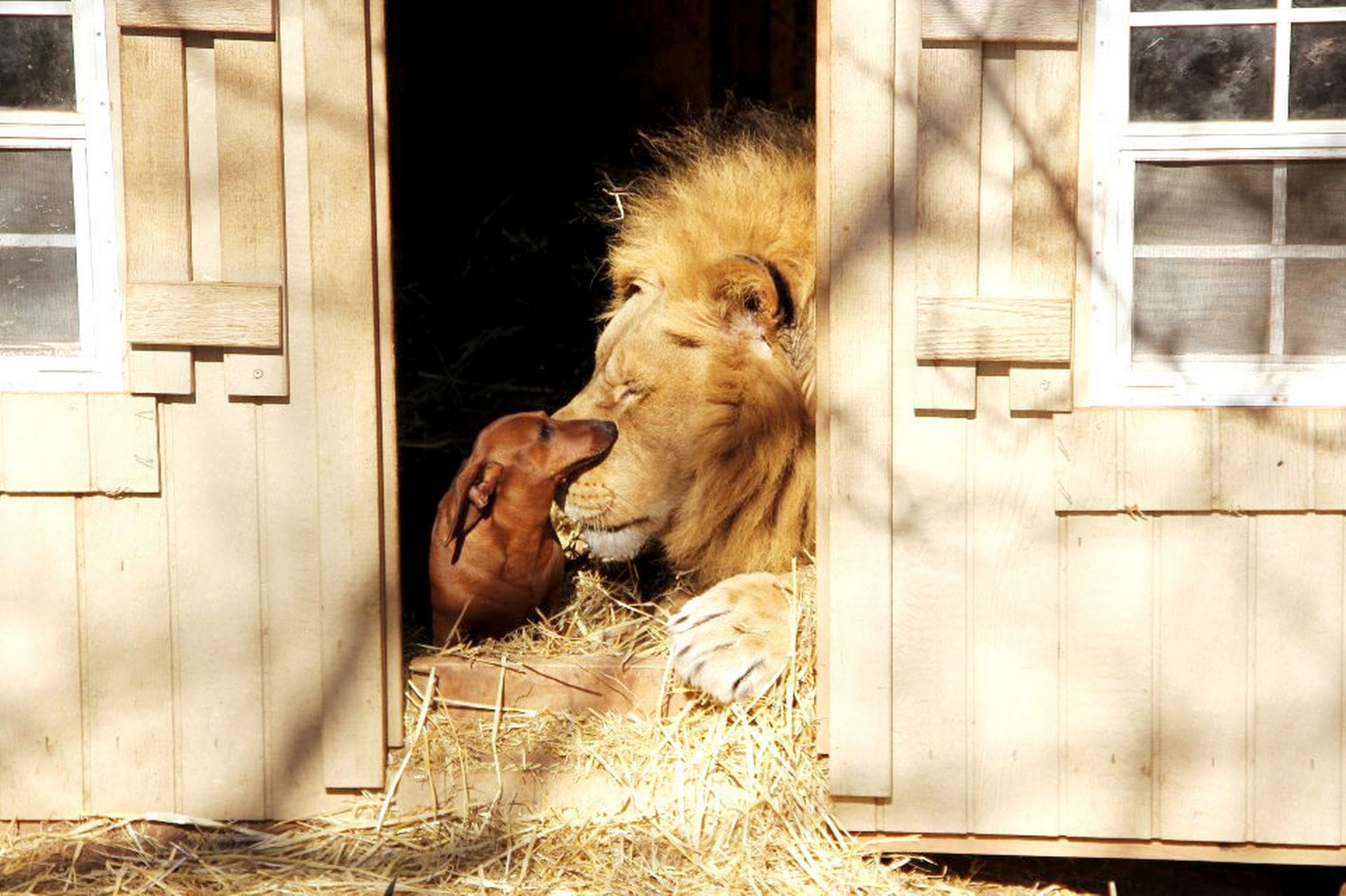 He also playfully fights with his little friends without hurting them, Their days are filled with fun!.

These heart-warming moments were captured at GW, Exotic Animal Park in Wynnewood, Oklahoma.

Mr, Reinke, who reared the lion is the caretaker of the oddest yet cutest gang. 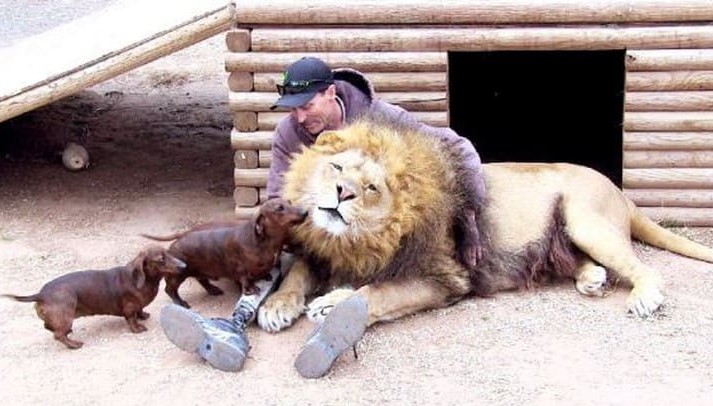 The unusual friendship between Bonedigger and Milo gets the man astonished, It also touches the deepest parts of his heart.

When Bonedigger was raised together with a tiger called Tony, he still kept close in touch with his cute gang and spent special affection for them.

It’s six years they have been together and nothing can compare to this.

It’s lucky to have friends who go through good days and bad days with us. 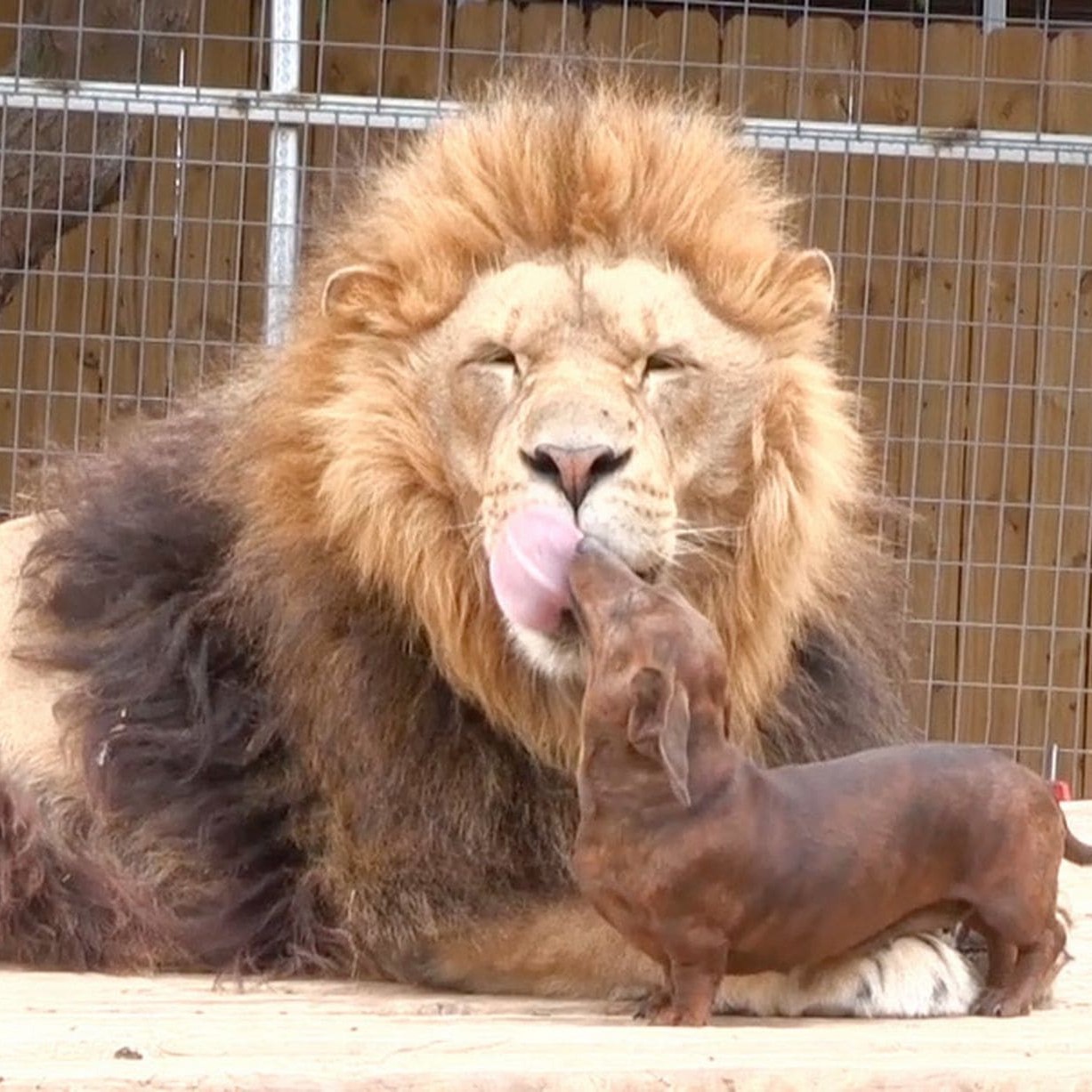 The disabled lion in this story does, too, He enjoys every moment he stays with his doggy friends.

If you love their amazing friendship, just share this article with your family and friends!.