Despite Its Fierce Appearance, The Snow Leopard Is The Shyest One Among All The Big Cats 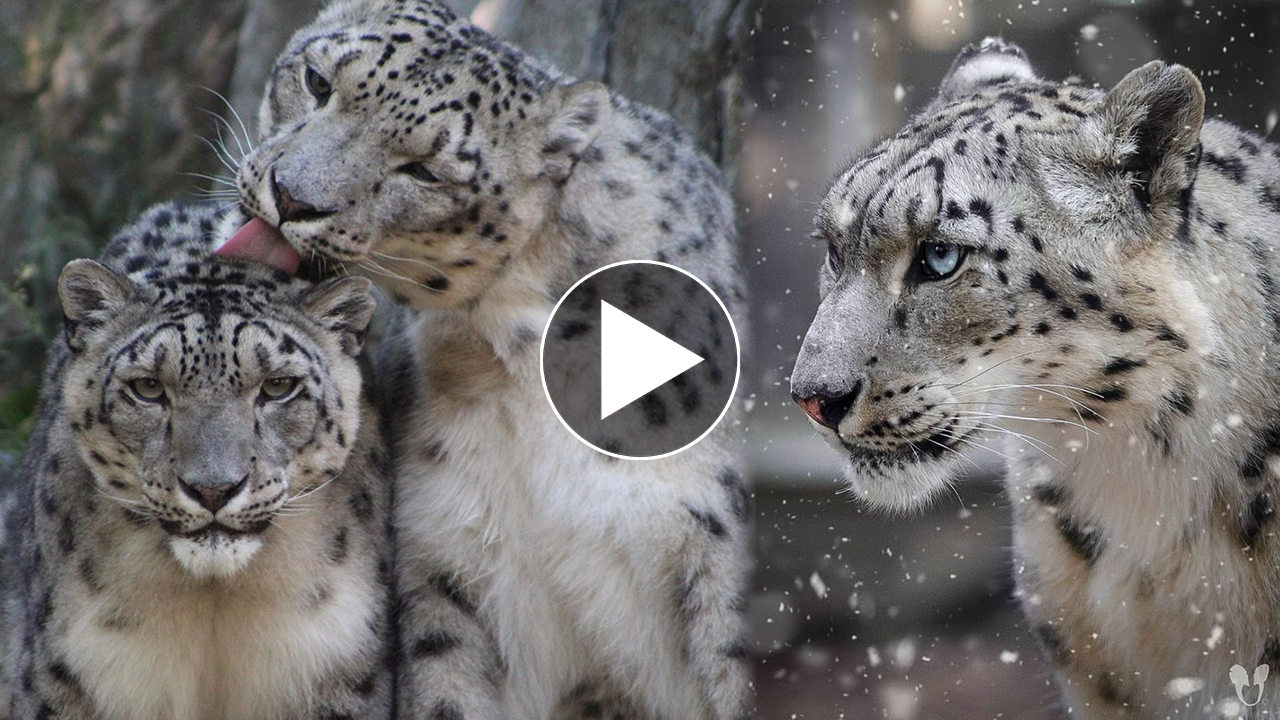 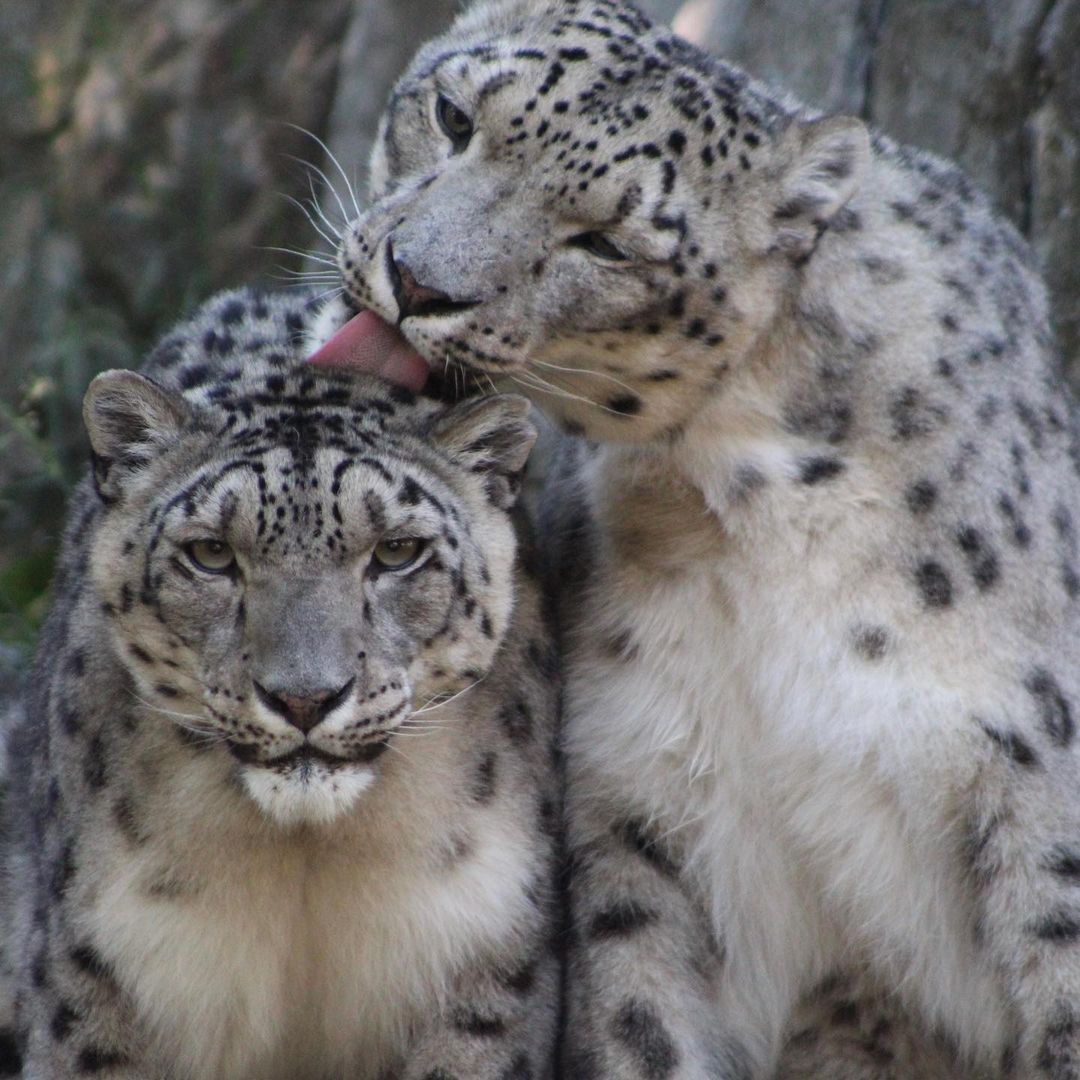 However, there is still an odd one out who isn’t really as spine-chilling as the rest, Meet the snow leopard, a magnificent creature that is weirdly shy and timid in nature.

The snow leopard (also known as the ounce) is native to the mountain ranges of Central and South Asia. 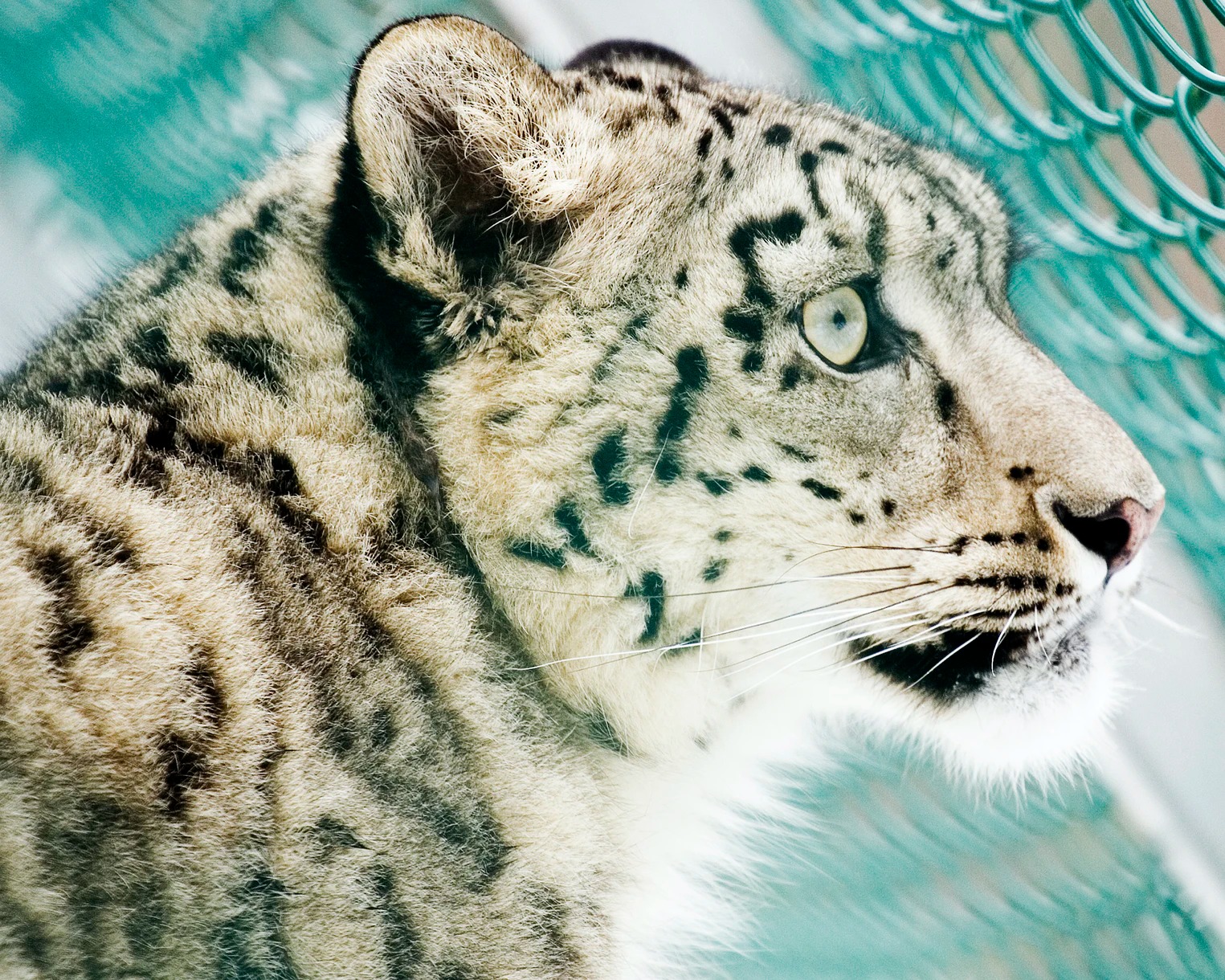 Its body allows this gorgeous creature to adapt perfectly to the harsh life in a cold environment, for example, the small rounded ears that help minimize heat loss, the broad paws that have fur on their undersides to make walking on snow as well as unstable surfaces much easier, or the thick tail that stores fat and helps it balance while moving. 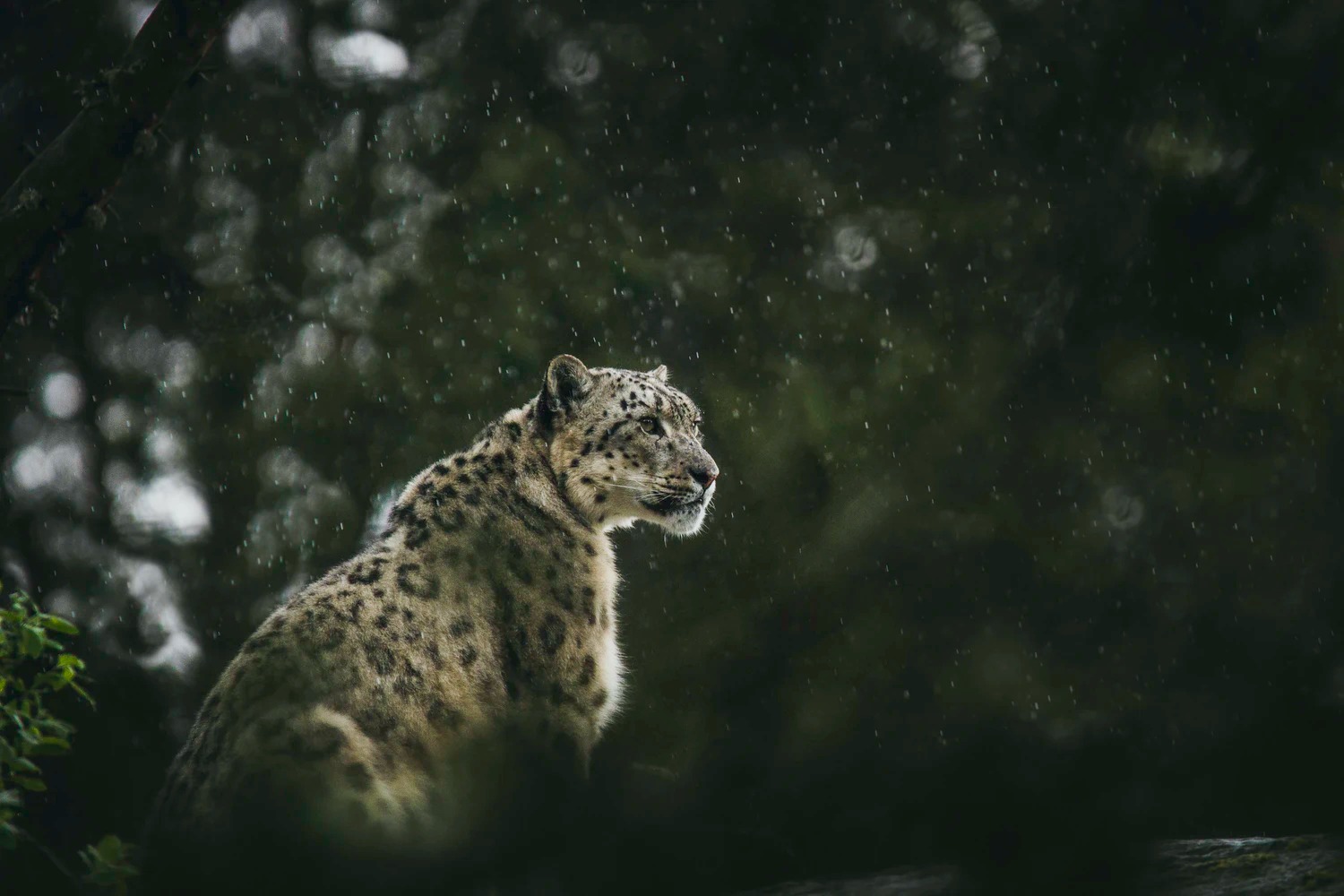 The snow leopard is most active at dusk and dawn, Being an elusive big cat, it prefers a solitary life.

It’s hard to catch a glimpse of this majestic animal with another individual unless it’s the mating season or when a snow mother is taking care of her little ones. 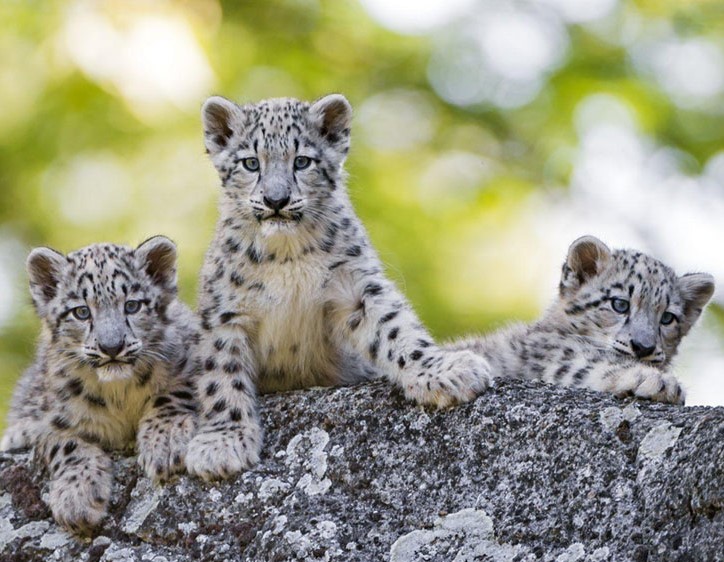 Normally, the cubs will be independent enough to leave their mom after 2 years.

Despite being a wild predator, this friendly guy is actually not aggressive in front of humans at all.

There have been no reports of snow leopards attacking humans in history. 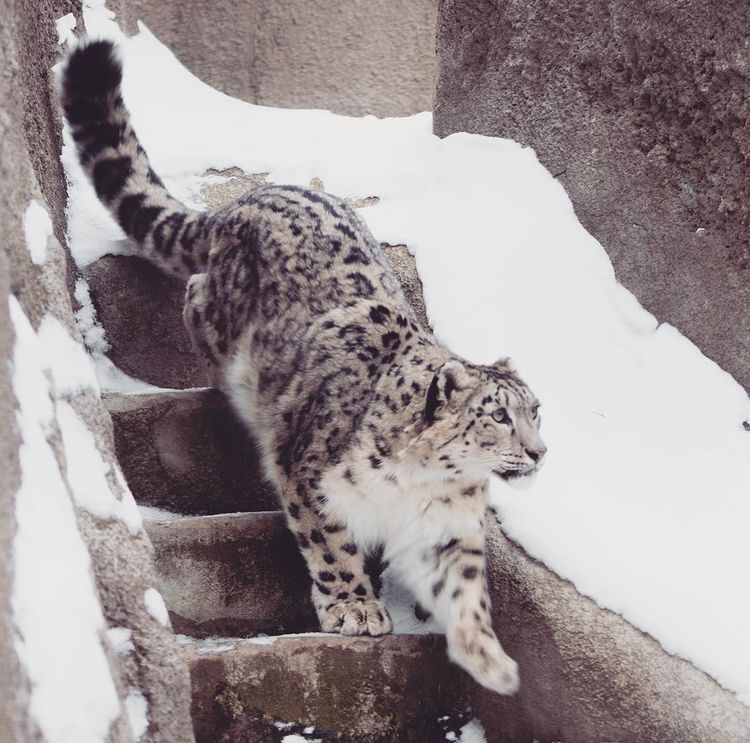 Even when its hunt is disturbed, there’s a high chance that this hilarious creature would run away instead of stay to defend the site.

When it comes to vocalizations, the snow leopard is not much different compared to a house cat. 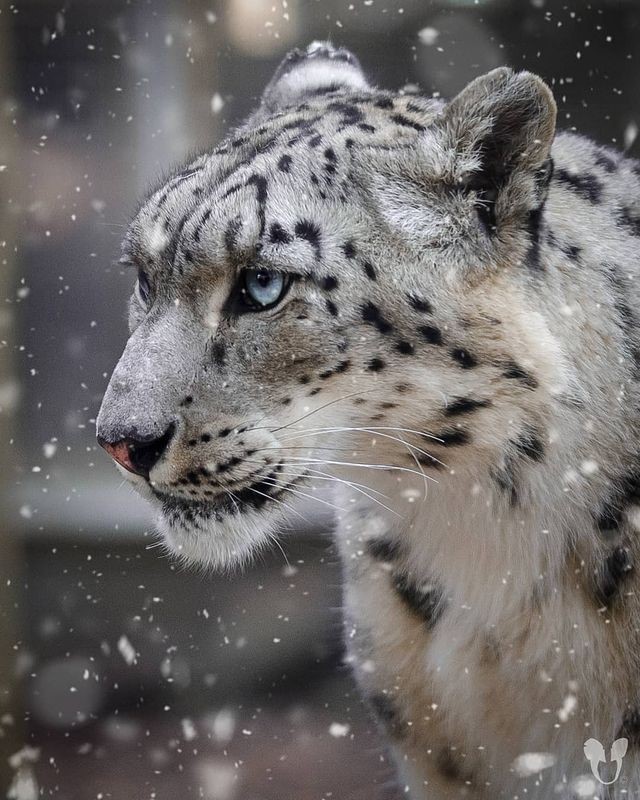 It can purr, meow, hiss and growl, but it can’t roar because of the physiology of the throat (which makes this big cat much more lovable if truth be told).

Sadly, the snow leopard is listed as “Vulnerable” on the IUCN Red List, There are only about fewer than 10,000 mature snow leopards living in the wild and this number is expected to decline about 10% by 2040.

Let’s take a peek at a snow leopard in action.

If you find this stunning creature cute and funny as we do, please share this post with your friends and family!.