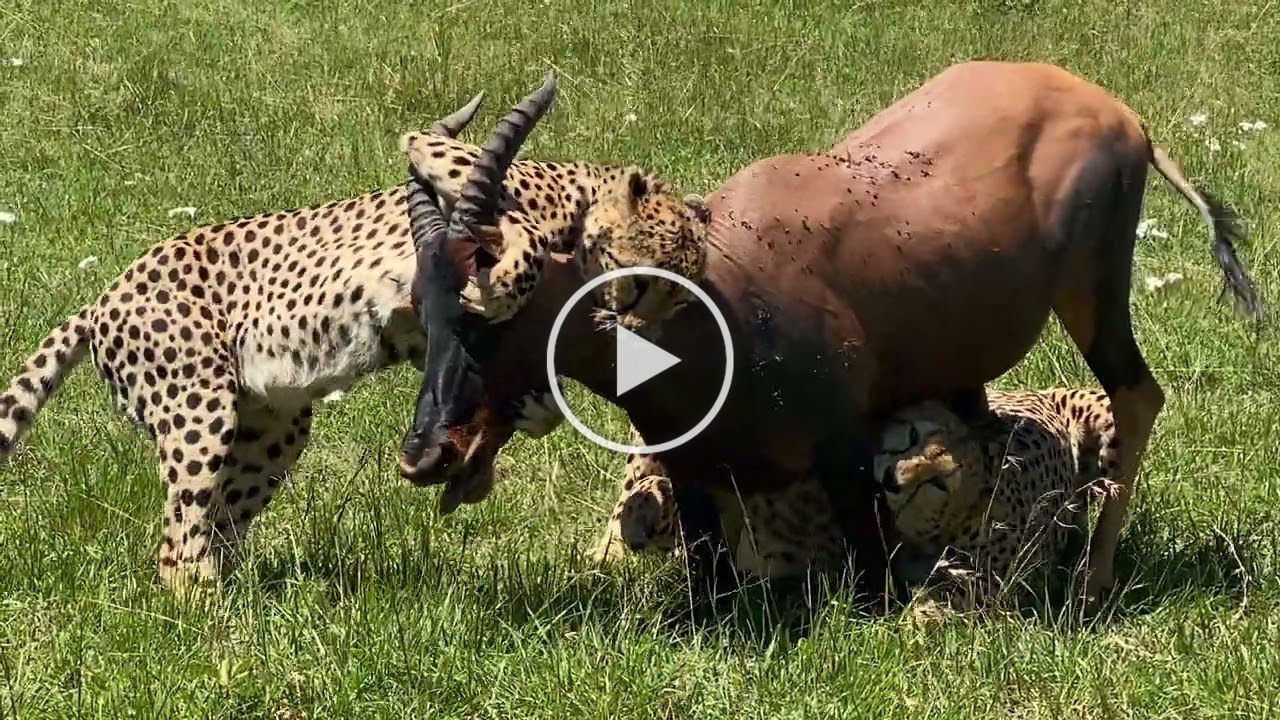 The word “cheetah” comes from the Sanskrit word, “Chitraka”, which means “spotted one.” They are the fastest land animals and can run up to 70 miles per hour. Female cheetahs tend to be solitary creatures, only socializing while mating, while males hang around in small groups called coalitions.

In general, I don’t see why cheetah’s preying upon adult antelope topi when they most likely would have targeted the weak subadults or vulnerable calves and the adults are hunted mainly by lions crocs & hyenas.