Buck cries for help from the cheetah 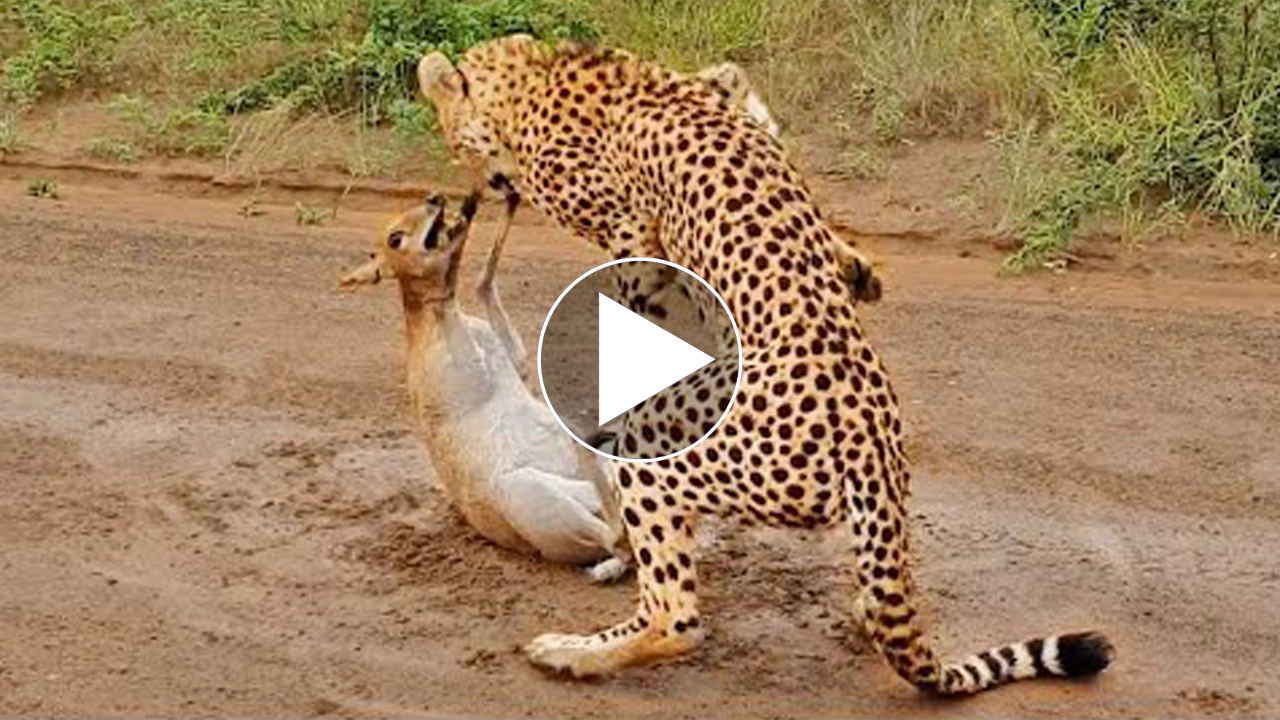 She suddenly started trotting across the road up ahead of me and within seconds increased her speed to a run. She disappeared in some long grass on the opposite side of the road and seconds later reappeared on the road holding a common duiker in her mouth, She seemed to struggle to get a good hold of it, as the wet clay soil on the road was quite slippery underneath her feet. The cries of the common duiker seemed to encourage her to work even harder to silence it as it could potentially attract the attention of other predators in the area.

It was interesting to see how she tried to use her body weight to pin the duiker down and how it retaliated by kicking back at her soft belly with its sharp little hooves when it got a chance, There was a moment where the duiker nearly slipped out of her grasp indicating how hard it was really kicking her. It took at least 6 minutes for the little antelope’s body to finally go limb, longer than one would expect, but he put up a good fight! At the end of the video, you can see her dragging the little antelope a little closer to where she left her cub and you can also hear her calling to it.

It all happened so quickly and I couldn’t believe my luck! She managed to successfully catch the little antelope so quickly and right in front of me. Once she pulled it onto the road it was hard not to feel sorry for the little antelope as it cried fighting for its life. But at the same time, I felt happy and excited for her as she managed to get some food for her and her cub. There was a point where I started to get worried that nearby predators might hear the cries of the Duiker and potentially steal her food from her. Luckily she and her cub were seen again later that afternoon with full bellies.