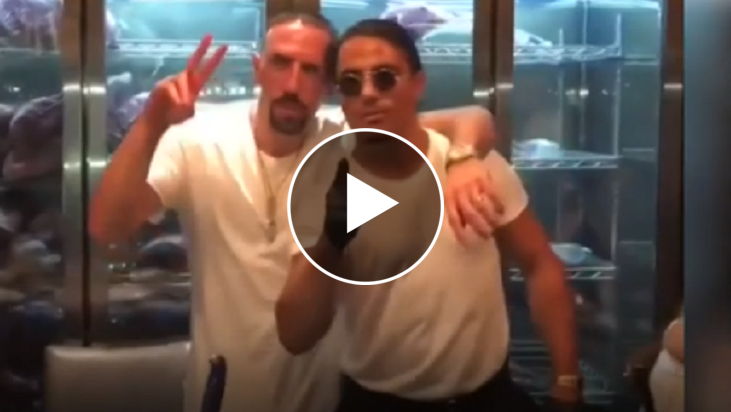 Bayern Munich winger Franck Ribery has been fined by his club for an expletive-laced social media outburst over the weekend as outrage over his comments continued to grow on Monday.

Politicians in Germany waded into the controversy surrounding the 35-year-old French footballer after he launched a profanity-laden attack following a trip to a Dubai restaurant. 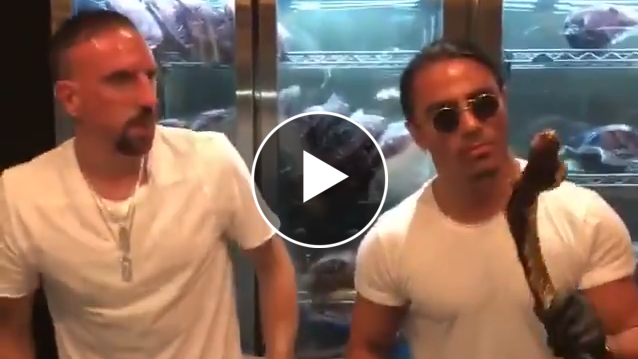 Ribery posted a video of himself preparing to eat a large steak covered in gold flakes, but there were many comments critical of his choice, especially from Bayern fans who have to dig deep into their pockets to buy match tickets.

The former France international, who has been involved in several serious off-pitch incidents during his career, responded with a fierce verbal attack on his critics, rarely seen by professional athletes.

“What Ribery eats is his decision but what is not acceptable is his choice of words,” Bayern state’s interior minister Joachim Herrmann told Bild newspaper on Monday, “As a celebrity, you are a role model in some ways”.

Other politicians, including members of parliament, have demanded a tougher stance from the club.

Ribery was fined an undisclosed amount on Sunday by Bayern Munich, who said he had not paid for the steak but had been asked to participate in an advertising campaign for the restaurant owned by celebrity chef Salt Bae, during his holiday in Dubai.

“Franck used words which we as FC Bayern Munich cannot accept and which Franck as a role model, as a player of FC Bayern, must never use,” Bayern sports director Hasan Salihamidzic said.

“I spoke to Franck for a long time yesterday and told him he would receive a hefty fine, He has accepted this punishment”.