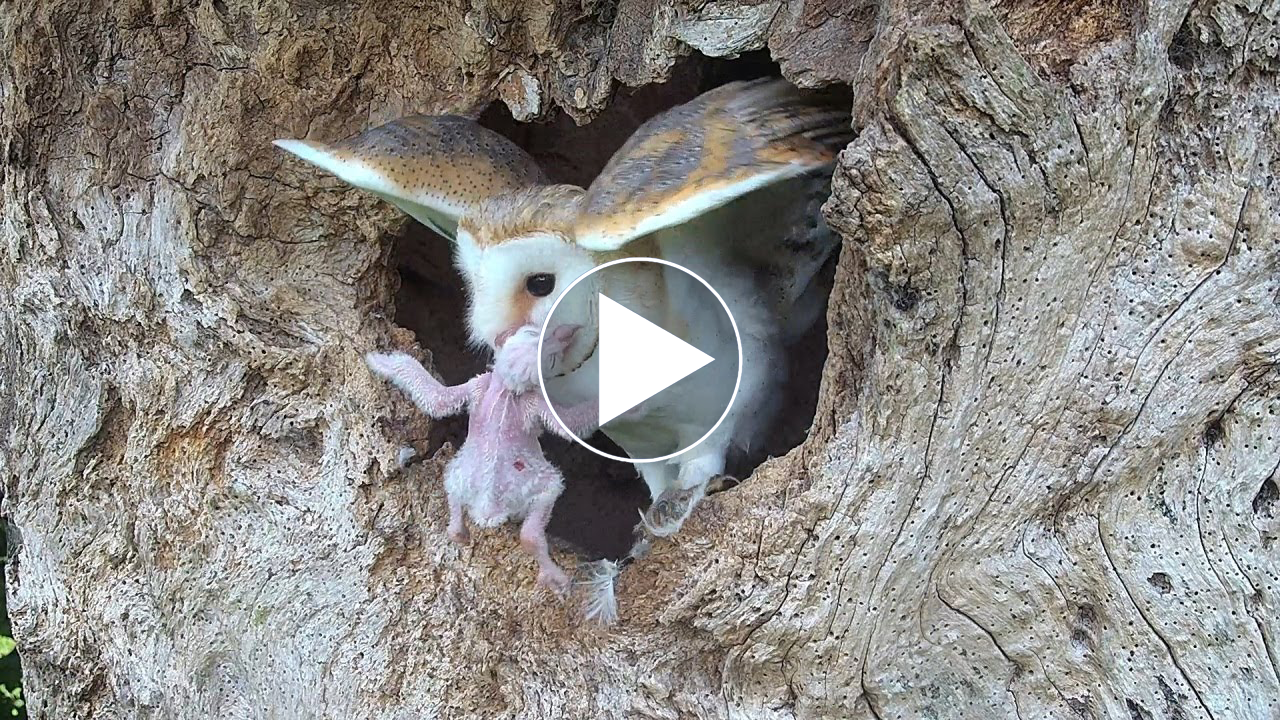 In the nest house, which I have observed for years and written reports about these owls, there was also a chick from the previous brood that had grown up in the meantime. Rosalie accompanied Juliet as she brooded and kept her company.

We were afraid that she would do the same thing that Solo did, but Romeo (her father) threw her out of the nest shortly before the new chicks hatched. Rosalie was also the only chick that grew up in this clutch. All of her siblings died when they were a few days old. Thank you for this video. I think I know your feelings.

What strikes me is how utterly stunned and saddened the mother owl looks in the seconds after Solo leaves with the chick in her mouth. It’s like it was so jarring and upsetting that she almost forgot to give chase. I feel so sorry for her and the baby chick!.