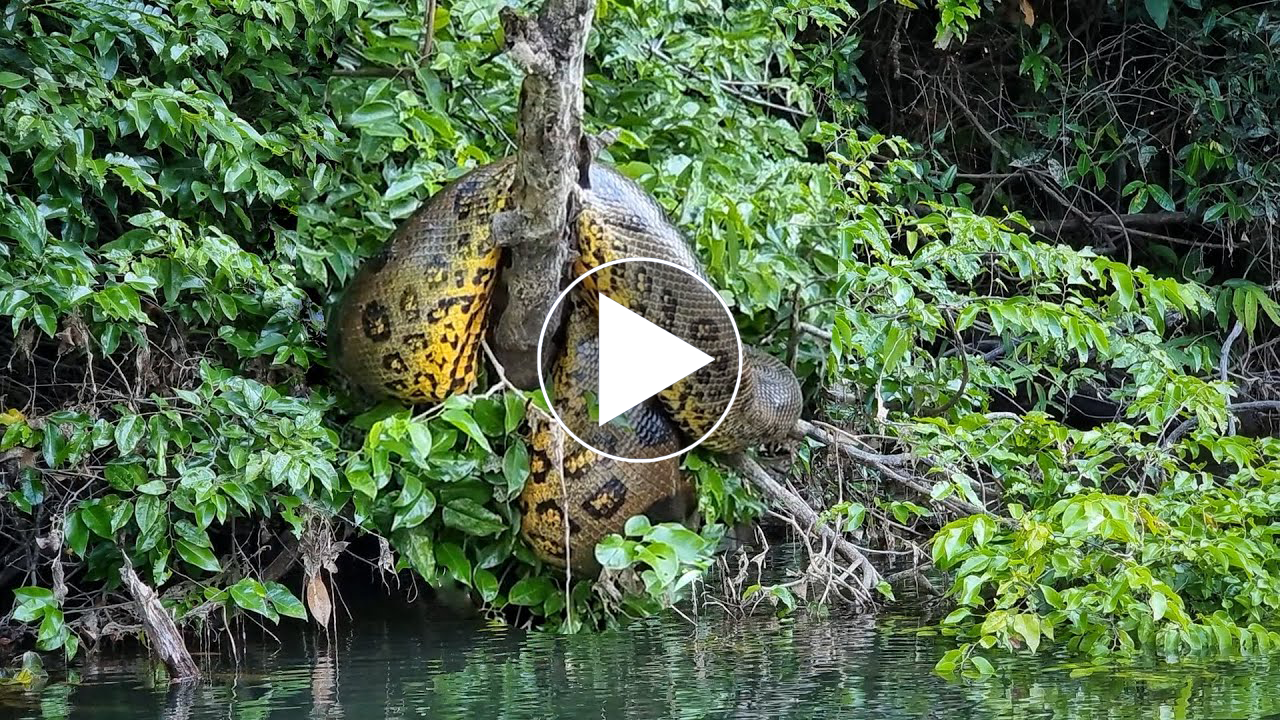 We found the biggest and most feared predator in the Amazon, a gigantic anaconda (anaconda) sleeping, sunning itself on top of a log, A frightening and enchanting scene, a magnificent encounter that I always dreamed of and has now been realized!.

Only those who have seen such a monster know how exciting and scary it is at the same time! I’m an Environmental Manager, I also live in Rondônia and I’ve already come across some specimens, some smaller and some monstrous!.

The anaconda is a practically harmless and beautiful animal! She’s sunbathing or digesting and has an almost 99% chance that she wouldn’t make any attacks on the fishermen! If she felt threatened by them, surely she would have evaded, rather than making any kind of attack!.