Anaconda over 6 meters is spotted in the Aquidauana river 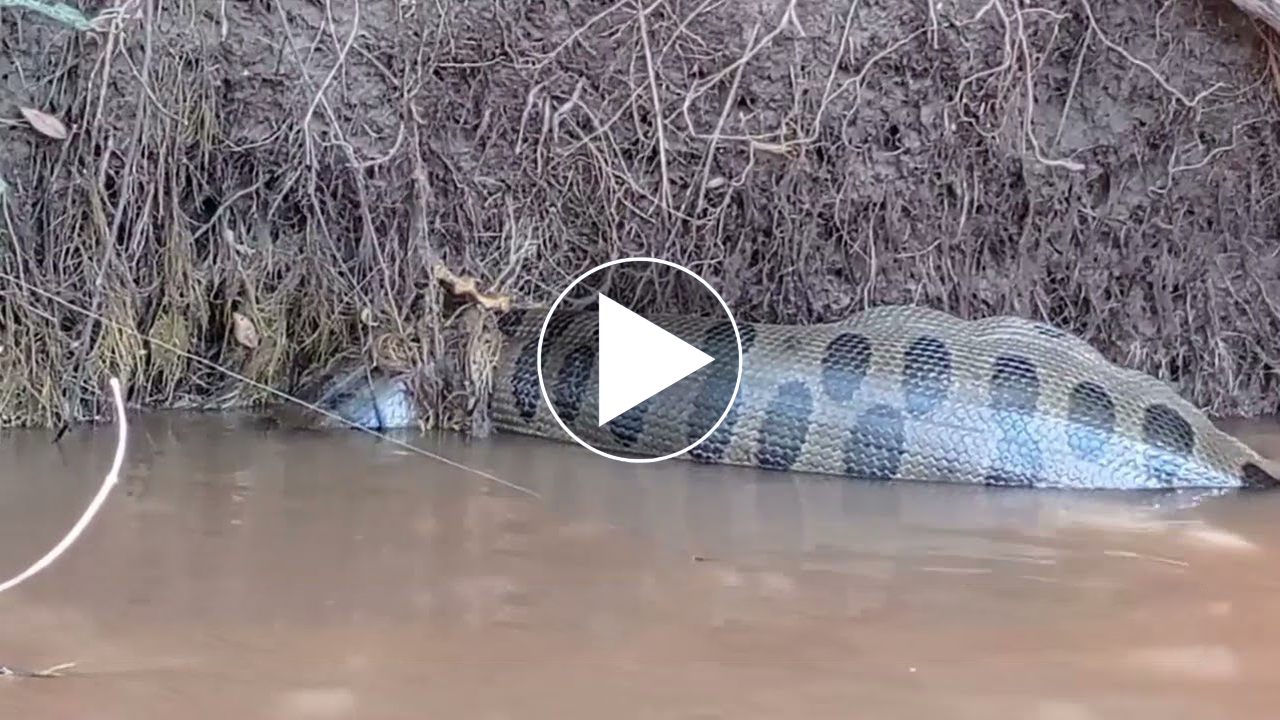 On the afternoon of last Monday (27), a group of canoeists captured a typical scene from Mato Grosso do Sul: on the descent of the Aquidauana River, between the district of Palmeiras (Dois Irmãos do Buriti) and the district of Piraputanga (Aquidauana), near MS 450 ms-450 and Estrada Parque de Piraputanga, saw an anaconda measuring at least 6 meters.

The reporting team from the newspaper O Pantaneiro went to the place to confirm the statements, and saw the reptile in the riverbank, digesting prey, probably a capybara or a medium-sized prey.

Fisherman Adilson told the O Pantaneiro team that he was going to rescue an ox that was near the river when he saw the snake.

I was at home when a neighbor called me to rescue a small ox that was down and stuck near the river after we managed to complete the rescue, we came across an anaconda that had swallowed an animal, probably a calf that disappeared from a nearby farm We won’t be able to confirm what it was because we only observed it from afar, he said.

The anaconda is a snake of the Boidae family, belonging to the genus Eunectes and its geographic distribution is restricted to South America.

These snakes live near streams, rivers, and lakes. Despite not being agile in a terrestrial environment, they are very fast in the water and can stay up to 30 minutes without breathing. They have crepuscular and nocturnal habits.

The strategy used to hunt is the stalk followed by the boat. The anacondas are not venomous, as they do not have venom-inoculating teeth, but their bite is strong enough to stun their prey, which is quickly engulfed by the snake’s strong and robust musculature.

They use this tactic on animals that approach water bodies to drink, surprising their potential prey by lunging and killing it by constriction and drowning. In the diet of anacondas, it is possible to find several vertebrates, such as fish, frogs, lizards, alligators, birds, and rodents.

They are viviparous snakes, being able to give birth to more than 50 young in a gestation period of eight months, with sizes between 60 cm and one meter in length. Females are larger than males, reaching sexual maturity around six years of age. In general, anaconda species can live for up to 30 years.