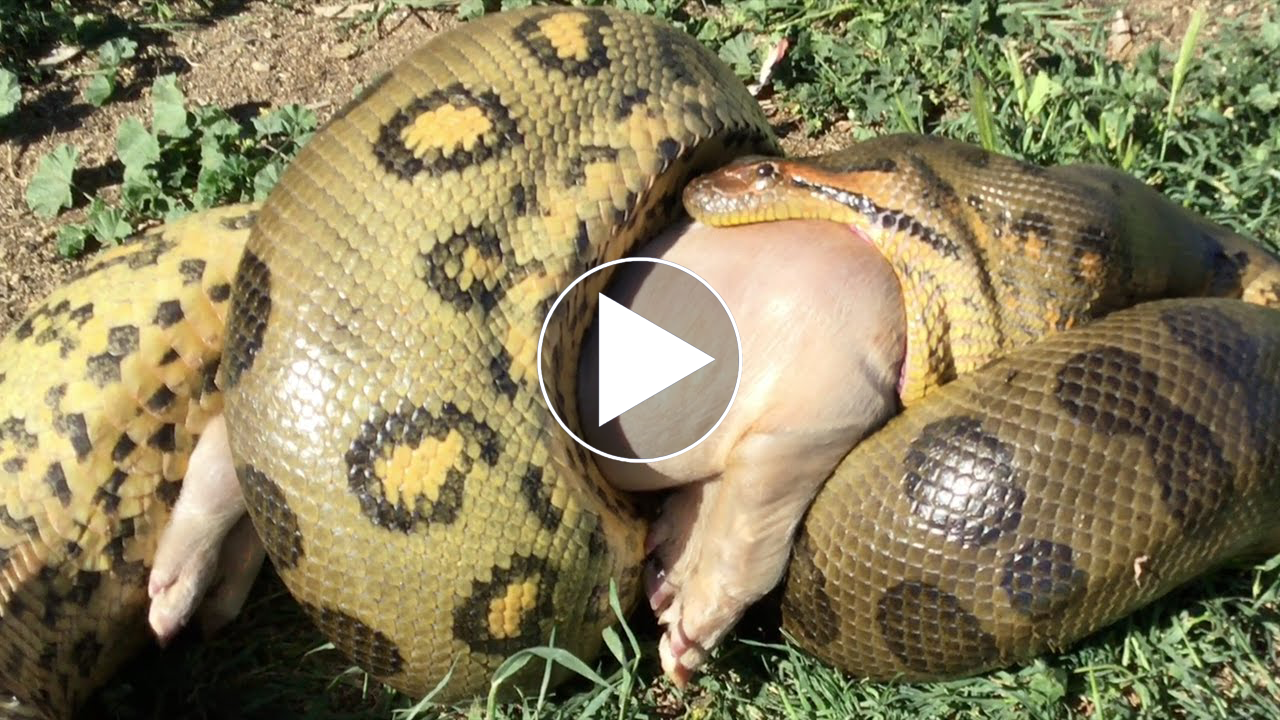 The green anaconda (Eunectes murinus) is the largest snake in the world by weight and the second-longest.

Shows the pterygoid walk of the snake’s jaws, Quadrate bones at the back of snake’s skulls at attachment points to lower jaws are not rigidly attached, They pivot allowing vertical and horizontal rotation, This allows ingestion of large prey such as this pig.

This video focuses on the science of snake behavior to support a master’s thesis, Video is for citations for junior high school, high school science reports.

Super-sized meals such as this pig do not intimidate snakes, Unlike a mammalian jaw which is built for brute chewing or biting force as you can see in this video a snake’s jaws are connected with tendons and ligaments that gives it a gymnast’s flexibility.