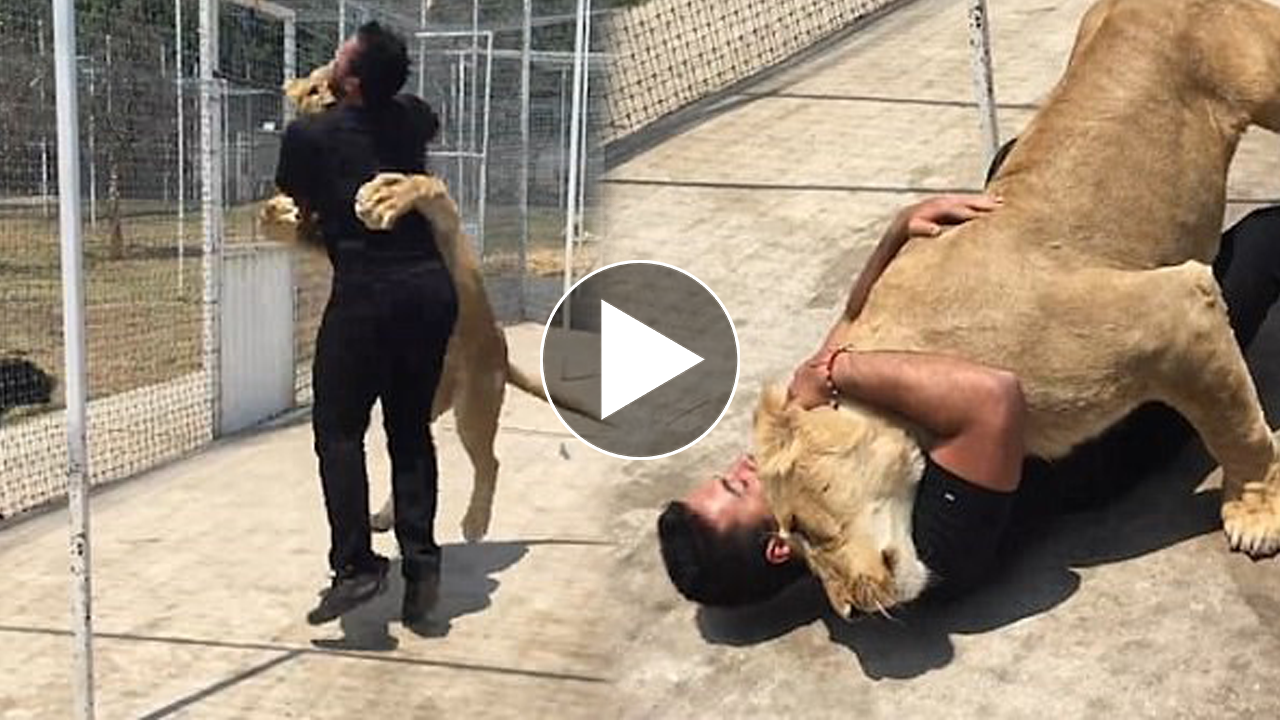 This is the touching reunion of a lioness with the guy who nurtured her as a youngster.

Kiara, who was named after a character from the Lion King, waited patiently for her adopted father before rushing at him with glee. 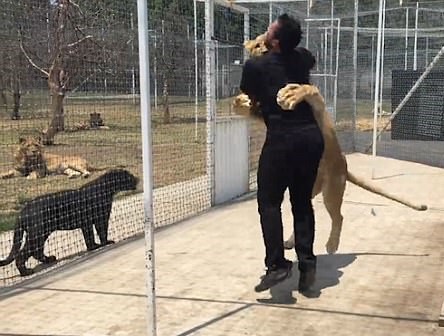 Kiara can sense her father, a guy named Adolfo, even before he reaches the enclosure and enthusiastically paces about the yard. 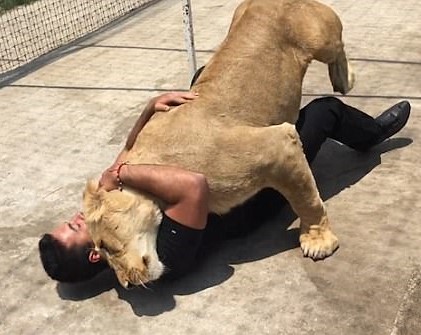 She leaps at him and meets him with a strong hug as soon as he enters the enclosure.

With a leap, she knocks him to the ground and begins nuzzling him while continuing to snuggle him.

They continue to wrestle and hug for several minutes, and fortunately for us, the incident was caught on camera. 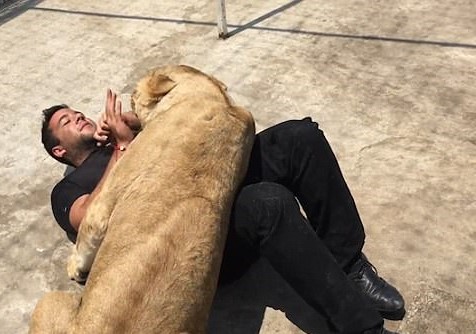 Kiara was saved by Adolfo when she was a newborn, but she recently had to be transferred to the Black Jaguar-White Tiger Foundation due to her need for specialized care. 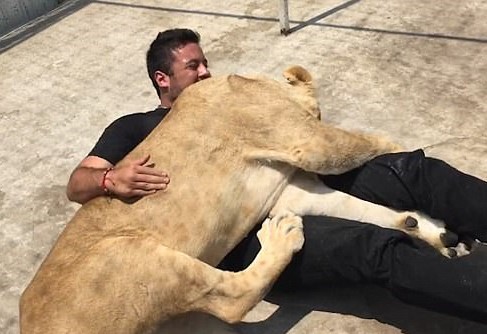 The charity, which is situated in Mexico, is dedicated to saving large cats, Their purpose is to “rescue Big Cats from unfortunate circumstances and give them with the finest lifestyle available, a life controlled by Love and Respect.”