After she ‘Collapses To The Ground,’ Monkey ‘Gives Pal Mouth-To-Mouth’ Like a Human

This is the moment when wildlife photographer William Steel grabbed the perfect snap of what appears to be one monkey performing CPR and mouth-to-mouth resuscitation on another monkey. 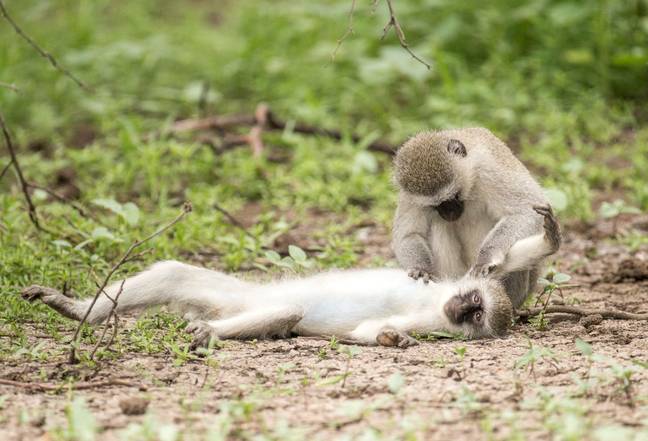 “The female monkey dropped to the floor, both legs and arms stretched out, in what I can only characterize as dramatic fashion,” William explained.

“At first, I couldn’t figure out what was going on, but as I was picking up my camera, another monkey sauntering in grabbed the monkey on the floor by the mouth and appeared to administer CPR.” 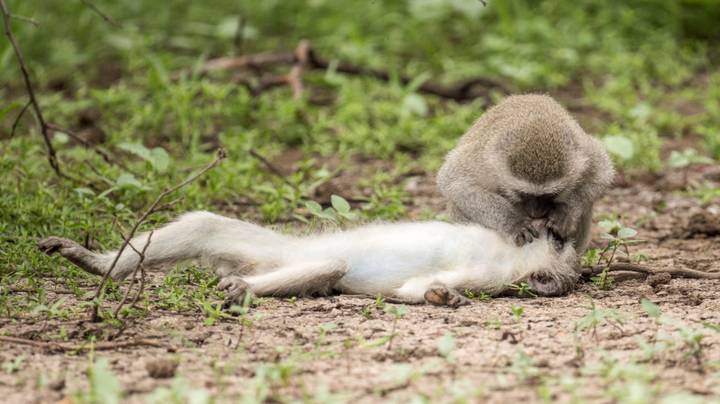 “Upon consideration, I believe the act was really a scream for female attention.”

The photo was taken in Botswana’s Gaborone Game Reserve. 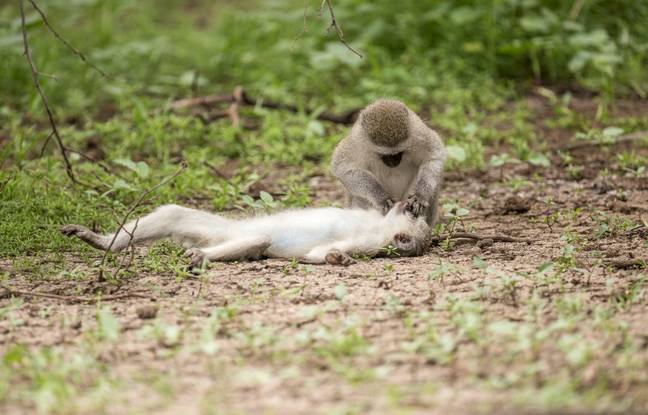 While it appears that the monkey is conducting CPR on his friend, he is actually grooming her while she sleeps.

“The troop has a clear and vital hierarchy, and its social group, like humans, is largely predicated on the principle of ‘if you scratch my back, I’ll scratch yours.’ 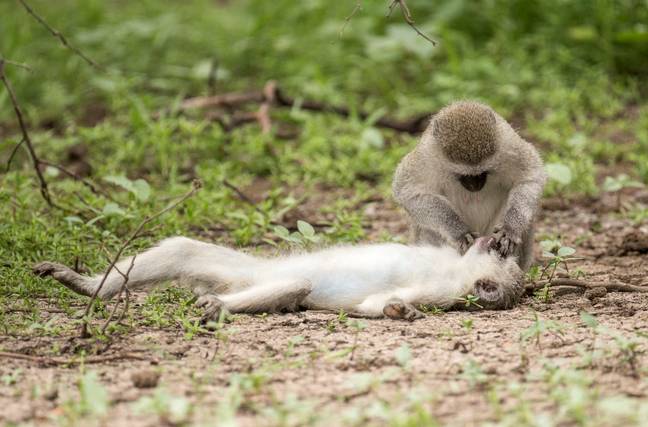 “Grooming plays a big role in the formation of bonds. This has frequently been seen extended to assist in the cleaning of wounds and even the nursing of injured troops. 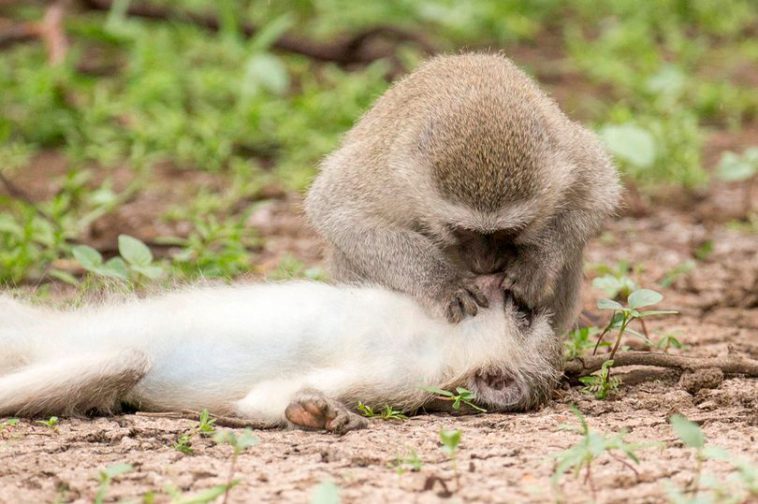 “In my opinion, attention-seeking individuals can occasionally misuse this compassion. It was a fun occasion to photograph.”