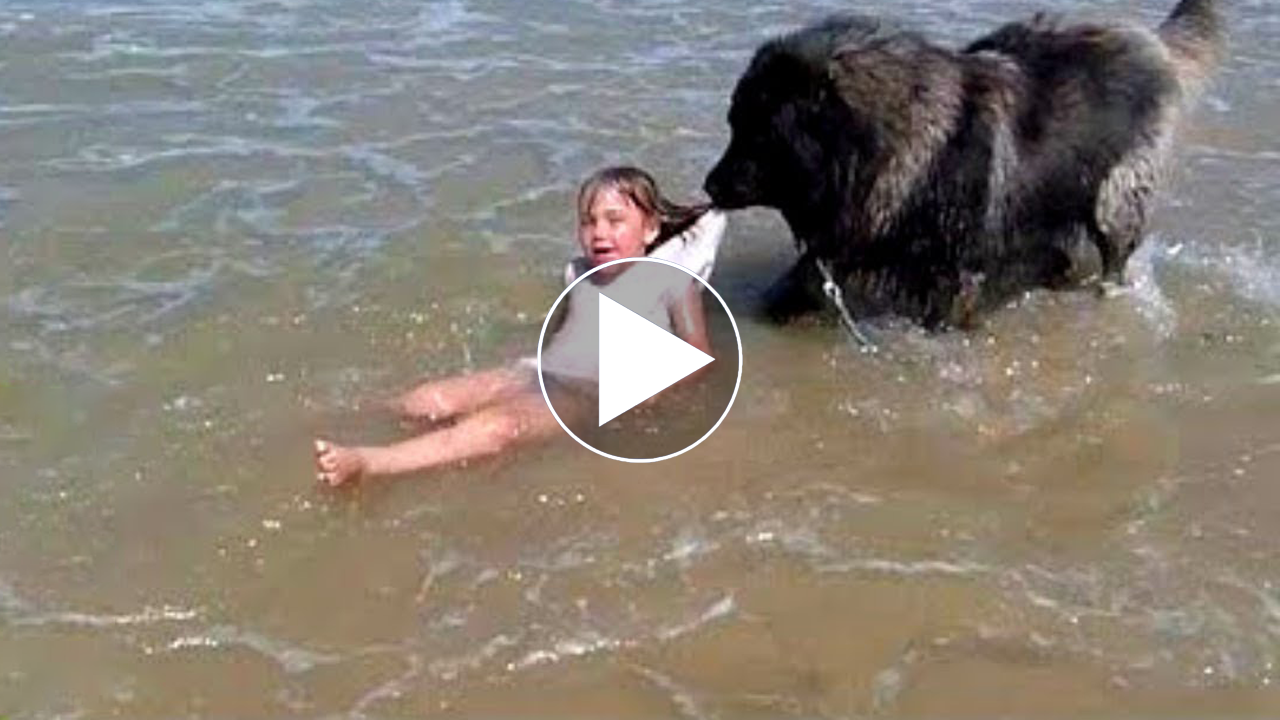 Matyas was swimming with his owner’s granddaughter in the ocean in Gouville-sur-Mer, France, when a little ripple smashed over her. 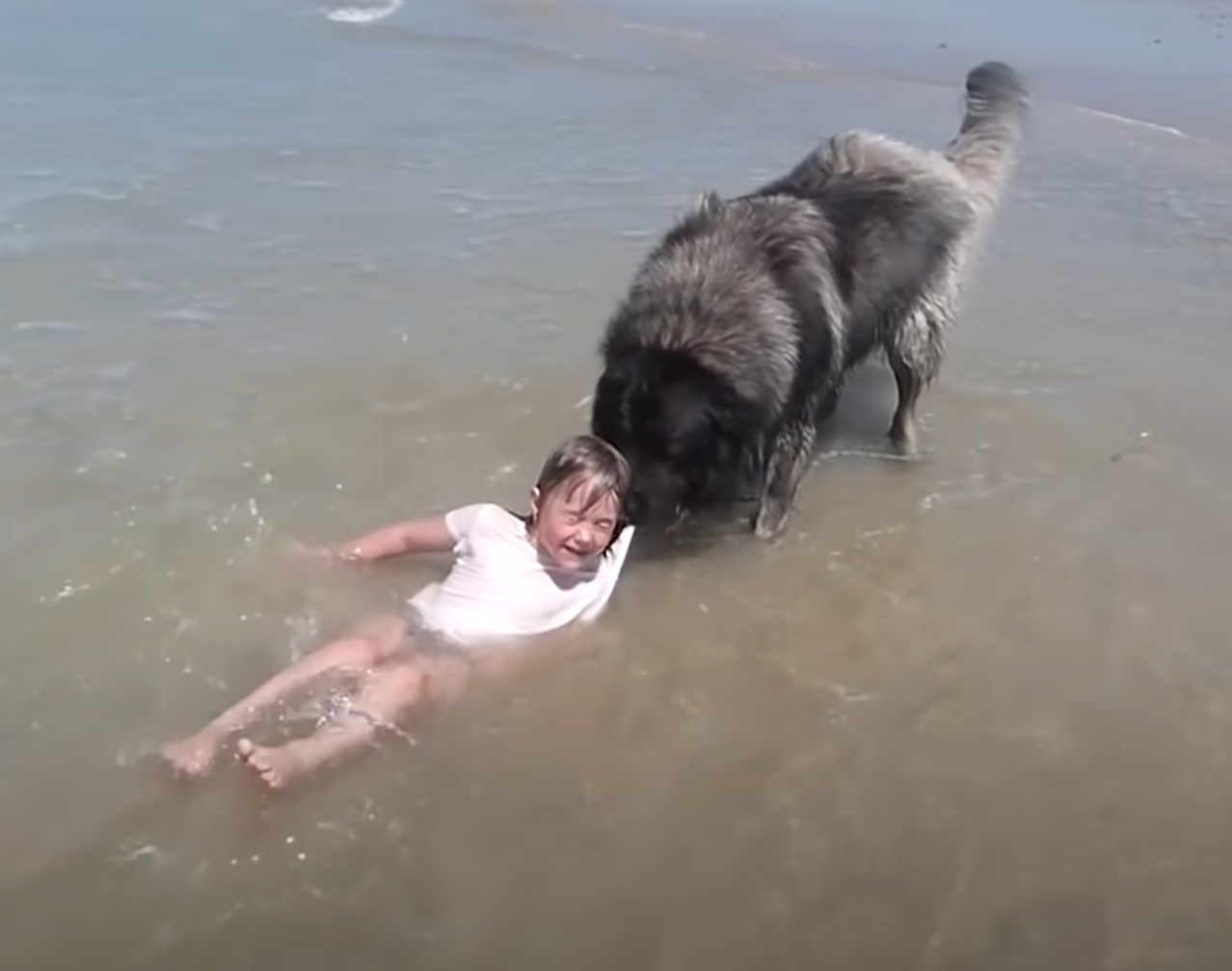 The dog gently grabbed her shirt with his teeth and brought her towards the beach, deciding it was too hazardous for her to continue her leisurely swim. 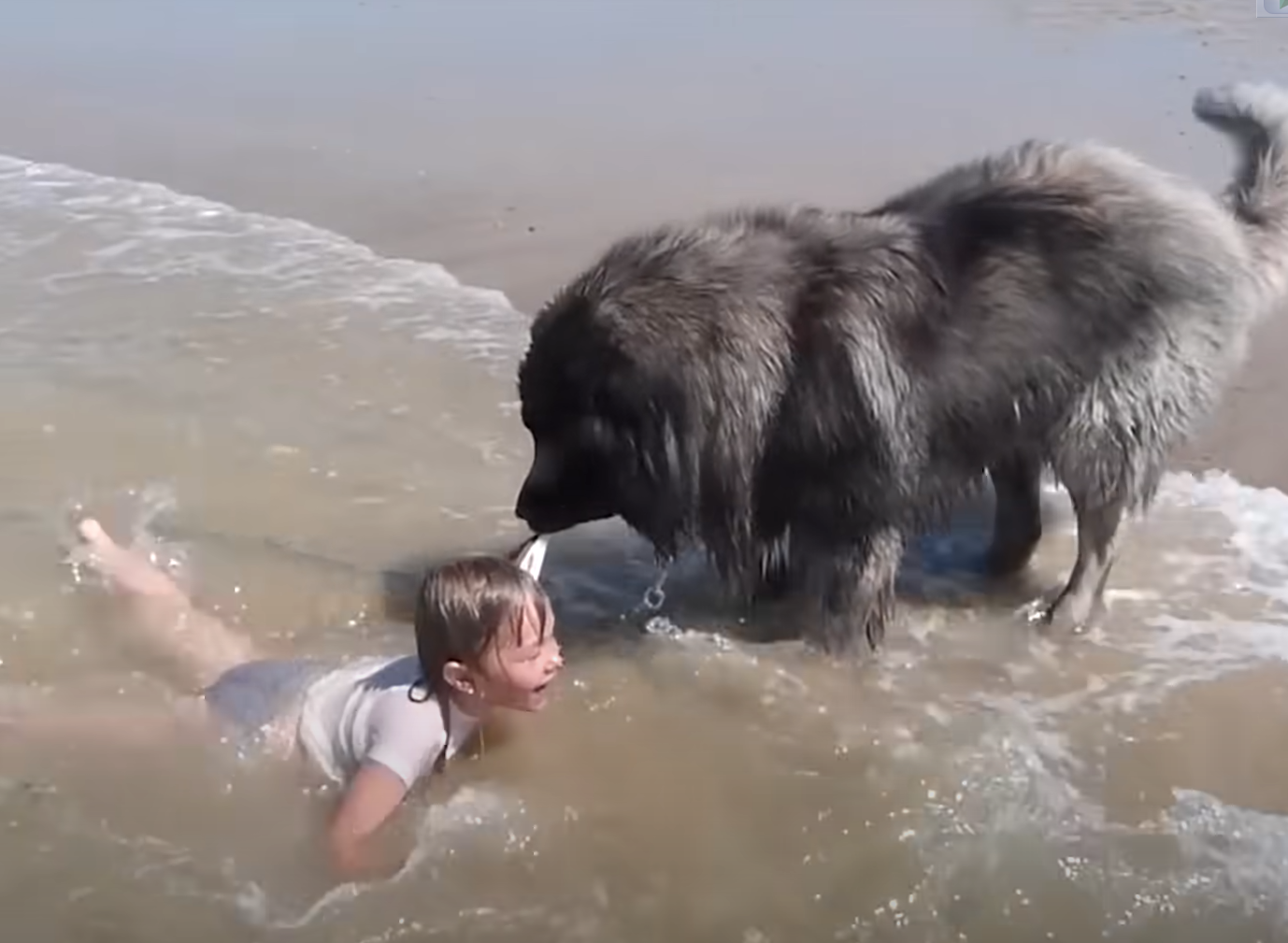 As she was led to safety, the child thought this very hilarious and let out peels of laughter.

A friend of mine had two golden retrievers, I used to play with them on the beach and they wouldn’t allow me to go too far.

I guess they thought I could drown, I still have a scar 3 years later from one day one of them hit me when trying to rescue me in a river, They were lovely and kind, Both have passed away, Miss them.