Adorable Footage Of A Rainbow Lorikeet Kissing A Rescued Koala 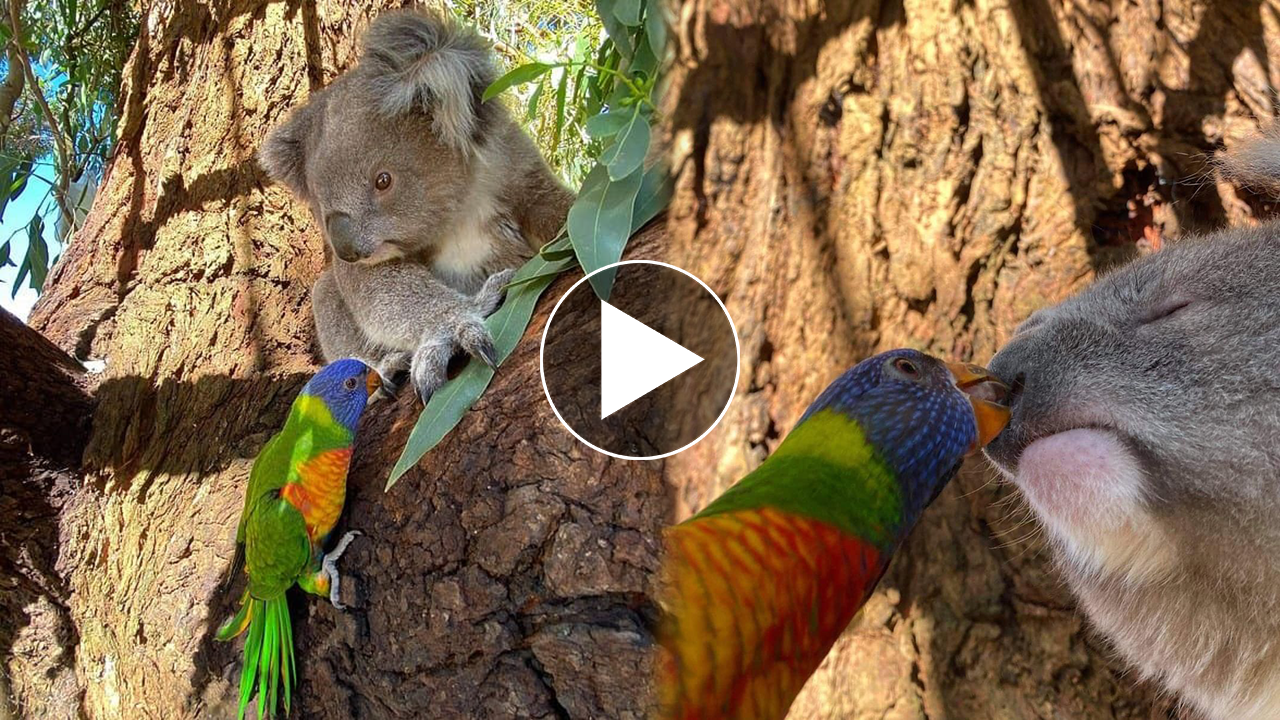 A small act of kindness sometimes changes one’s life forever, It can warm and melt the coldest hearts.

There are many kind-hearted people out there who wide open their hands and give you big hugs when you need them most, A beautiful friendship or an inseparable relationship gradually blossoms.

This can also be seen in the animal world, Animals of two different species don’t hesitate to bond with each other, The koala and the rainbow lorikeet in this story is an example. 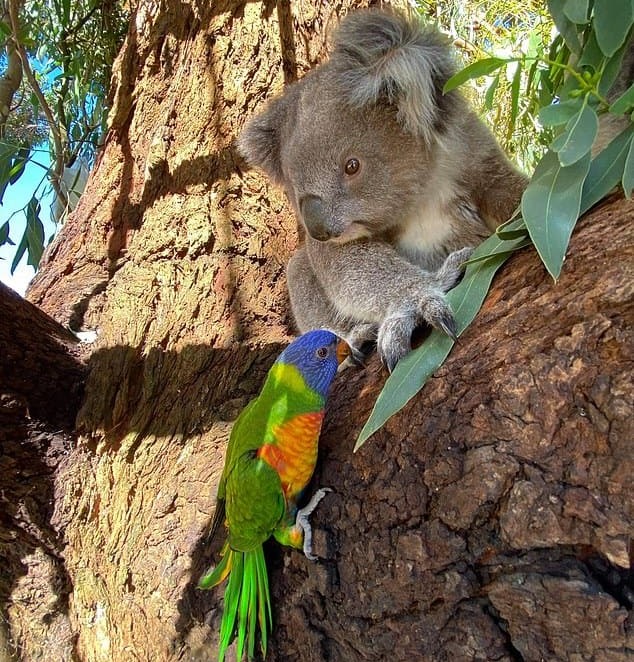 The odd friends have been rescued and taken to the Mosswood Wildlife Sanctuary in southwest Victoria, Australia.

The koala lost his mom in an accident when he was just a year, The staff at the sanctuary came to rescue him and offer him a cozy home. 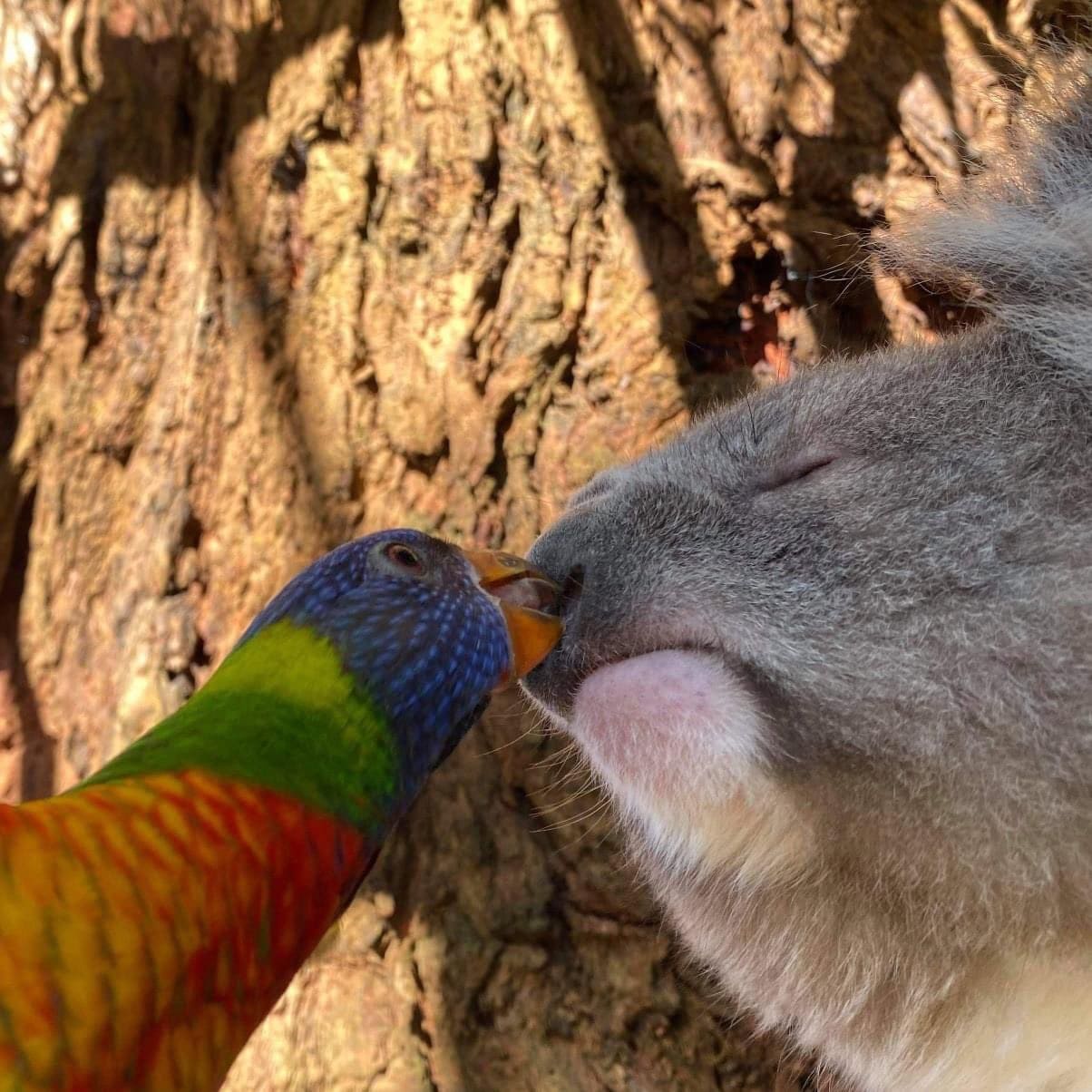 Now the adorable boy is 2 years old and is growing up in love and care of humans here.

Regarding the cheerful and energetic rainbow lorikeet, he arrived at the sanctuary just a few months ago.

The poor creature was spotted laying down flightless on the ground in the city by some passersby. 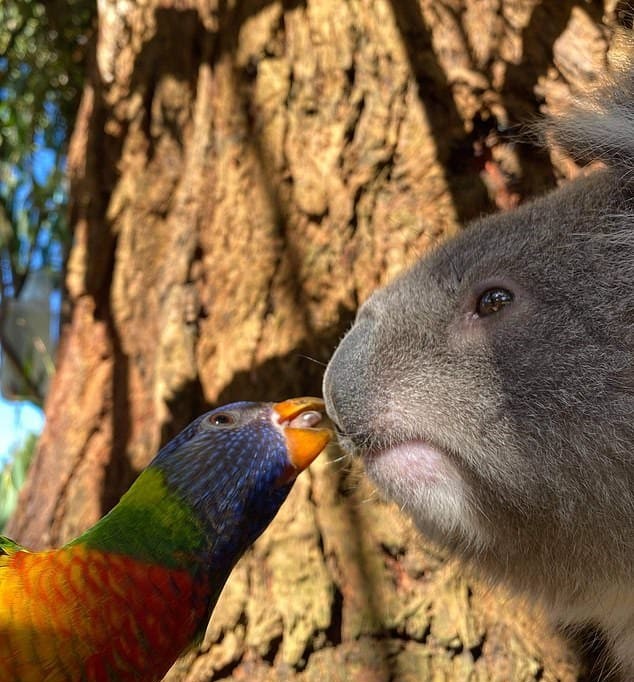 When the lorikeet first met the koala, he immediately had a special affection for that big friend.

He tried to approach the koala and befriend him, The colorful parrot even did one thing that got the volunteers astonished, He stole a sweet kiss from the koala.

However, it seemed that the koala didn’t really like his friend’s kiss. The animal licked his nose after the lorikeet pecked it. 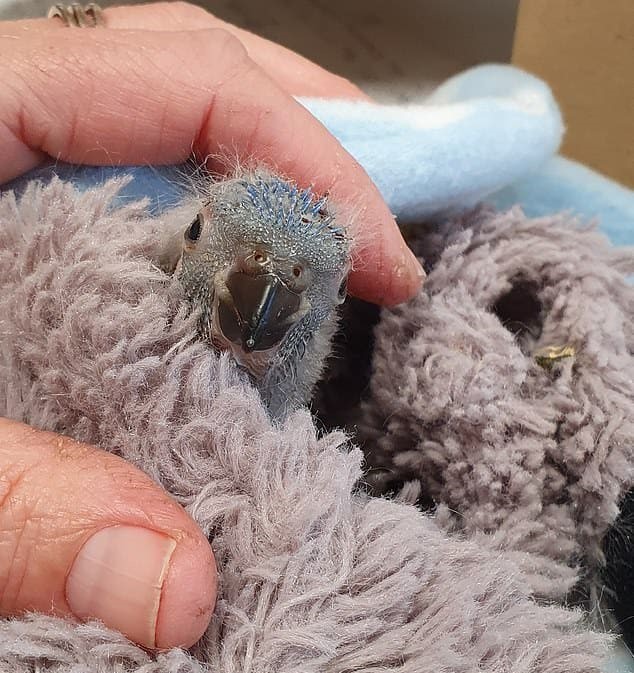 Those hilarious yet adorable moments were captured on camera, It gained millions of views after being shared on the Internet by Mosswood Wildlife.

People can’t get enough of the funny expressions of the duo.

And you, do you love these cute pairs? Let’s share the article with your family and friends!.